SEOUL, Aug. 6 (Yonhap) -- Ex-Prosecutor General Yoon Seok-youl, the leading opposition presidential contender, has recently come under intense media scrutiny over a series of blunders that have cast doubts on his public image.

Yoon declared his presidential bid in late June after resigning in March as prosecutor general over an extended feud with the ruling bloc over prosecution reform. After campaigning for about a month as an independent, the prosecutor-turned-politician joined the main opposition People Power Party last week.

Yoon commanded strong public support even before entering politics, having dominated the top tiers in various public polls for months. He, however, has found himself caught up in blunders one after another over questionable statements to the press as of late.

The latest gaffe surfaced in an interview with a Busan-based regional newspaper Wednesday, in which Yoon reportedly suggested that Japan's crippled Fukushima power plant had no problems in terms of safety, saying that "basically radiation leaks did not occur as the power plant itself wasn't destroyed." 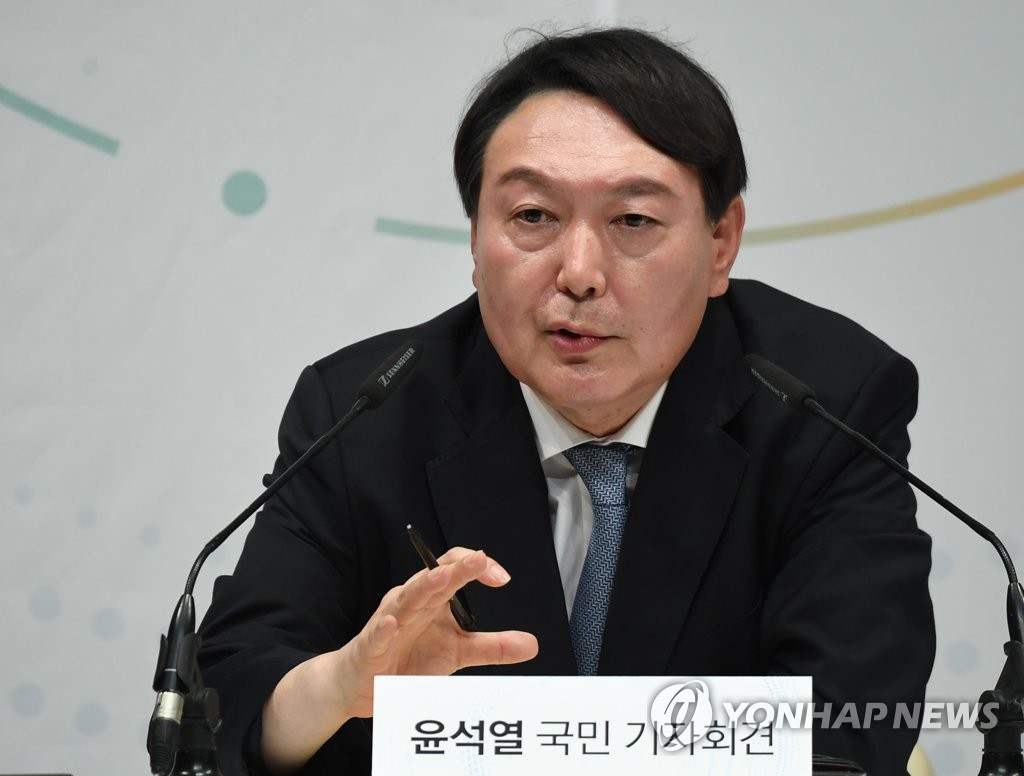 The controversy was compounded after it was learned that the newspaper deleted the problematic statement from the online story at the request of Yoon's campaign team. The team stated that the initial version of the interview did not properly articulate the candidate's intention.

Before that, Yoon came under fire over his comments regarding substandard quality food.

"Poor people should be allowed to choose to have inferior food to eat at lower prices," he said in an interview with Maeil Business Newspaper while sharing his views on government regulation. This statement didn't appear in the text version of the story but was published later in a video.

In criticizing President Moon Jae-in's so-called 52-hour workweek policy, Yoon called for more flexibility for corporate managers, saying that, for example, employees at a game development studio should be able to work up to 120 hours a week during peak season and given ample downtime when work was slow.

South Korea has among the longest working hours among the member states of the Organization for Economic Cooperation and Development, and the 52-hour workweek policy was adopted to try to relieve the burden on workers.

Yoon was also blasted earlier this week after implying that the growing feminist movement in South Korea was somehow a factor in the country's low birthrate. 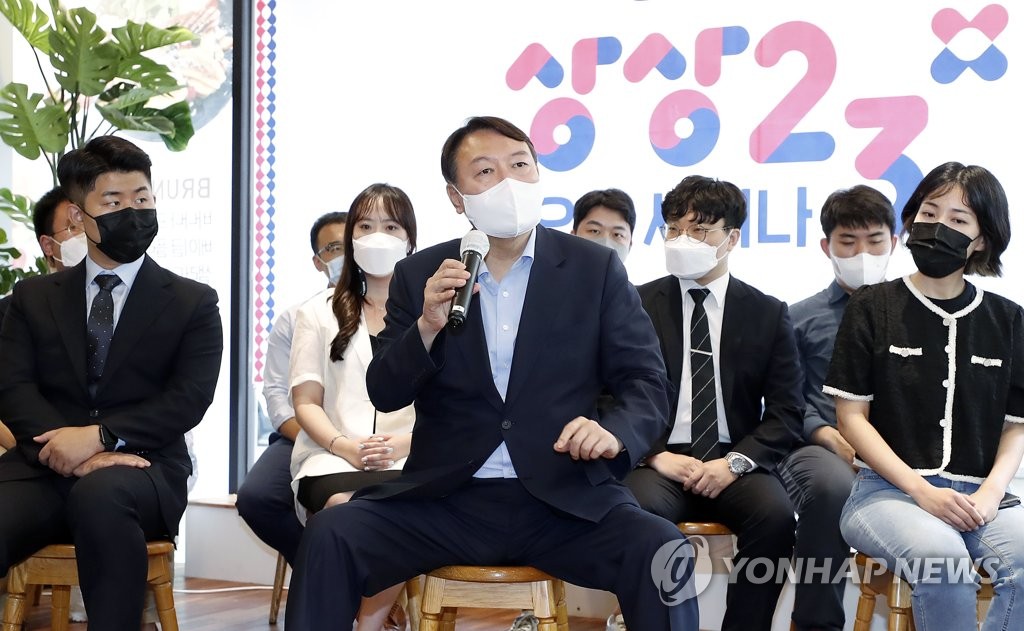 Besides what are being perceived as loose cannon statements, Yoon's quirky habits have also caught the attention of the media, such as the constant turning of his head left to right while speaking and the frequent so-called manspreading behavior in public.

The growing negative optics surrounding Yoon appear to have taken a toll on his polls.

In a new Gallup Korea poll on the presidential race released Friday, Yoon fell to second place with 19 percent, outpaced by Gyeonggi Province Gov. Lee Jae-myung of the ruling Democratic Party, who garnered 25 percent support in the survey conducted on 1,001 voters between Tuesday and Thursday.

In light of the growing negative optics, Yoon's team has recently hired a professional image consultant to help him speak more articulately and improve his mannerisms.

Yoon, who has been on a four-day vacation since Thursday, is expected to work on refining his speaking and demeanor in public while fine-tuning the vision and direction of his campaign policies. His team is reportedly planning to announce a list of special advisers and launch a policy advisory group next week.

"We still have a lot of time until the party's primary begins. It's enough time to rectify issues that have been raised and even make up for lost points," a member of Yoon's campaign said.