SAITAMA, Japan, Aug. 6 (Yonhap) -- With another round in the books, South Korean players remained outside gold medal contention at the Tokyo Olympic women's golf tournament Friday, though a bronze medal may be within reach.

World No. 2 Ko Jin-young and fourth-ranked Kim Sei-young are tied for 10th at seven-under par after 54 holes at Kasumigaseki Country Club in Saitama, Japan.

Nelly Korda of the United States, who dethroned Ko as world No. 1 in June, stayed in first place at 15-under, following a round of two-under 69 on Friday. 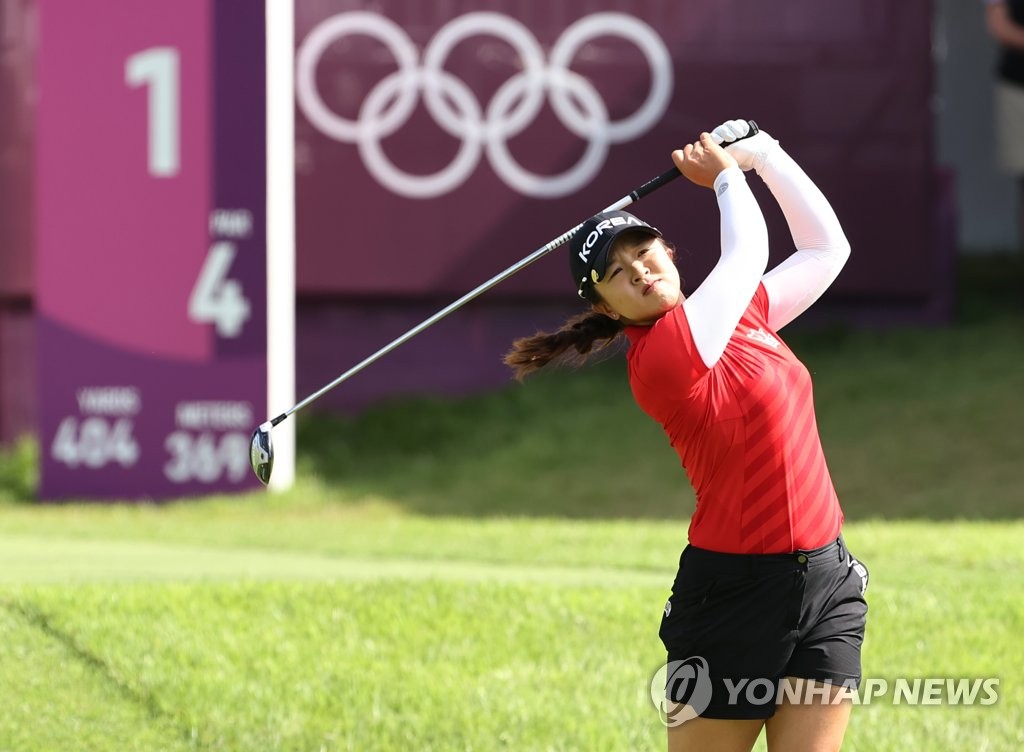 Kim shot a 68 with four birdies and one bogey. Ko birdied the first hole but then picked up only one more birdie the rest of the way, while also committing two bogeys for a 71. Both are three back of the bronze medal position, currently occupied by four golfers.

Kim Hyo-joo is two strokes behind Kim Sei-young and Ko is in a tie for 18th. Park In-bee, the defending champion, is at three-under after shooting 71 on Friday. She's tied for 25th.

South Korea had the deepest team in the field, with four of the world's top-10 players, all of them with at least one LPGA major title. 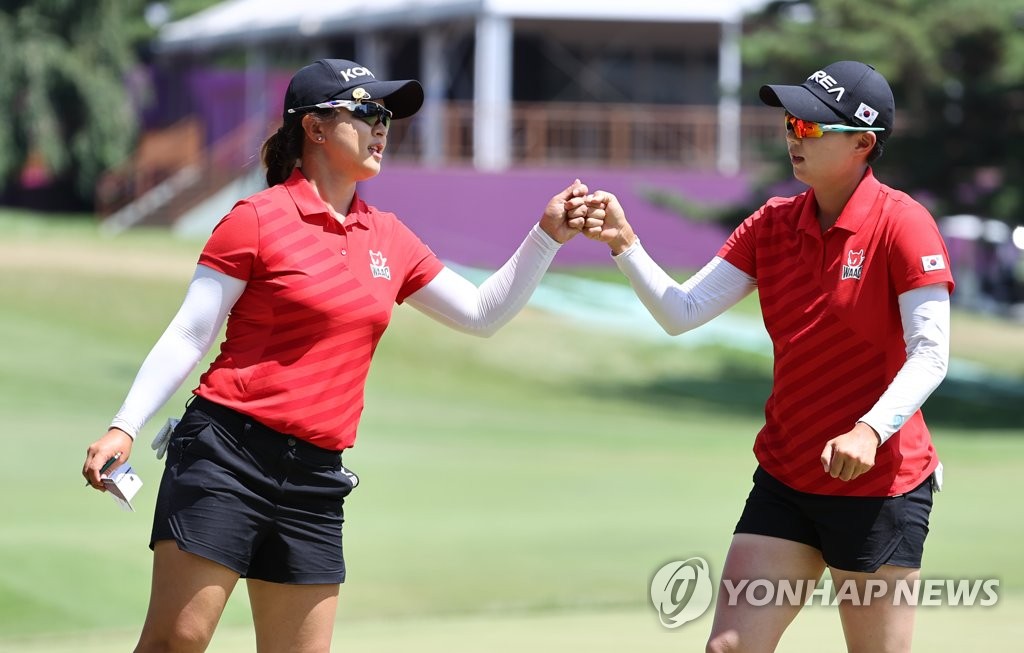 But Korda, who has three LPGA victories this year, is trying to run away with the gold. Aditi Ashok of India sits three shots behind. Lydia Ko, the 2016 silver medalist from New Zealand, is in a four-way tie for third at 10-under.

With a typhoon approaching the region, the starting time for the fourth round has been moved up to 6:30 a.m., and the players will tee off at both the first and 10th holes.

Depending on weather conditions, the tournament could be shortened to 54 holes or the final round could be played Sunday, the last day of the Olympics. 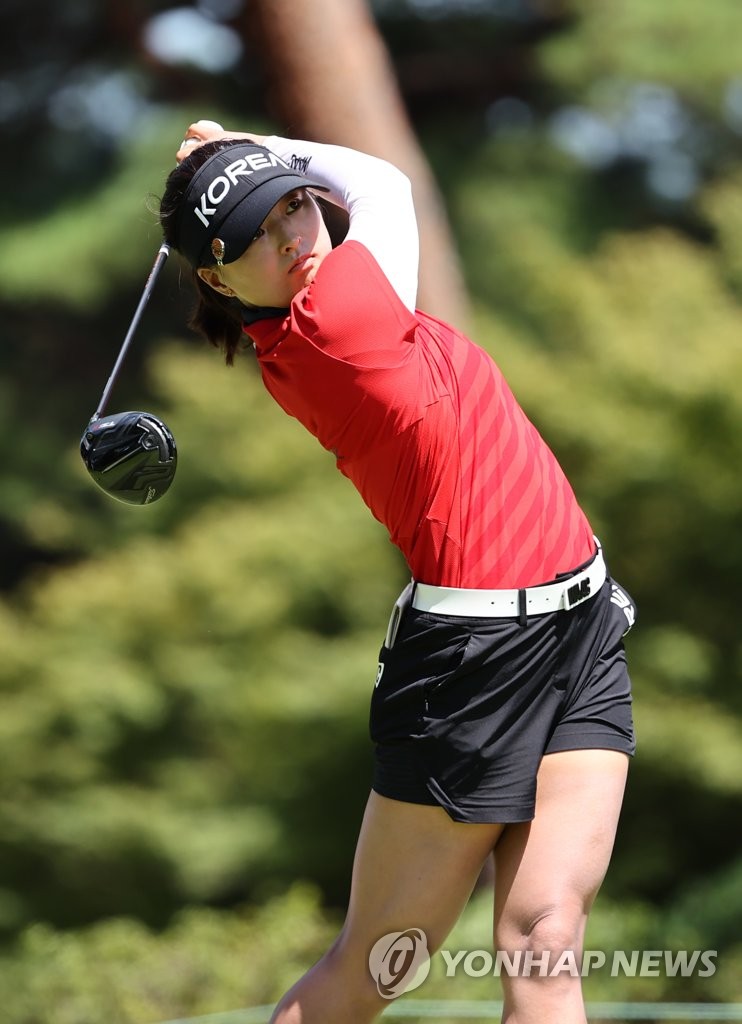