SAMCHEOK, South Korea, Aug. 6 (Yonhap) -- A scenic beach in South Korea's eastern coastal city of Samcheok has seen an influx of visitors thanks to its growing popularity as the location for K-pop superstar BTS' photo shoot for its megahit single "Butter."

The city government of Samcheok, about 290 kilometers east of Seoul, saw its otherwise serene beaches emerge as the most popular seaside tourist destinations in Gangwon Province this summer after installing a BTS photo zone on Maengbang Beach.

Maengbang Beach earlier received the seven-piece boy band for its project to shoot concept photos presenting the Billboard chart-topping summer song "Butter" against the backdrop of the blue sea. 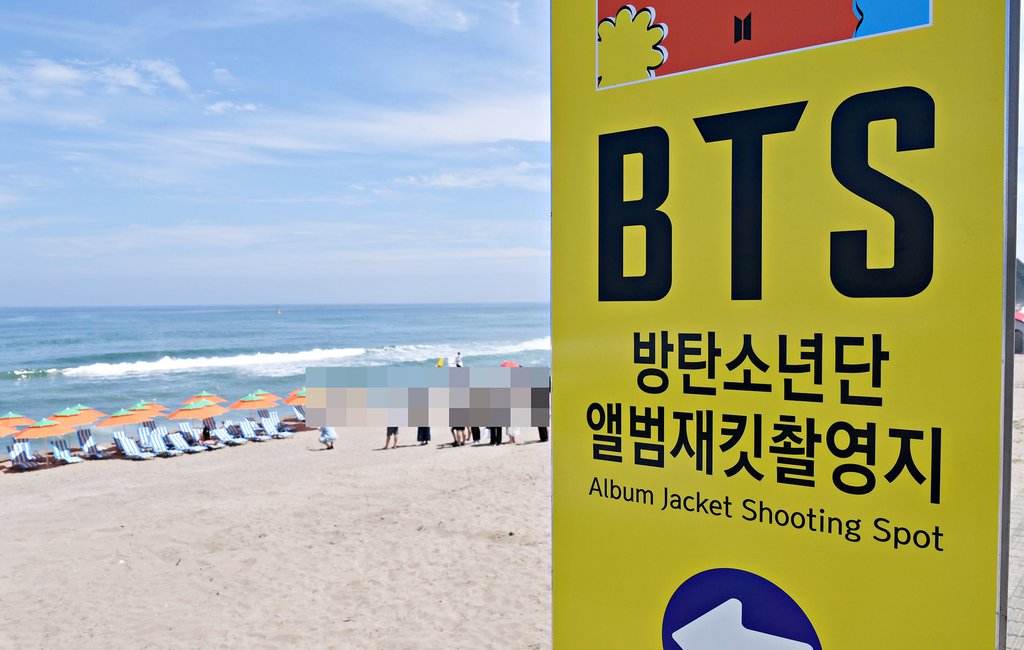 Marking the event, the city re-created some of the shooting set in the beach's BTS photo zone, and it quickly started to draw BTS fans and other tourists to the scene despite the ongoing travel and gathering restrictions due to COVID-19.

Ten beaches in Samcheok attracted only about 192,000 beachgoers from the beginning of the summer until July 30, ranking as the second least visited of the dozens of beaches in the province's six tourist cities adjoining the East Sea, according to the city government.

Within a span of four days until Wednesday, however, Maengbang Beach soared in popularity to draw nearly 8,000 visitors every day thanks to the BTS marketing, quickly advancing the beaches of Samcheok as the second most visited beaches in Gangwon Province as of Wednesday.

"People have been lining up to take photos at the BTS zone on Maengbang Beach, even during the weekdays," a city government official said, adding that the municipality plans to offer more BTS-related tourist programs. 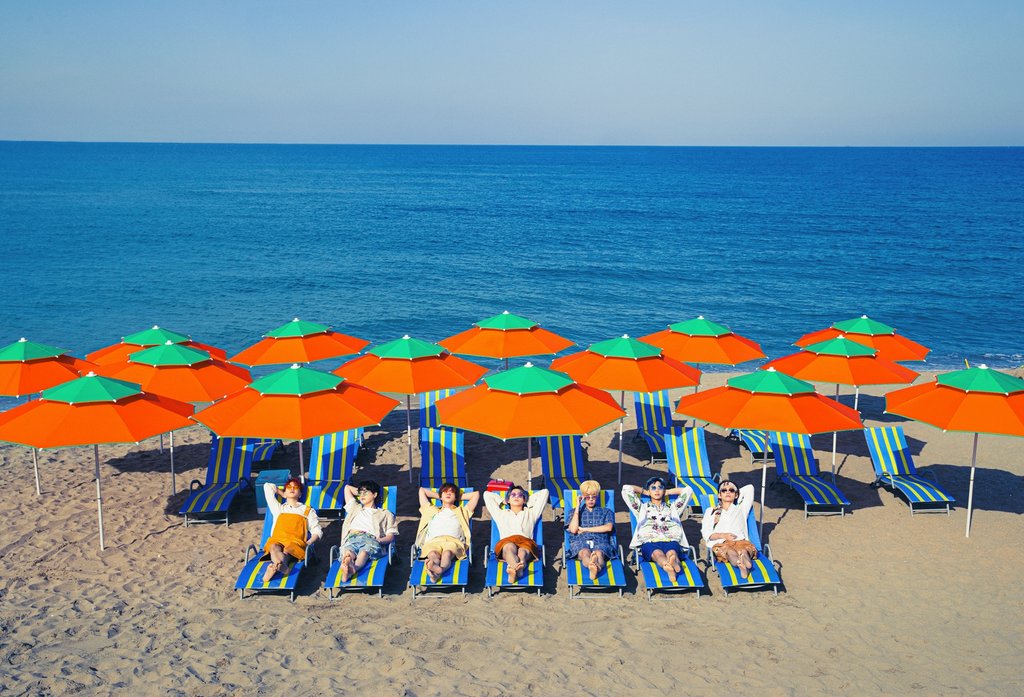