She is succeeded by Yeo Han-koo, who served as the presidential secretary for New Southern and New Northern policies after taking various positions at the trade ministry.

Since taking office in 2019, Yoo has spearheaded negotiations of a handful of trade deals, including those with Indonesia and Cambodia, which currently await official implementation. 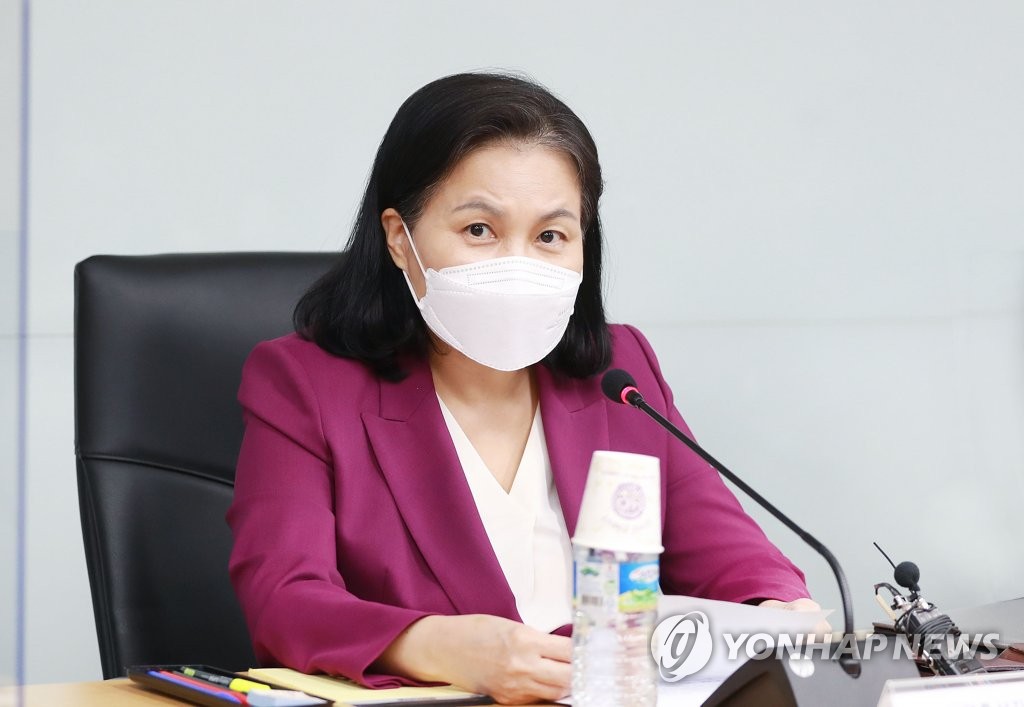 "South Korea was able to make various achievements despite the challenges, including Japan's export curbs against South Korea, along with the protectionist policies from the U.S.," Yoo said during her departure speech.

South Korea also signed the Regional Comprehensive Economic Partnership (RCEP), while she was in office.

Yoo was one of the two finalists in the race to take the throne at the World Trade Organization (WTO), before she exited the race in March after her Nigerian rival earned more support.

Yoo was the first high-ranking female official at the trade ministry.