The United Christian Churches of Korea (UCCK) said in a statement that the government's decision to lift the maximum number of attendees allowed for each worship service from the current 19 to 99 is "belated but meaningful."

Earlier in the day, the government announced a decision to extend its toughest Level 4 social distancing restrictions in the greater Seoul area and Level 3 elsewhere for two more weeks to contain the spread of COVID-19. 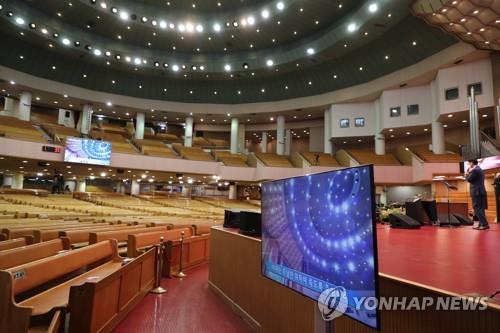 Restrictions on the size of private gatherings and the operations of multi-use community facilities will mostly remain unchanged, but the government decided to raise the maximum permissible number of attendees at an in-person religious service from the current 19 to 99.

Currently, in-person worship services in Level 4 areas are allowed at a limited capacity of 10 percent or with fewer than 20 attendees. Beginning Monday, religious facilities with 100 or fewer seats can admit 10 people per worship service and those with more than 101 seats can operate at 10 percent capacity, though the maximum number will be set at 99.

"The revised social distancing rules for religious organizations came after their emotional barriers have collapsed. The revised measures are belated but meaningful, as churches with fewer than 1,000 seats can hold worship services at up to 10 percent capacity under Level 4," the UCCK said in its statement.

But the religious group still evaluated the latest measures as "insufficient," because tough restrictions for large churches with more than 1,000 seats will remain in place.

"It is regrettable that large churches with more than 1,000 seats will still be irrationally controlled, though they have so far held worship services strictly in accordance with quarantine rules," the statement said.

The UCCK has persistently asked authorities to allow large churches to hold services at up to 10 percent seating capacity, but no conclusion has been drawn. 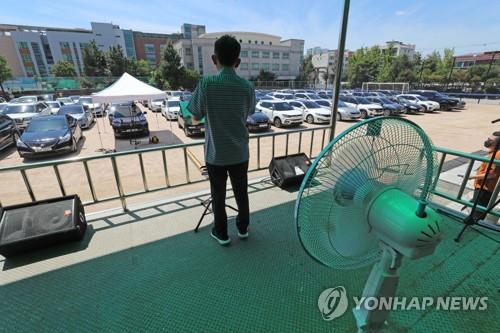 In mid-July, a local court partially accepted a petition filed by a group of Protestant churches against Seoul's previous ban on in-person worship services imposed as part of measures to rein in the fourth wave of the pandemic.

The court said in-person worship services should be allowed under cited conditions, considering some small churches' inability to provide contactless services due to lack of materials or personnel.