SEOUL, Aug. 6 (Yonhap) -- In the latest series of vibrant songs aimed at brushing off the pandemic blues, K-pop songstress Sunmi has also lightened up for "You Can't Sit With Us," the main track of her new EP "1/6."

The 29-year-old singer, whose discography is marked by bold performances and lyrics that encapsulate messages of female empowerment, opted for the concept of a zombie-battling teenager in her first EP in nearly three years. 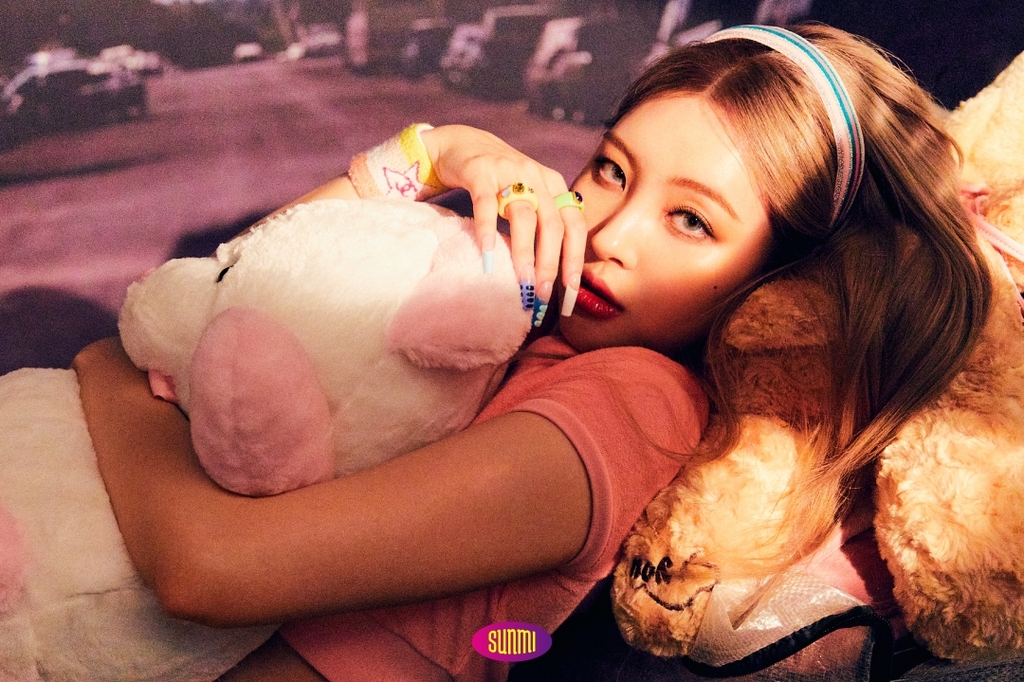 "The overall visual concept comes from Y2K," Sunmi said in an online media showcase on Friday, referring to the ambience of the late 1990s and early 2000s. "Compared with previous concepts, I tried to convey a light and not-too-heavy mood."

At 145 bpm, the song -- composed by songwriters like Melanie Fontana and Michel "Lindgren" Schulz who have worked with acts like BTS -- is also rhythmically speedier than Sunmi's previous hits.

"The beat is much faster than my previous songs. I usually enjoy songs with bpms of mid-120, so it was tough to digest the song at first. But it made me practice the song more and think about how I could deliver it."

Despite the change in concept, Sunmi added she didn't want to go all light and upbeat for the new song.

"'You Can't Sit With Us' is bright, fun and upbeat but I still wanted to show a somewhat chilling side," the singer said, voicing affection for the dark and strong songs that have come to represent her under the nickname "Sunmi pop." 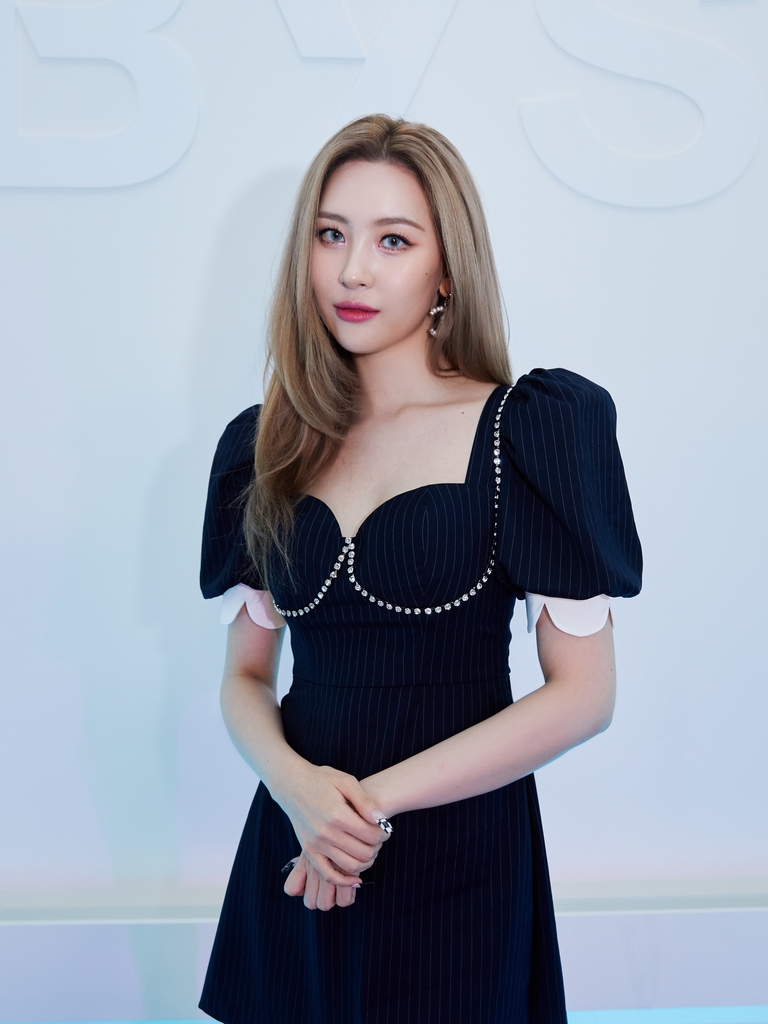 For the overall album, her first release since second EP "Warning" in September 2018, the songstress said she wanted to bring a sense of comfort to listeners.

The six-track album, which also includes the namesake song "1/6," came from the question of whether the weight of feelings measured on the moon would be one-sixth of that on earth in line with the difference in gravity.

"I came to think about whether our heavy minds (on earth) could become lighter on the moon. These days, everyone lives with a lot of worries and anxiety, and as I wrote the lyrics I felt that this could be a story for myself as well as for everyone," she said.

"I hope this album could convey a message of comfort to people who are exhausted and worn out." Now in her 15th year as a professional singer, Sunmi said her goal going forward is to build her own genre.

"I want to hear that this (music) is very like 'Sunmi.' I want to be an artist who is inimitable," she said, adding that the biggest compliment for her was that she herself has become a musical genre. "I want to show more people that this is what Sunmi is like."