SEOUL, Aug. 6 (Yonhap) -- Police on Friday sought an arrest warrant for the leader of a labor umbrella group on charges of holding a mass rally last month in violation of COVID-19 rules.

Yang Kyung-soo, chief of the Korean Confederation of Trade Unions (KCTU), has been booked on charges of holding the rally in downtown Seoul on July 3 in defiance of a COVID-19 ban by the city government and the police.

Around 8,000 people attended the event, according to the KCTU, to demand improvements to labor conditions. 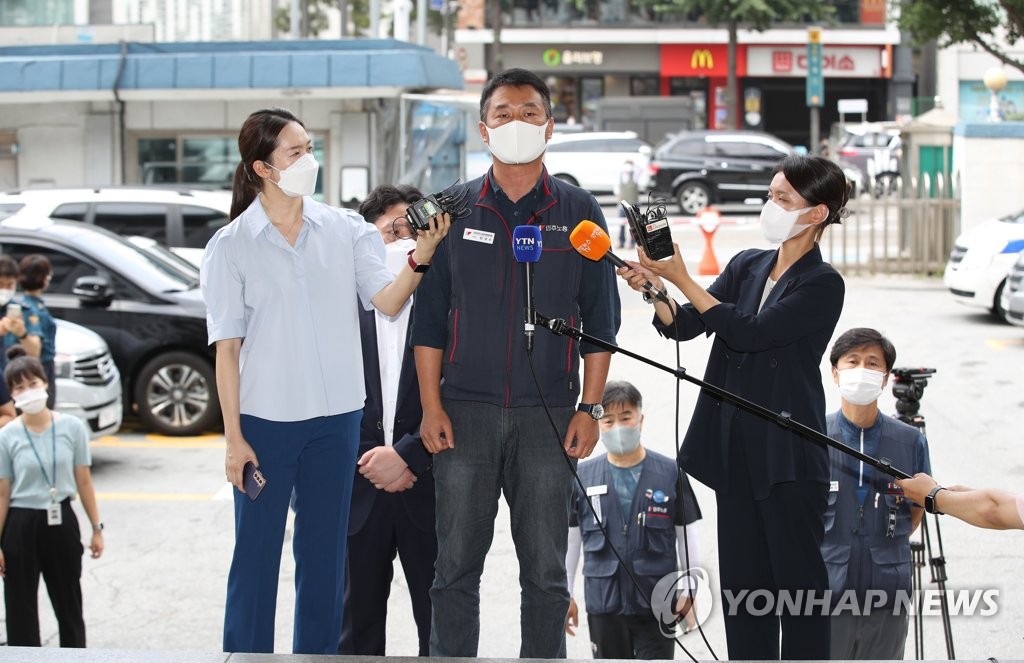 "We determined it was a serious crime, given that he pushed ahead with a large-scale rally under the dangerous circumstances of a spreading infectious disease," a police official said.

"We requested (the warrant) after conducting a comprehensive review of the risk of a repeat crime."

Police said Yang's arrest is being sought also in connection with previous KCTU rallies in May and June.

He faces charges of violating the Assembly and Demonstration Act and the Infectious Disease Control and Prevention Act, as well as traffic disruption.

Police have booked a total of 23 people over the July 3 rally and questioned 19 of them as of Friday.