TOKYO, Aug. 6 (Yonhap) -- Park Hee-jun just missed out on South Korea's first Olympic medal in karate on Friday, losing to a Turkish foe in the bronze medal match at the Tokyo Summer Games.

Park earned 26.14 points, 1.12 points behind Ali Sofuoglu of Turkey in the bronze medal bout for the men's kata event at Nippon Budokan in Tokyo.

In kata, contestants perform moves from a predefined list, and they're evaluated by seven judges.

Karate is making its Olympic debut in Tokyo. 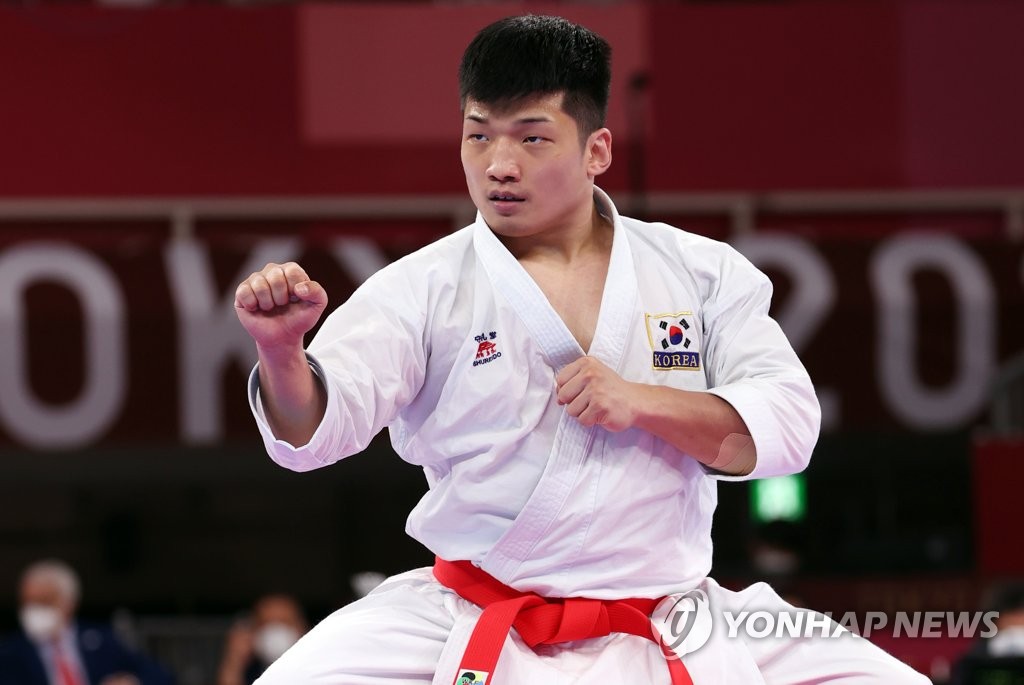 Park reached the bronze medal bout after going through the elimination round and ranking round earlier in the day.

There were 11 athletes divided into Pool A (five) and Pool B (six). The top three from each group advanced to the ranking round, where they were divided into two groups of three.

From there, the top two reached the gold medal bout. No. 2 and No. 3 seeds from both groups progressed to the bronze medal bouts.

Park was third in Pool A, and Sofuoglu was second in Pool B.