The 17-year-old climber scored a combined 112 points after three events -- speed, bouldering and lead -- in the finals of the inaugural Olympic sport at Aomi Urban Sports Park in Tokyo.

The South Korean had passed the qualifying round as the runner-up to the Slovenian after finishing No. 1 in the lead section.

In the finals of the speed climbing section that requires athletes to reach the top of a 15-meter wall as fast as possible, Seo placed at the bottom among eight finalists.

And she finished second in the final lead event, which involves climbing as high as possible on a 15m wall, but it was not enough to raise her overall ranking.

Sport climbing is one of the four new sports that made their debut at the Tokyo Olympics. It will be split into two categories -- speed climbing and a combined event of bouldering and lead -- at the 2024 Paris Olympics. 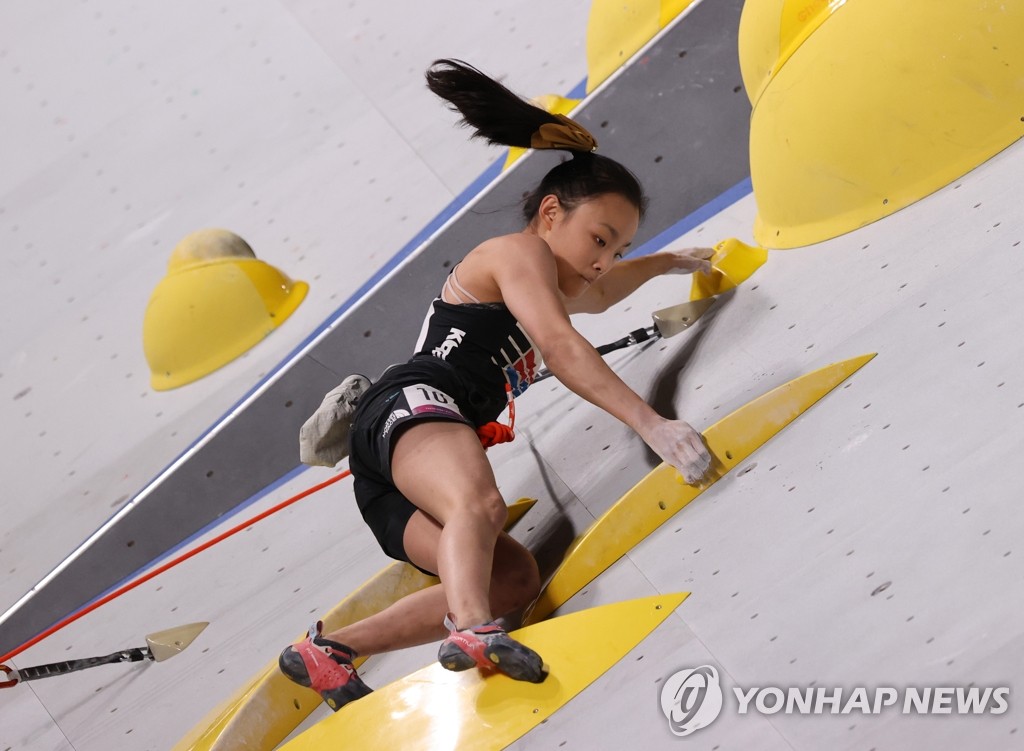