TOKYO, Aug. 6 (Yonhap) -- That Kim Yeon-koung, South Korean women's volleyball captain and its most dangerous offensive player, was held to 10 points will tell you all you need to know about the team's latest loss at the Tokyo Olympics on Friday.

Brazil beat South Korea 3-0 (25-16, 25-16, 25-16) in the semifinals at Ariake Arena on Friday. The match wasn't even as close as the set scores indicate. With Kim largely contained and the defense unable to mount much of a response against an overpowering offense, South Korea didn't put up much of a fight. 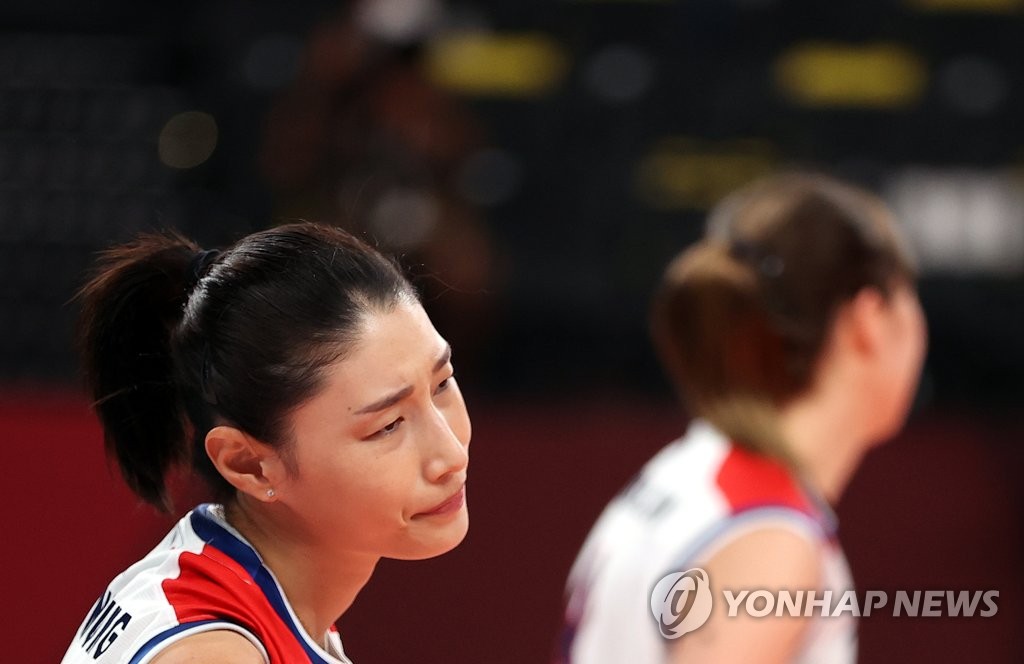 "I really don't have much to say. It wasn't a good match for us at all," Kim said, somewhat understating. "We thought we came prepared for this. But the opponents didn't make a lot of mistakes and it was hard for us to swing the momentum toward our side. Even when they struggled to receive our serves, they still managed to score points out of those plays."

Kim had been held to 12 points by the same Brazilian team in the group stage earlier in the Olympics. She said she knew Brazil would once again try to keep her in check, and that South Korea wanted to find different ways to put up points.

"They had all figured out how we were going to attack," Kim said. "For us, even when we knew what was coming from them, we couldn't defend them."

South Korea will now face Serbia in the bronze medal match at 9 a.m. Sunday, the last day of the Olympics. It will also likely be the final Olympic match for Kim, who, during this improbable run to the final four, has further cemented her legacy as the greatest volleyball player ever from South Korea. 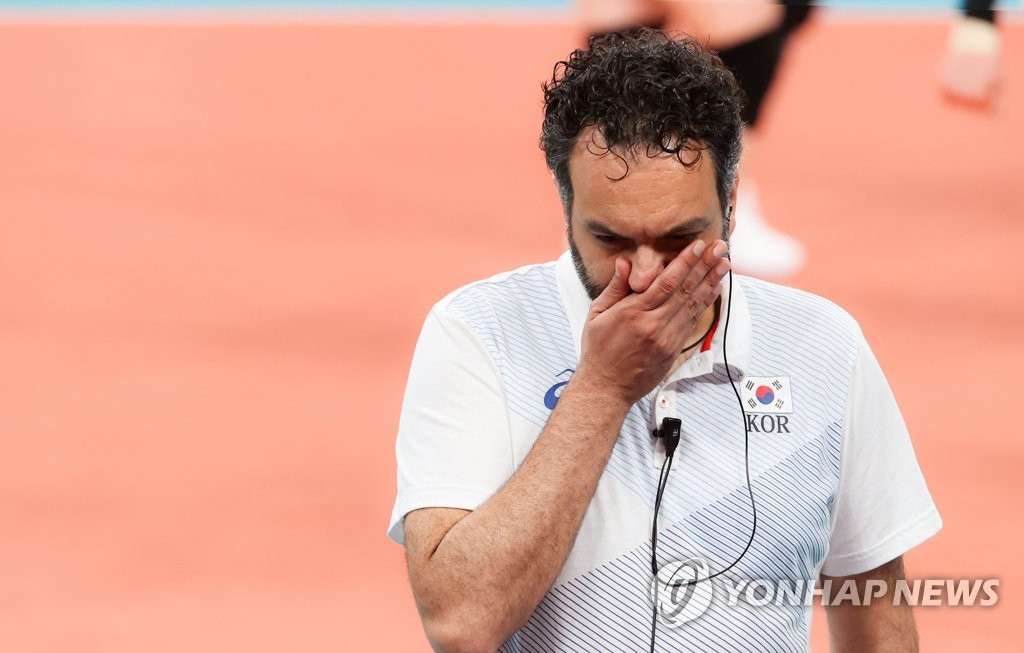 "We all desperately want to win the last match (of the Olympics)," Kim said. "We want to prepare the best we can to make sure of that."

Her coach, Stefano Lavarini, gave credit where credit was due.

"After a match that you lose like this, you feel that you could do something more and you're a little frustrated from that," he said. "But this is pretty much the difference of levels that exists between us and Brazil."

As for Kim's offensive struggles, Lavarini said, "Our opponent was much stronger than us. This means it's difficult to score against them. She must be supported by our team play and teamwork." 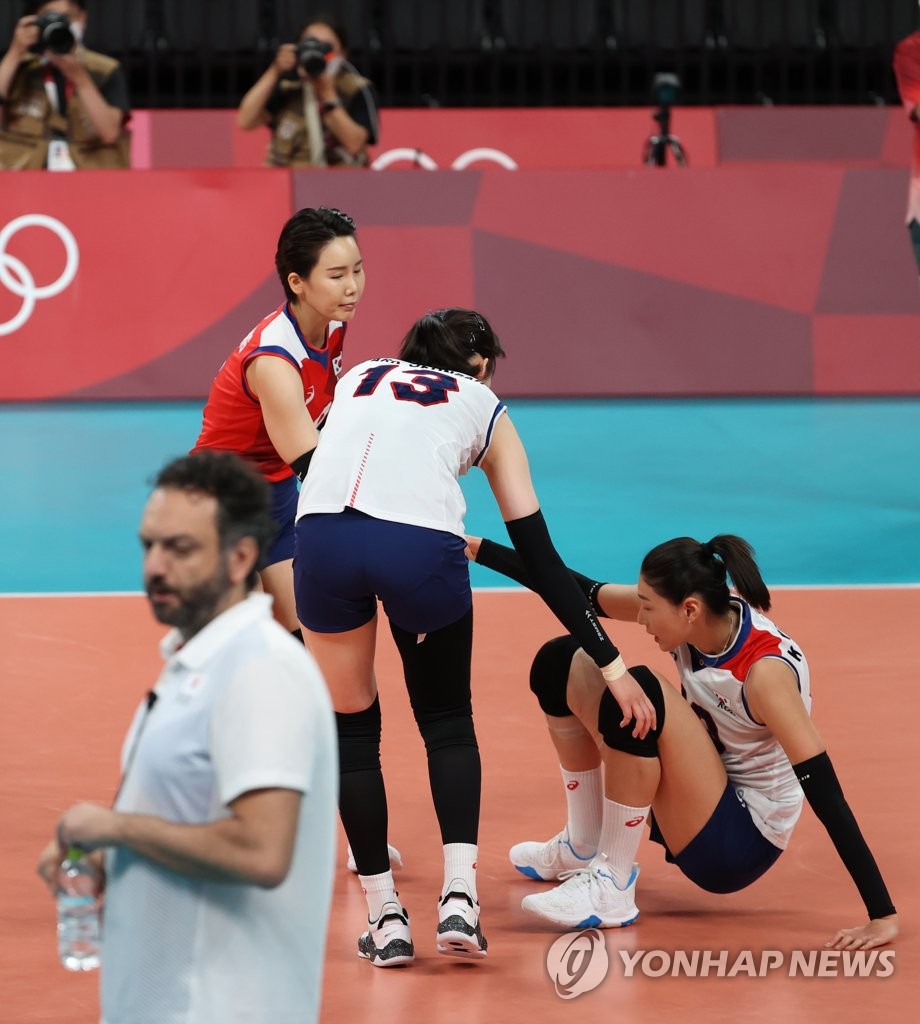 (Olympics) S. Korea trying to pick up pieces after lopsided loss to Brazil in volleyball semis

(Olympics) S. Korea trying to pick up pieces after lopsided loss to Brazil in volleyball semis