While many would regard the upcoming third-place match against Serbia as a bonus for South Korea, head coach Stefano Lavarini sees it as a once-in-a-lifetime opportunity, something that he wants his players to pounce on.

Led by captain Kim Yeon-koung, South Korea has been the darling of the tournament for the past couple of weeks. But Lavarini said it's not yet time for the players to pat themselves on their backs. 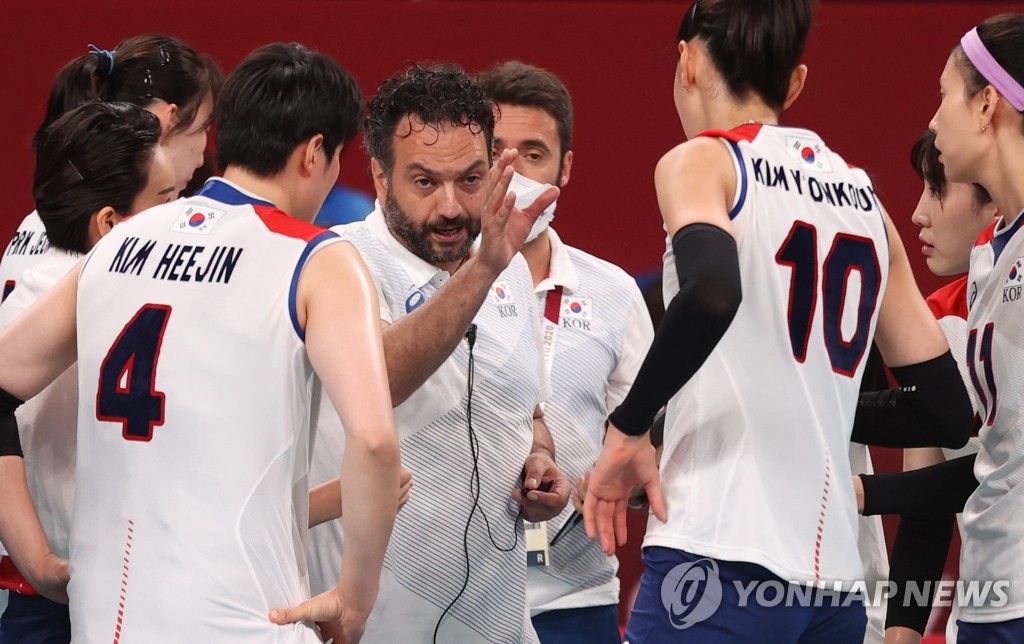 "When we finish this competition, we will notice and understand how great we've been to reach this point," Lavarini said Friday, after South Korea's straight-set loss to Brazil in the semifinals at Ariake Arena in Tokyo. "But I will tell (my players) that this is not the moment to enjoy what we did. We still have one chance.

"It will be a really difficult match. Maybe Serbia will win," Lavarini continued. "But in my life, I don't know how many other times I will have the possibility of fighting for a medal in the Olympics. It's still the moment where we have to give whatever we have with a great motivation to try to fight for a medal. Since we're still here and we can compete for something incredible, let's use that chance."

Serbia beat South Korea in three sets Monday in their final Pool A match. Both countries had already secured knockouts spots by then, and Lavarini benched regulars, such as Kim for the third set. The lopsided score then may not be a true reflection of the talent gap between the two countries, though, on paper, the sixth-ranked Serbia should still be favored against No. 12 South Korea.

Without elaborating, Lavarini said his team will "try to do different things" against Serbia when they play at 9 a.m. Sunday at Ariake Arena in Tokyo than against Brazil.

"We must try to push every moment, take risks and play free," he said. "The ones that have to feel pressure are the opponents, not us." 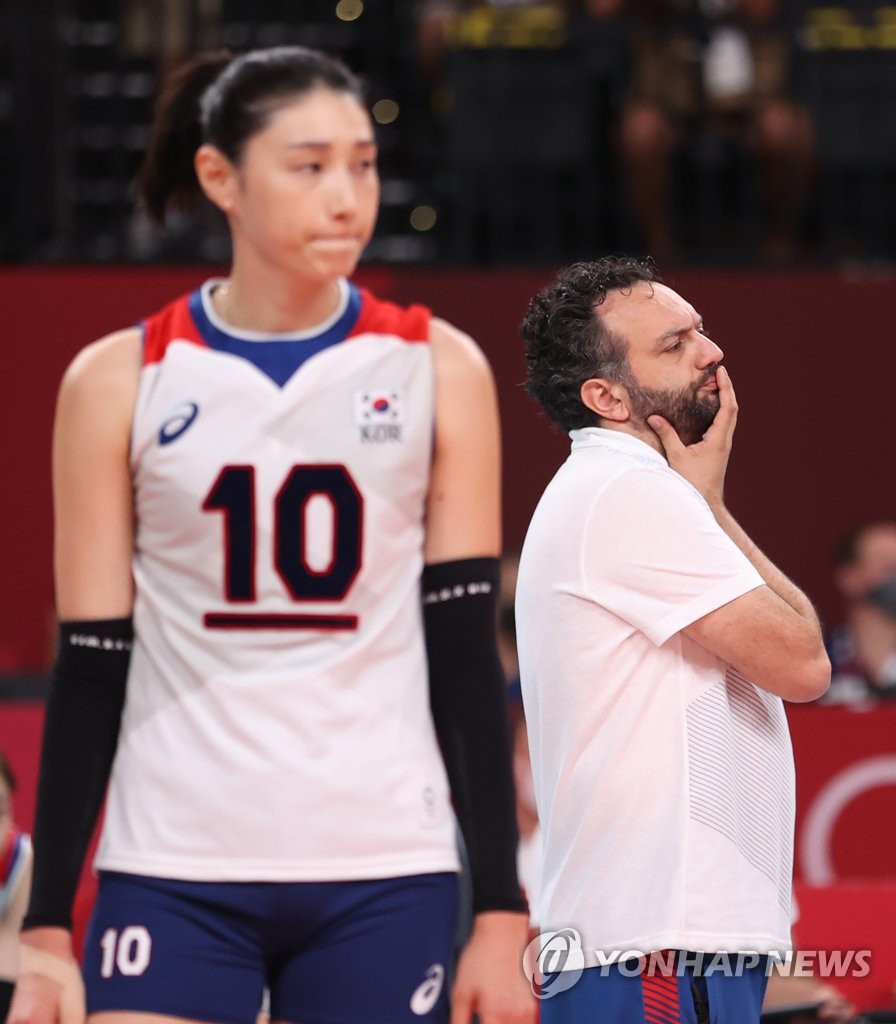 (Olympics) 'We still have one chance': volleyball coach not wanting to settle for 4th

(Olympics) 'We still have one chance': volleyball coach not wanting to settle for 4th