Four conscripts at an Army boot camp in Paju, 30 kilometers north of Seoul, tested positive. The new cases brought the total number of infections at the camp to 22 since the first one was reported there July 31.

Another four trainees at an Army boot camp in Nonsan, 213 km south of Seoul, were confirmed to have contracted the virus after they showed COVID-19 symptoms.

In Incheon, 40 km west of the capital, an Army draftee tested positive after coming into contact with an infected civilian. He is known to have gotten two shots of Pfizer's vaccine. 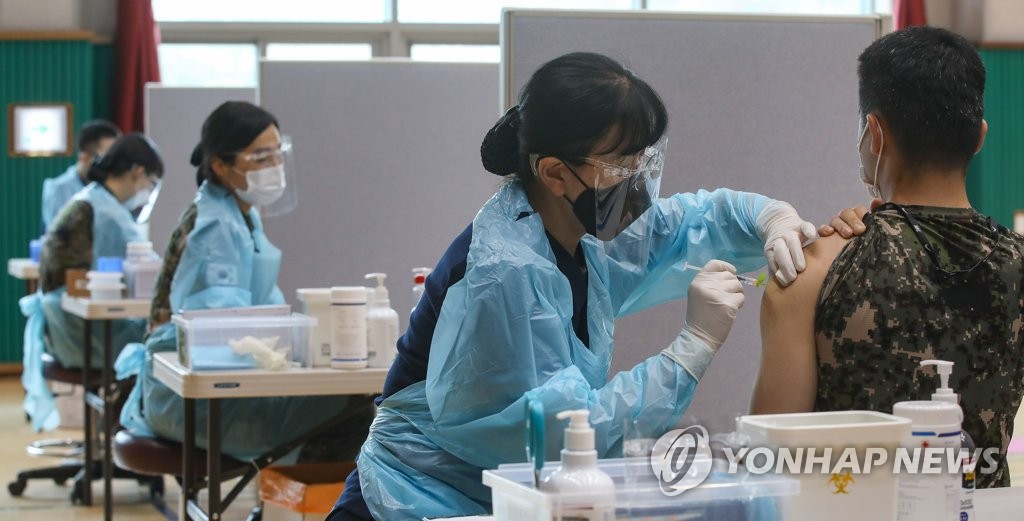