YOKOHAMA, Japan, Aug. 7 (Yonhap) -- South Korea blew a late lead and lost to the Dominican Republic 10-6 in the bronze medal game of the Tokyo Olympic baseball tournament Saturday, after coming within six outs of its second straight Olympic medal.

Closer Oh Seung-hwan allowed five runs in the top of the eighth as a 6-5 lead for South Korea turned into a 10-6 deficit at Yokohama Stadium in Yokohama, south of Tokyo. 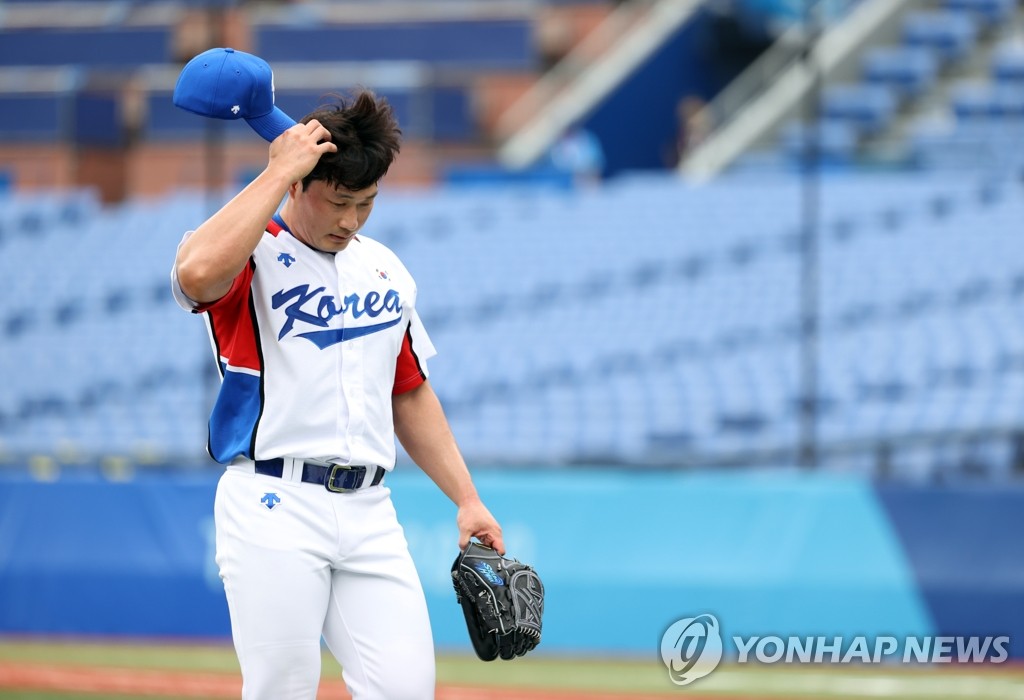 South Korea won the gold in 2008, the last time baseball was contested at the Olympics. This year, South Korea lost to Japan in the semifinals and then to the United States in the repechage semifinals to drop into the bronze medal game.

The Dominicans scored four runs in the first, but South Korea gradually ate into the deficit before taking the 6-5 lead with a four-run fifth.

But the Dominican bats pounded Oh, a former major league closer who looked utterly overmatched. A wild pitch with the bases loaded brought in the tying run, and Juan Francisco broke the tie with a two-run double.

Johan Mieses landed the knockout punch with a two-run homer to left, and the Dominicans hung on to beat South Korea for the medal.

(Olympics) S. Korea misses out on baseball bronze with loss to Dominican Republic

(Olympics) S. Korea misses out on baseball bronze with loss to Dominican Republic