YOKOHAMA, Japan, Aug. 7 (Yonhap) -- South Korea didn't show up on time to play the Dominican Republic for the bronze medal at the Tokyo Olympics baseball tournament on Saturday, giving up four runs in the first inning.

And after it clawed back to take a lead into the eighth inning, South Korea couldn't make it stand for six more outs.

Some dismal starting pitching and relief work bookended South Korea's crushing 10-6 loss to the Dominican Republic at Yokohama Stadium in Yokohama, south of Tokyo. Starter Kim Min-woo faced only five batters before getting the hook, and the Dominicans went double-strikeout-homer-homer-walk against the helpless right-hander.

When the dust settled, the Dominican Republic had scored four runs on four hits in the first inning. It seemed to be too deep of a hole. 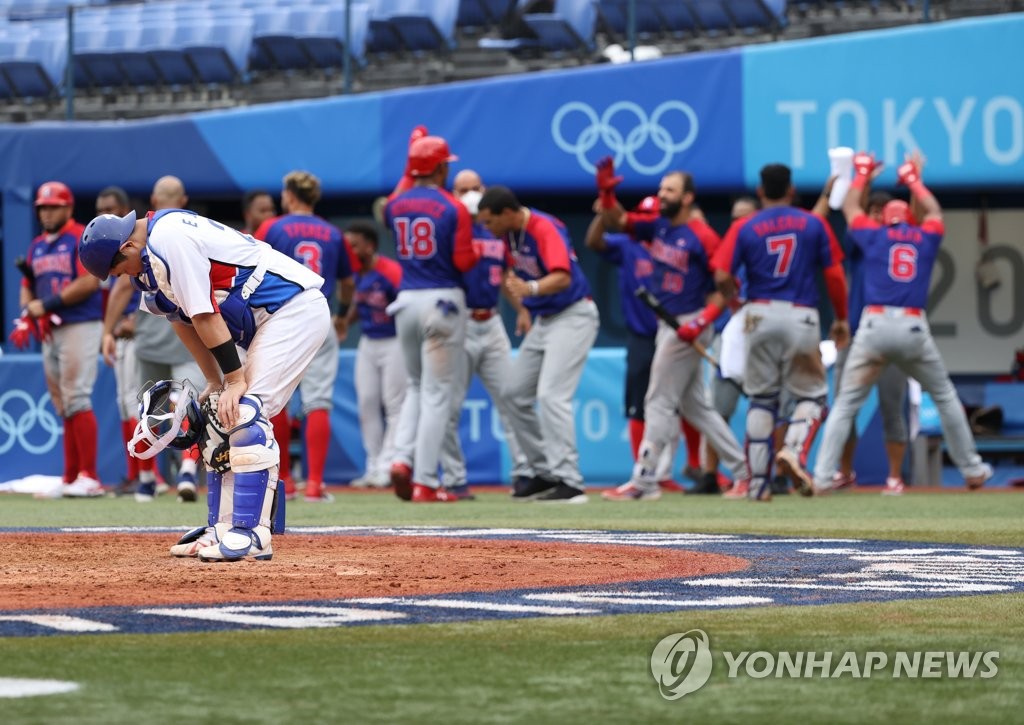 The South Korean bats kept battling. They were still down 5-2 heading into the bottom fifth and then erupted for four runs to take a 6-5 lead. Those runs came on three straight singles, followed by a groundout, a wild pitch and a tiebreaking single by Kang Baek-ho.

The Dominican bats had suddenly cooled. Reliever Cho Sang-woo kept them in check in sixth and seventh innings before ceding the reins to the veteran closer Oh Seung-hwan.

Cho has been South Korea's best reliever at the Olympics. He might have had better stuff than Oh here, but manager Kim Kyung-moon had to summon Cho to keep it a one-run game in middle innings. When Cho loaded the bases in the sixth with a single, a walk and a hit-by-pitch, no one in the bullpen could have cleaned up the mess but Cho himself.

Oh came on to face the bottom of the order to begin the eighth but gave up a single to No. 9 hitter Jeison Guzman. Things quickly unraveled from there. 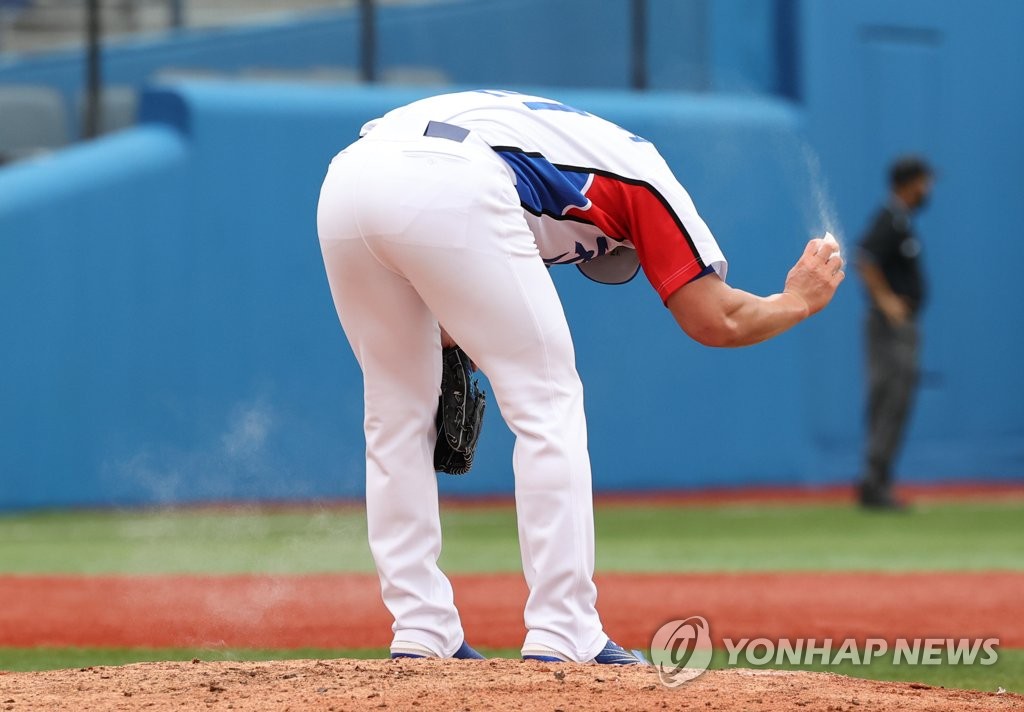 Oh threw a wild pitch with the bases loaded to let in the tying run. Juan Francisco, who homered off Kim Min-woo in the first, put the Dominicans ahead for good with a two-run double, making it an 8-6 affair. Johan Mieses put the game further out of reach with a devastating two-run home run that also chased Oh from the mound.

It was only Thursday that South Korea suffered a bullpen breakdown in a 7-2 loss to the United States in the repechage semifinals. The Americans put up a five-spot on four hits and two walks against five South Korean relievers in that inning. A tight, 2-1 game in favor of the U.S. quickly got out of hand.

There was a medal at stake this time, and South Korea was leading when the bullpen fell apart once again.

Leaving without a medal is the latest blow to the sport that has already taken a beating in the court of public opinion back home.

Several players in the Korea Baseball Organization (KBO) have recently been suspended and fined for violating COVID-19 health and safety protocols by hosting or going to drinking parties at hotel rooms. Included on that list were second baseman Park Min-woo and pitcher Han Hyun-hee, who were originally chosen for the national team but withdrew in the midst of the scandal. 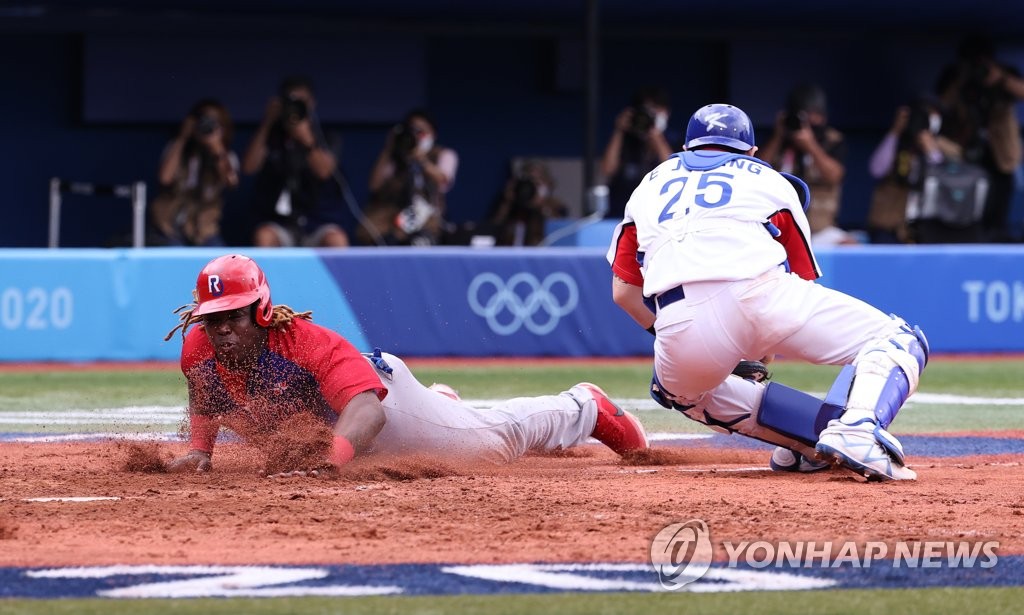 The level of the public furor over the KBO and, to a certain extent, the national team was such that if South Korea had somehow won bronze, it would have been a highly unpopular medal.

South Korean male athletes who win an Olympic medal of any color receive exemptions from the mandatory military service, but an online petition was launched this week calling on the government not to reward the Olympic baseball players with such privileges because they didn't deserve it.

That has become moot, as South Korea didn't even win a medal in its gold medal defense.