YOKOHAMA, Japan, Aug. 7 (Yonhap) -- South Korean pitcher Oh Seung-hwan was just as stunned as anyone after his team suffered a 10-6 loss to the Dominican Republic in the bronze medal game of the Tokyo Olympic baseball tournament on Saturday, a drama with an unhappy ending in which Oh himself played a leading role.

Oh, who has recorded more saves than anyone in South Korean professional baseball history, was roughed up for five runs on four hits in the fateful eighth inning at Yokohama Stadium in Yokohama, south of Tokyo. The Dominicans turned a 6-5 deficit into a 10-6 lead, which stood as the final score that gave them the bronze medal. 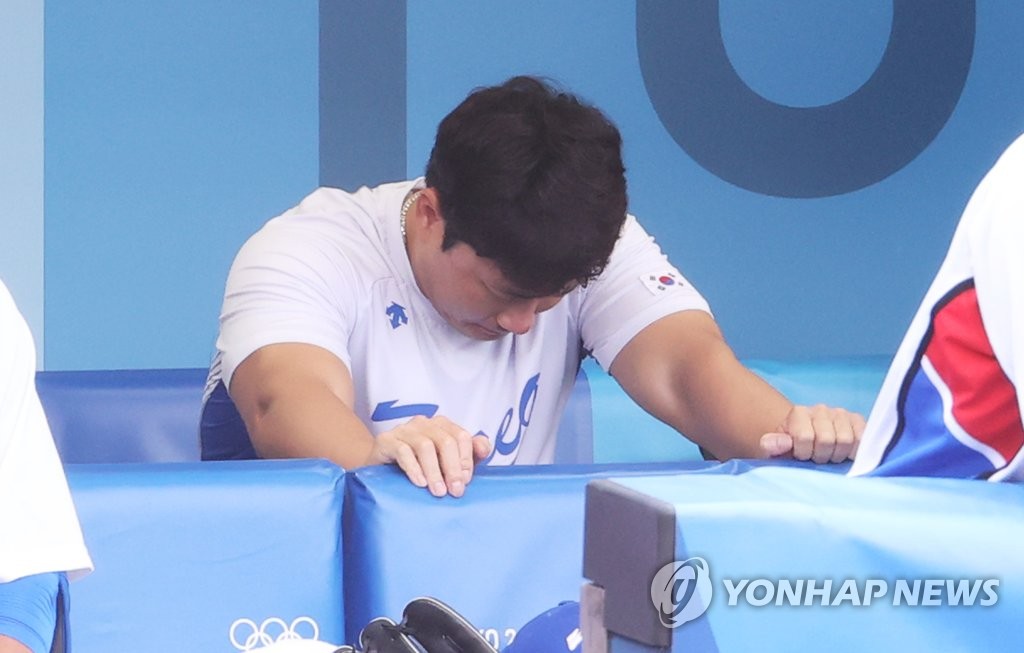 The inning featured a wild pitch, a two-run double and a two-run home run given up by Oh, who was at a loss for words after the game.

"We're all very upset with the result, and we're sorry that we let our fans down," Oh said. "We all did our best, and I don't really have much to say."

Oh gathered his thoughts momentarily and chose to look on the brighter side of things.

"I think the things that we have to improve on have become crystal clear at this tournament," said Oh, who has likely played his last Olympics at age 39. "I believe young players that we have will use this experience to get better."

Before Oh made a mess of the game, reliever Cho Sang-woo held the fort with two scoreless frames. He got out of a bases-loaded jam in the sixth and worked around a single in the seventh.

South Korea had lost two semifinals games -- first against Japan and then against the United States in the repechage bracket -- to drop to the bronze medal game. But Cho insisted the team never lost its motivation despite not achieving the ultimate goal of winning the gold medal.

"We all wanted to win this game, even if it wasn't for the gold medal," Cho said. "I am sorry to our fans that we didn't get the result they wanted." 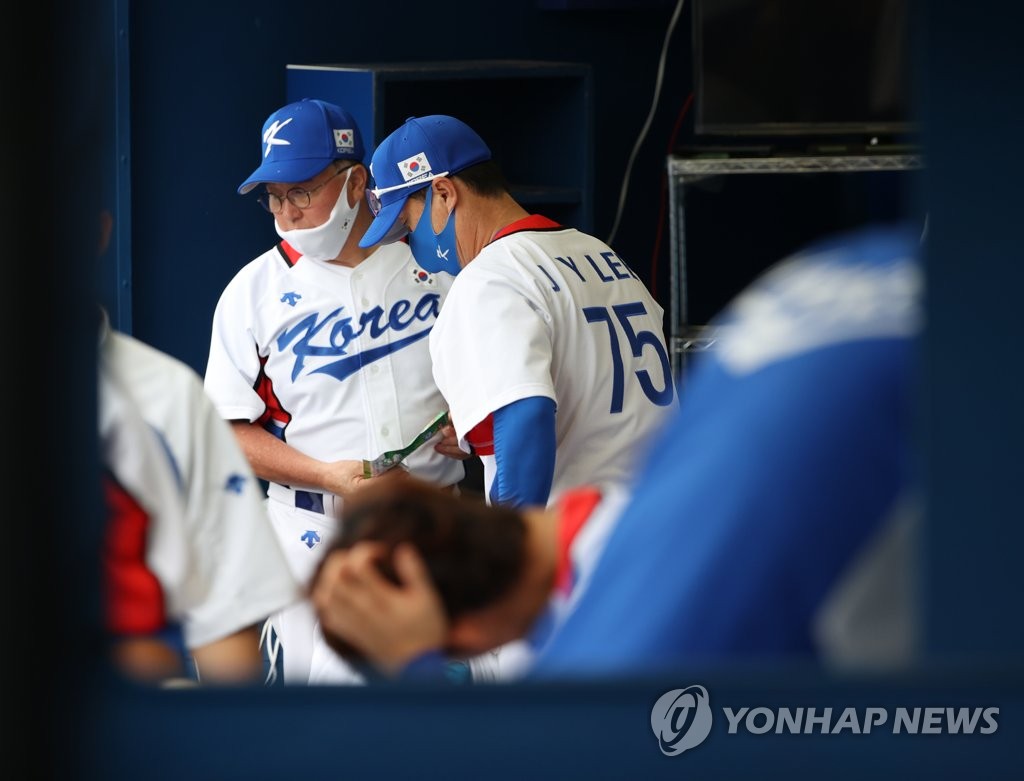 Manager Kim Kyung-moon, too, was apologetic.

"It breaks my heart as the team's manager to discuss the game after a loss," Kim said. "I am sorry that we weren't able to live up to our fans' expectations. But we'll have international tournaments coming up every year from here and on. We should take this opportunity to improve our national team program for the future."

Kim said his concerns about lack of starting pitching depth became reality during the tournament.

Case in point: Saturday's starter, Kim Min-woo, was charged with four earned runs while recording just one out in the first. He allowed back-to-back home runs to Julio Rodriguez and Juan Francisco.

A quick hook in the first inning had a trickledown effect on the bullpen, leaving the manager with precious few options to protect the one-run lead over the final two innings.

"If we were to win an international event, we must have more starting pitching," Kim said.

Captain Kim Hyun-soo, one of three holdovers from the 2008 Olympic gold medal team, talked about the team's collective inability to play under pressure.

"I think our young guys can be really competitive internationally, and they did a great job here," Kim said. "But then veterans like myself struggled under pressure and we didn't set a good example for our younger teammates."

Kang Baek-ho, who drove in a tiebreaking run in the four-run fifth inning, said playing in his first Olympics was a huge learning experience.

"I realized there are so many talented baseball players all around the world," said the 22-year-old. "Our veterans did a great job leading us throughout the Olympics, but I don't think I held up my end of the bargain. I'll try to be better the next time." 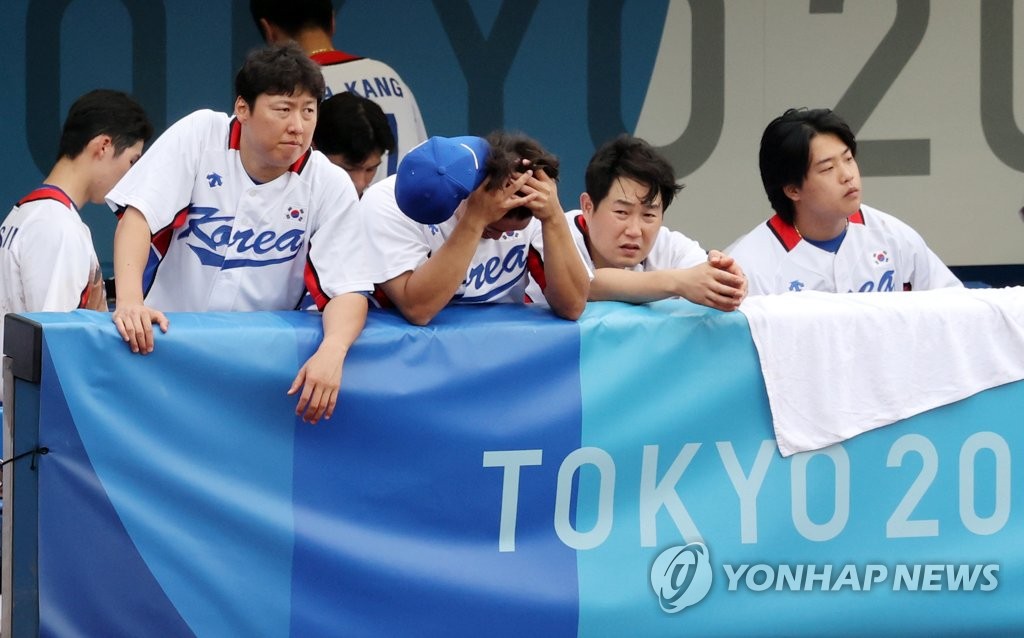