TOKYO, Aug. 7 (Yonhap) -- Jun Woong-tae captured bronze in the men's modern pentathlon at the Tokyo Olympics on Saturday, becoming the first South Korean to win a medal in the five-sport event.

This was South Korea's first medal at the Tokyo Olympics since Monday. 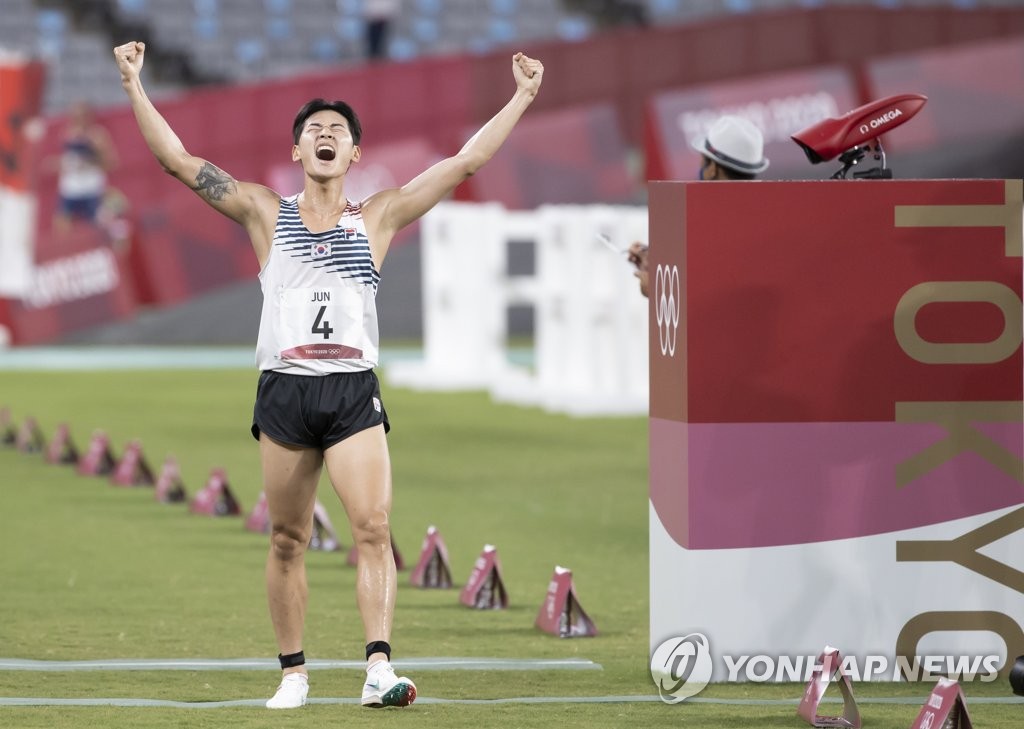 The other South Korean in action, Jung Jin-hwa, finished in fourth with 1,466 points.

Jung had previously shared the record for the best Olympic performance by a South Korean pentathlete, with an 11th-place finish at London 2012. On Friday, Kim Se-hee also finished in 11th in the women's competition. 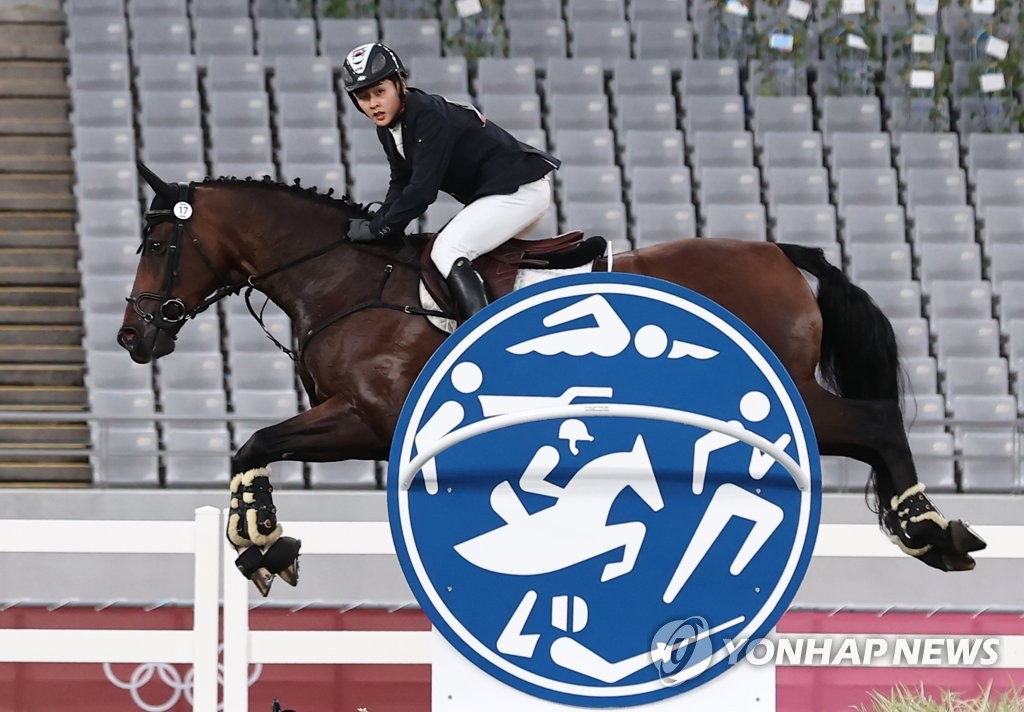 Jun was in fourth place ahead of the final portion of the event, laser run, which combines running and shooting. Jung was in second place after fencing, swimming and show jumping.

Choong only ranked 15th in laser run but had enough of a cushion to stay at the top. Elgendy ranked second in laser run to leapfrog the two South Koreans to take silver.

Jun was seventh in laser run to take the bronze. Jung was well back in 17th out of 36 athletes in laser run and slipped to fourth overall. 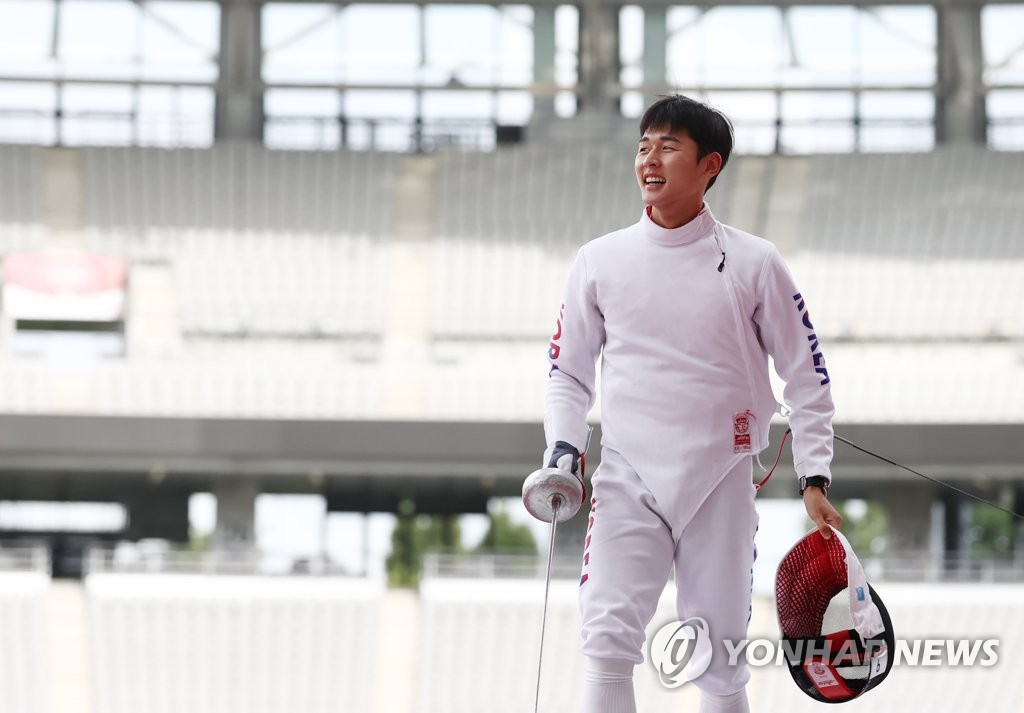