Park Young-soo was booked for investigation last month over allegations that he accepted a Porsche rental car and seafood from a man who claimed to be a fisheries businessman last December.

According to officials at the Seoul Metropolitan Police Agency, Park was grilled as a suspect for about 10 1/2 hours in the day. He is one of several high-profile figures, including senior members of the prosecution and police, who have come under probe for accepting bribes from the man.

Park's side earlier claimed that the car was only rented for two days and the cost was paid in full.

But some have said that the payment was made after police launched a full-scale investigation into the businessman who is currently standing trial for fraud charges.

Park had investigated the scandal surrounding the now-imprisoned former president for over four years until he stepped down last month following the allegations. 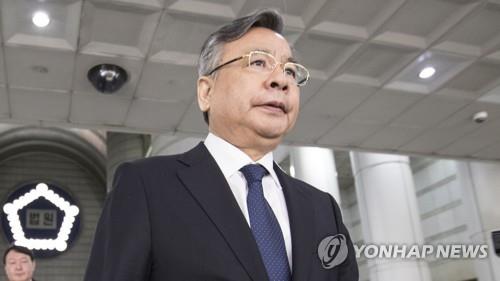