TOKYO, Aug. 7 (Yonhap) -- The history of South Korean modern pentathlon came full circle on Saturday in Tokyo, the city where the country first competed in an Olympic modern pentathlon and where it finally won a medal.

Modern pentathlon made its Olympic debut in 1912, and South Korea was represented for the first time at the 1964 Tokyo Olympics. 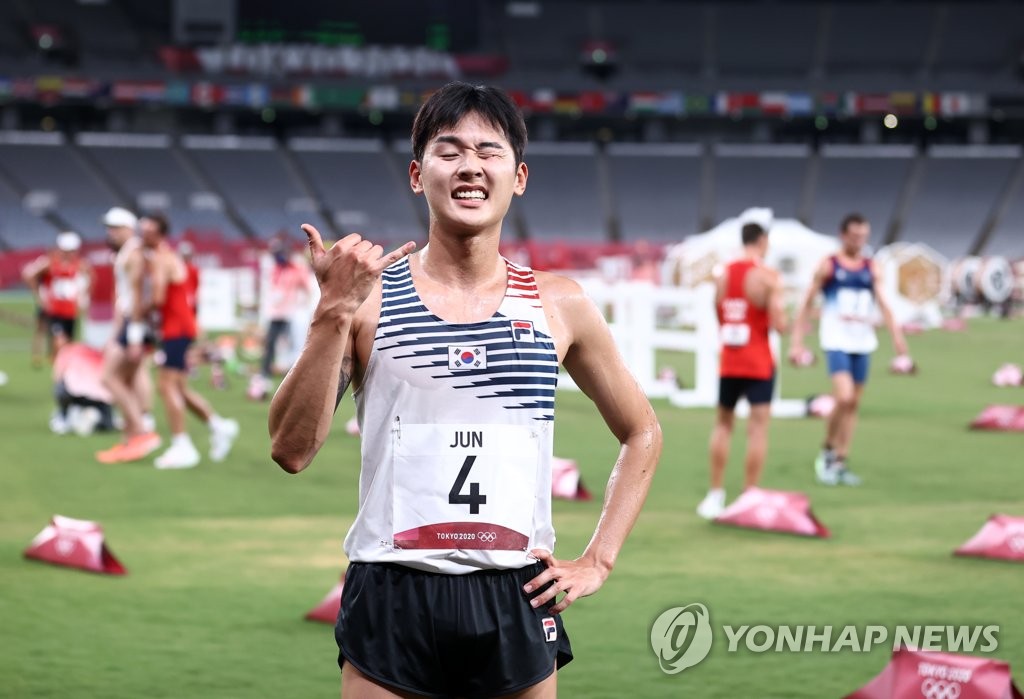 Choi Kui-seung, former vice chairman of the International Modern Pentathlon Union (UIPM), ranked last among 37 competitors. Choi had been competing in equestrian, and there were precious few athletes in four other sports that comprise modern pentathlon -- fencing, swimming, running and shooting.

After Choi, it wasn't until 1984 in Los Angeles that South Korea had a participant in modern pentathlon.

And on Saturday at the second Summer Games in the Japanese capital, Jun Woong-tae captured the bronze medal.

South Korea started seeing an influx of young talent at the turn of the century. It developed international medalists in the junior ranks. By 2015, Jun Woong-tae and Jung Jin-hwa, who finished fourth on Saturday, started winning medals at world championships and UIPM World Cups.

Jun, in particular, had been seen as a potential Olympic medalist for years. He won a World Cup title in 2016 months before the Olympics that year in Rio de Janeiro. He stumbled in fencing and finished in 19th place despite setting an Olympic record in the laser run -- combining running and shooting -- with 11:02.50. 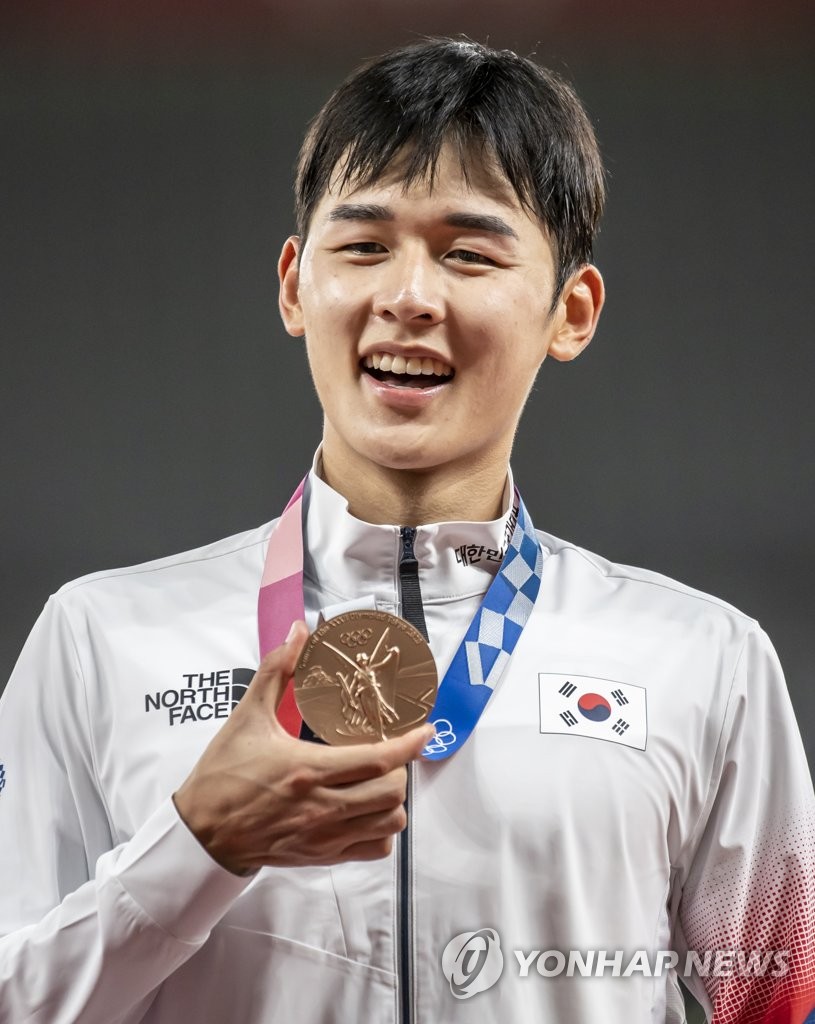 Jun continued to develop into a future Olympic medalist. He finished the 2018 season ranked No. 1 in the world and was named the year's top athlete by the UIPM. He punched his ticket to the Olympics by winning bronze in the individual event at the 2019 world championships.

And that growth culminated in a momentous medal on Saturday at Tokyo Stadium, and it could only signal the beginning of even bigger things for the 26-year-old.

"Now, I have silver and gold medals left," Jun said. "I got pretty emotional looking at our national flag being raised (during the medal ceremony). For me, this bronze is as valuable as a gold medal. I will cherish this feeling for the rest of my life. I will try to have the flag at the highest place the next time."

Jun said the day would have been even better if Jung, his teammate, had joined him on the podium.

"It breaks my heart that someone had to finish in fourth place," Jun said. "We talked about how we didn't want to have any regrets at the end of the day. He's such a warmhearted man and a caring leader. I learn so much from him."

With modern pentathlon still a niche sport in South Korea, Jun said he'd like to raise its profile.

"I am ready to promote this sport to people who aren't familiar with it," he said. "I hope more people ask me about modern pentathlon. I will be ready with answers."