TOKYO, Aug. 8 (Yonhap) -- South Korea lost to Serbia in the bronze medal match of the Tokyo Olympic women's volleyball tournament Sunday, as the unlikely storybook run to the final four came to a heartbreaking end.

Captain Kim Yeon-koung led South Korea with 11 points. South Korea had no answer for Tijana Boskovic, who dominated with 33 points. 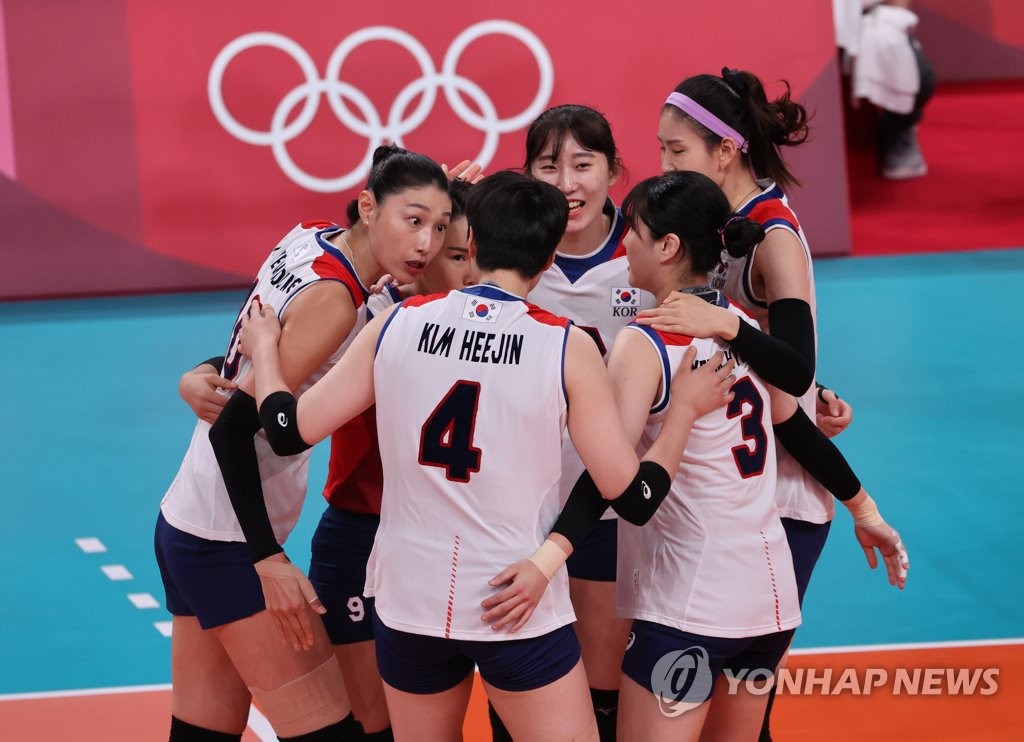 South Korea managed to keep things close in the opening set, despite a personal onslaught by Tijana Boskovic, the tournament's leading scorer with 159 points prior to the bronze medal contest.

South Korea led 13-10 before Serbia stormed back with five consecutive points to move out in front. After some back-and-forth, Serbia took a 17-16 lead on Boskovic's spike. 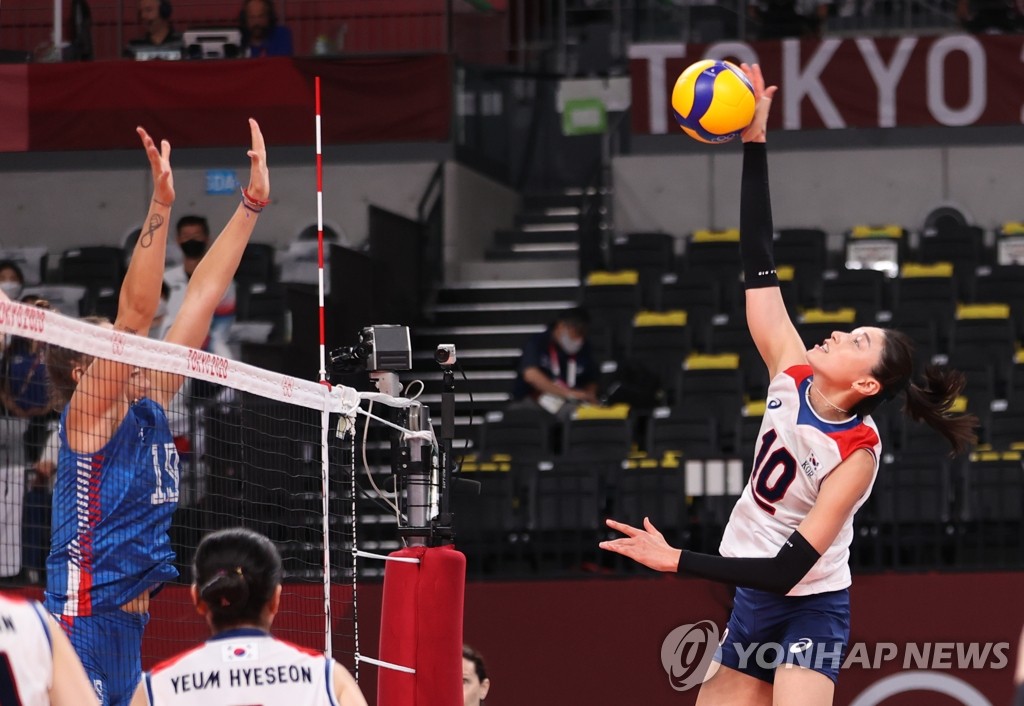 From there, Serbia went on an 8-2 run to close out the set, with Boskovic receiving some help from Milena Rasic and Maja Ognjenovic.

Boskovic poured in 14 points in the first set alone.

Serbia wasn't pushed as hard in the second set. An 8-6 Serbian lead quickly ballooned to a 13-6 advantage, with Boskovic's continued dominance, as well as excellent blocks by Mina Popovic and Bianka Busa. It was all Serbia the rest of the set, with Boskovic adding nine points. 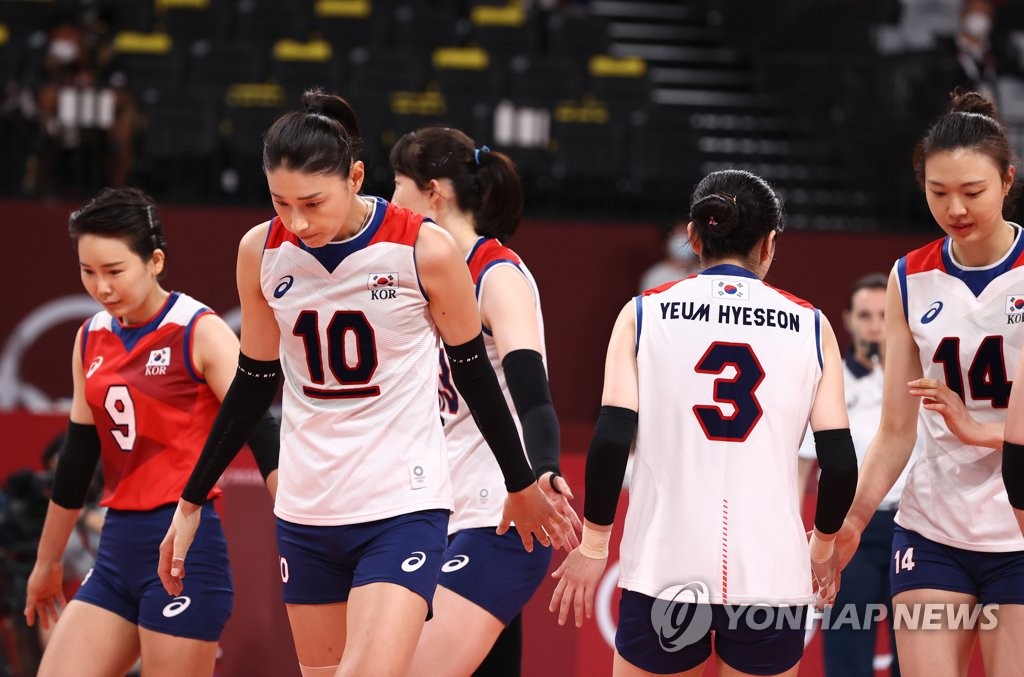 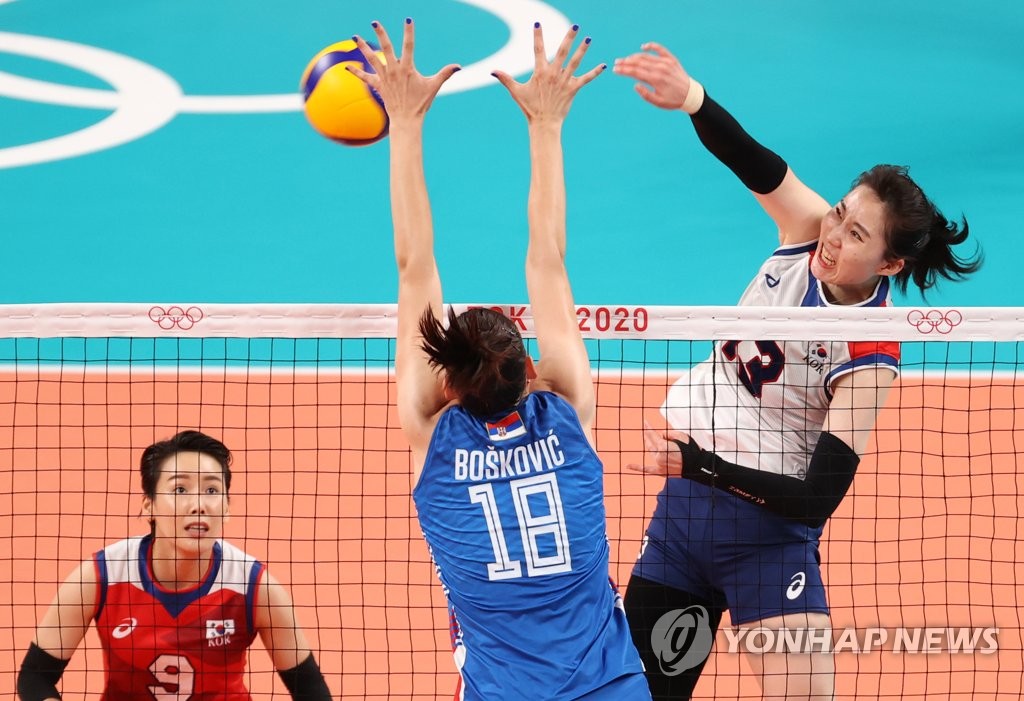