SEOUL, Aug. 8 (Yonhap) -- Prosecutors have cleared a number of former high ranking officials and politicians of suspicions of possible involvement in a hedge fund lobbying scandal as they brought their yearlong investigation to a virtual end, sources said Sunday.

The Seoul Central District Prosecutors Office in charge of the scandal involving the asset management firm Optimus decided Wednesday to drop charges against Lee Hun-jai, a former finance minister; Yang Ho, former chairman of Nara Bank; and Kim Jin-hoon, former chief of the Military Mutual Aid Association, in connection with the probe into the scandal, the prosecution sources said. The three served as members of Optimus' advisory council.

Prosecutors also decided earlier not to book ex-Prosecutor General Chae Dong-wook, who also served on the advisory panel, for a lack of plausible allegations.

The decisions practically brought the prosecution probe into the political lobbying scandal involving Optimus to its end, exonerating all the suspected high-profile figures.

From April 2018 to June 2020, the company took in about 1.35 trillion won (US$1.18 billion) from approximately 3,200 individual and institutional investors. The company defrauded customers into believing that their money would be invested in safe public institutions but funneled most of the money into risky assets, eventually failing to redeem more than 554 billion won for its customers, according to results of the investigation.

The scandal spilled into the political and financial sectors upon the disclosure of one of the company's internal documents, suggesting the company's side lobbied high-profile ex-officials and other influential people to enlist their help in Optimus' efforts to cover up its fraudulent activities ahead of a looming inspection by the Financial Supervisory Service (FSS).

Prosecutors concluded that the internal document carries little credence. It said the head of Optimus exaggerated the company's profile in the controversial document in order to evade an inspection by the financial watchdog, according to the sources.

Based on the conclusion, prosecutors found that there's little ground to bring formal charges against ex-officials and politicians mentioned as those lobbied in the document, the sources noted.

In connection with the lobbying scandal, former Prime Minister Lee Nak-yon was also cleared of suspicions earlier this year that he received money from Optimus in the form of payment for a rental fee for a multifunction printer at Lee's campaign office for the parliamentary election in 2020.

Currently, another ex-Cheong Wa Dae official, known as the wife of an Optimus executive, is under a prosecution investigation involving the lobbying scandal over allegations that she owned 10 percent of the company's shares and was involved in the management of the firm's sister companies. 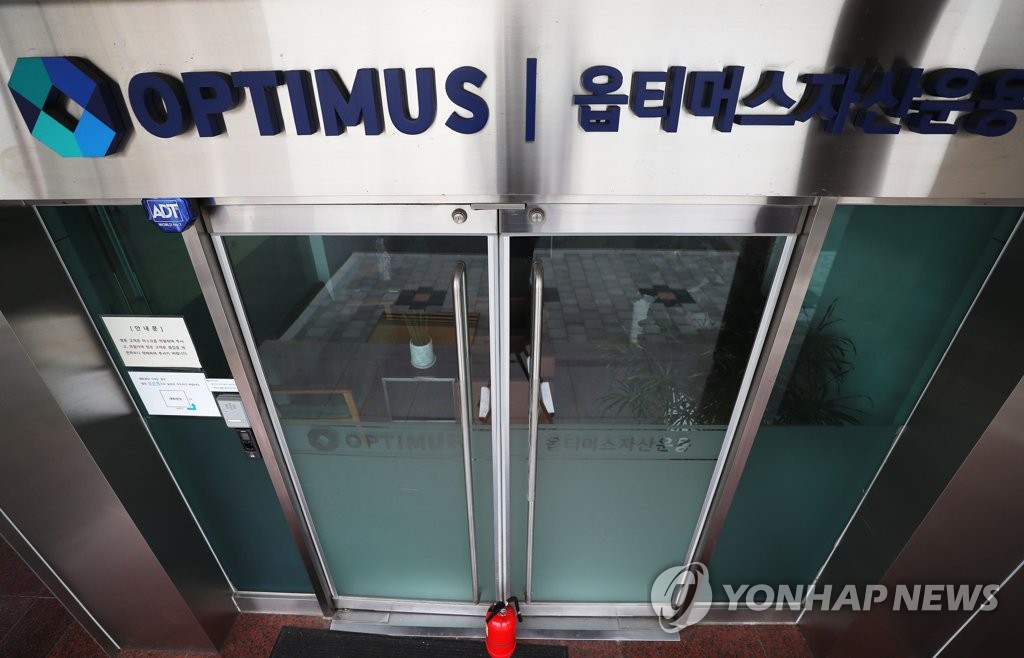