TOKYO, Aug. 8 (Yonhap) -- South Korea's streak of finishing in the top 10 in the Summer Olympic medal race came to an end at four events in Tokyo, though the competition still provided many memorable moments and records for the country that prides itself in being a consistent Olympic force every four years.

For Tokyo, the wait between the Olympic Games ended up being five years, after the COVID-19 pandemic forced a one-year postponement. 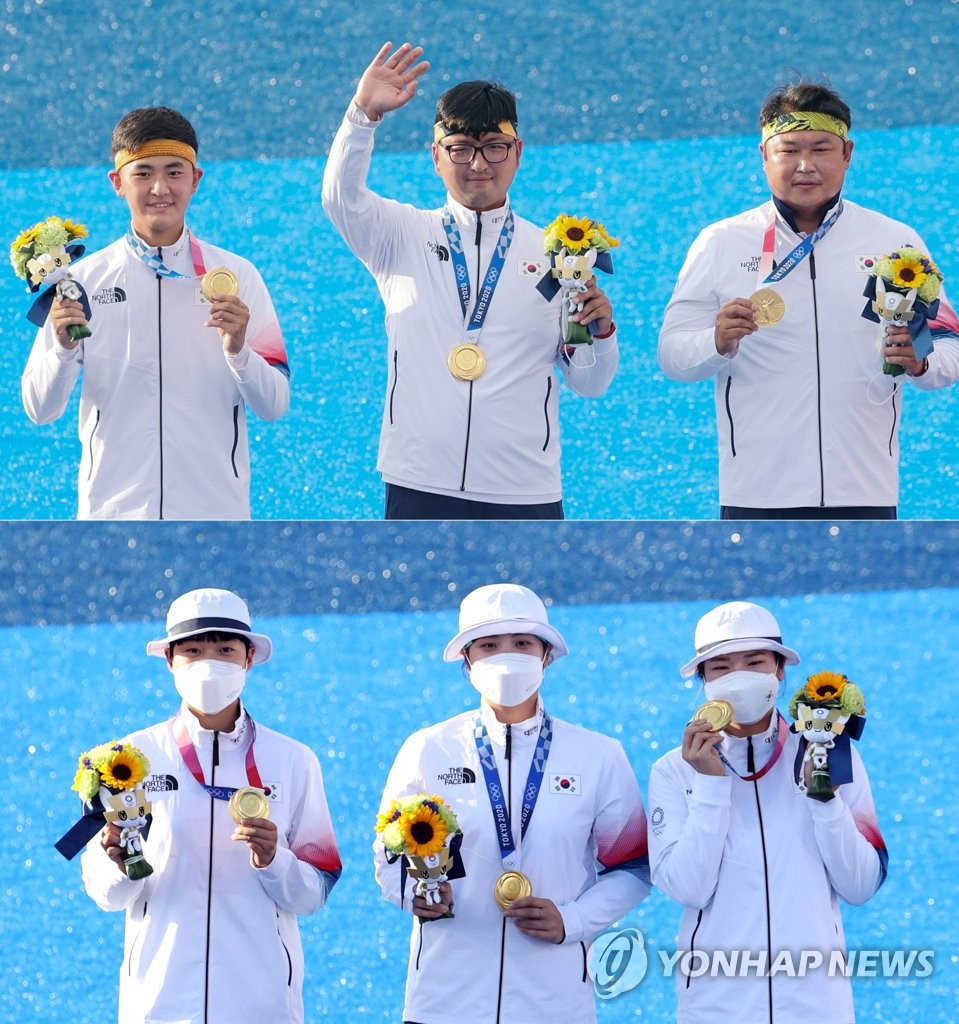 Many South Korean athletes spoke about how that unforeseen delay disrupted their preparation. In particular, cancellations or postponements of international events in the leadup to the Olympics left them rusty for the biggest competition of their lives.

It obviously didn't affect South Korean archers, who collected four out of five gold medals at stake. An San combined with Kim Je-deok for the very first Olympic gold medal in the mixed team event, and then captured the women's team and individual titles too. She was the first triple gold medalist of the Tokyo Olympics and also the first archer ever to win three titles at a single Olympics. Kim added the men's team gold medal to his name.

The sixth and the last gold medal for South Korea came from artistic gymnastics, where Shin Jea-hwan was crowned the men's vault champion. It was the second Olympic gold by a South Korean gymnast, following Yang Hak-seon's vault title in 2012. 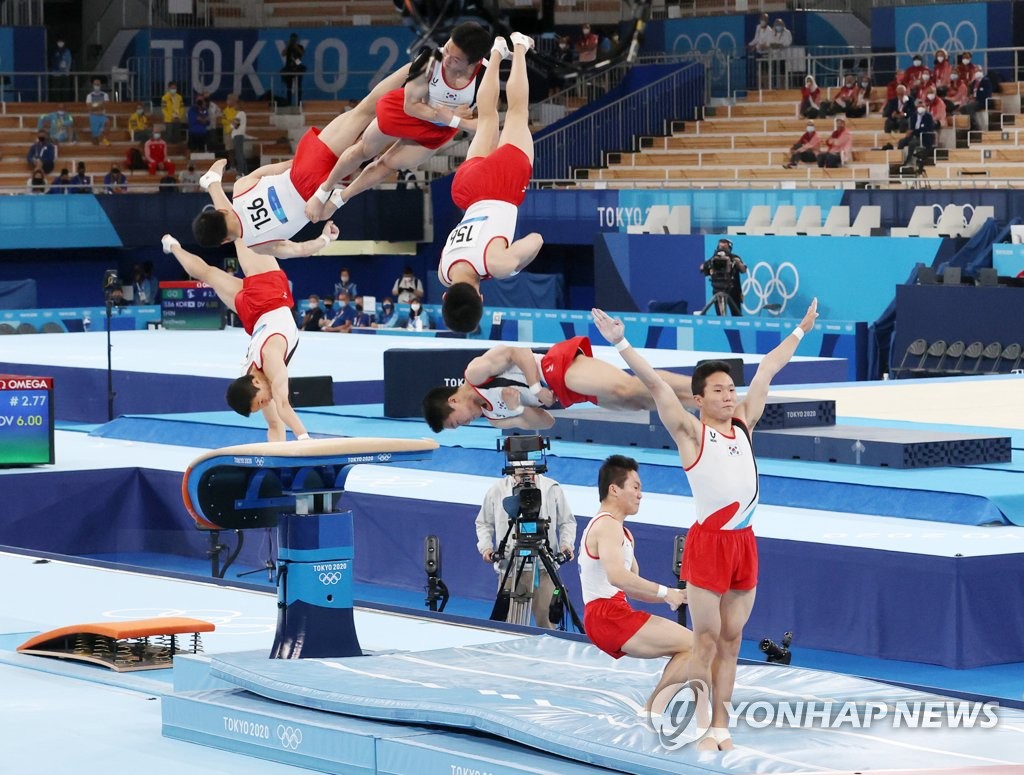 While archers and fencers were picking up medals over the early portion of the Olympics, South Koreans in taekwondo mostly disappointed. Six practitioners from the birthplace of taekwondo combined for one silver and two bronze medals, the first time South Korea has been shut out of taekwondo gold since the martial art joined the Olympics in 2000.

There were letdowns in other sports, namely in wrestling and table tennis where South Korea came up empty-handed. South Korea also didn't get any medal from baseball and women's golf, two of the most popular sports in the country.

But the improbable run to the final four by the women's volleyball team in the latter stages of the Olympics injected some much-needed jolt into the Korean delegation. 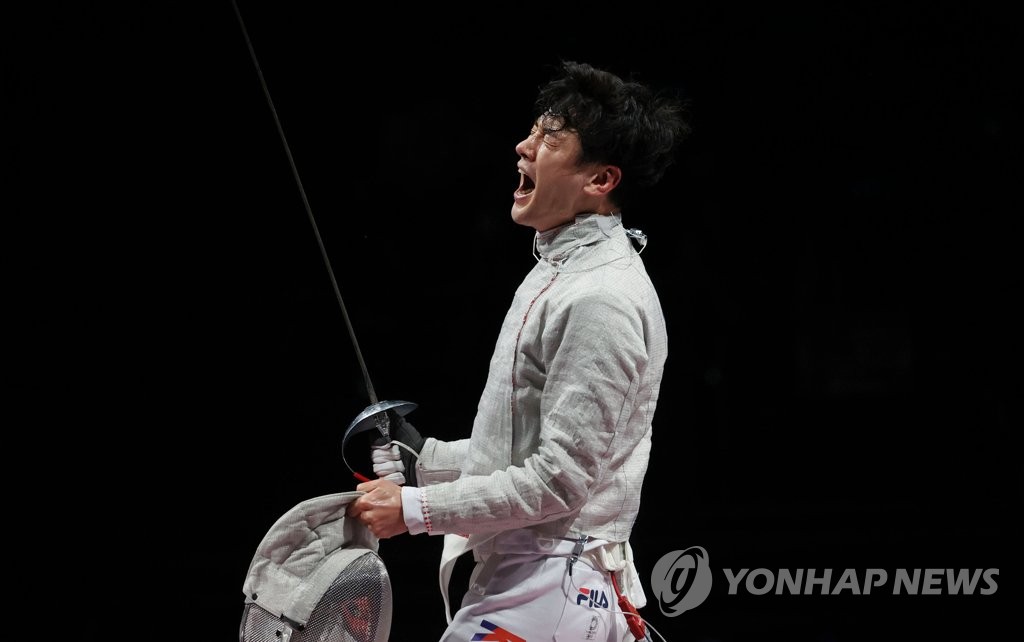 Captain Kim Yeon-koung willed her underdog team into a stunning quarterfinals win over world No. 4 Turkey. South Korea couldn't get past the second-ranked Brazil in the semifinals, and Serbia, ranked sixth, also proved to be too big of an obstacle in the bronze medal match. Still, the inspiring performance made the country that already loves volleyball fall in love even deeper with the sport.

Winning medals or setting records in sports where South Korea had previously struggled bodes well for the long-term future of elite sports in the country. National records tumbled in high jumping and swimming, for instance.

Of the many "firsts" for South Korea here, Jun Woong-tae's bronze medal in the men's modern pentathlon, which came on the penultimate day of the Olympics on Saturday, stands out.