TOKYO, Aug. 8 (Yonhap) -- All good things must come to an end, and a feel-good story of South Korea's improbable run to the final four at the Tokyo Olympic women's volleyball tournament was no exception.

South Korea lost to Serbia in straight sets in the bronze medal match Sunday at Ariake Arena in Tokyo. Ranked 12th, South Korea wasn't expected to beat the sixth-ranked Serbia. In fact, few had predicted South Korea would even get this deep into the tournament.

South Korea made it out of the group stage thanks to a pair of five-set victories, including a thriller over the host Japan in which South Korea rallied from a 14-12 deficit in the deciding fifth set. 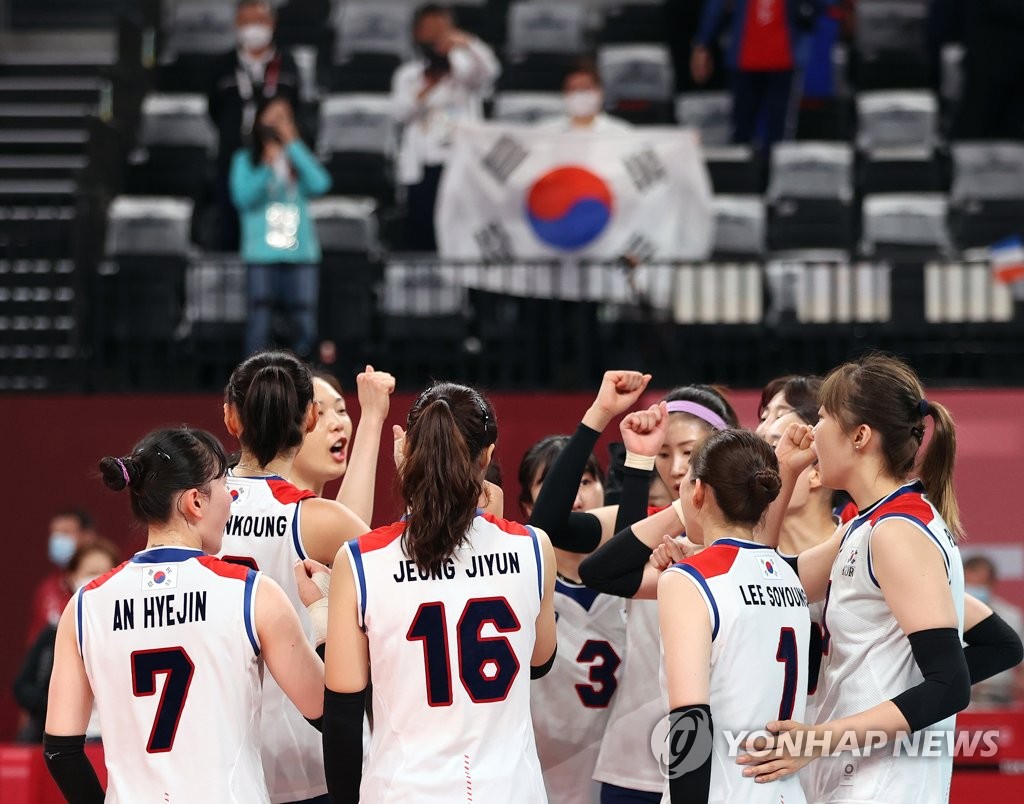 South Korea then took down No. 4 Turkey in another five-set win in the quarterfinals, ensuring at least two more matches for the underdog team determined to prove it belonged among the top countries.

But South Korea was overmatched against the second-ranked Brazil in the semifinals, losing in straight sets to drop into the bronze medal match.

It set up a second meeting against Serbia in Tokyo. Serbia had beaten South Korean in the group stage, though it was played after both countries had already secured knockout spots and benched some regulars in the third set.

They went full strength vs. full strength Sunday, and South Korea proved no match. South Korea coach Stefano Lavarini acknowledged that the difference in qualities between his team and its last two opponents was "pretty clear."

"They were totally focused, and they didn't give us any chance to be competitive for the medals," Lavarini said.

Captain Kim Yeon-koung, who led the team with 11 points Sunday, agreed with her coach that Serbia made life too difficult for South Korea. Tijana Boskovic led all players with 33 points.

"We've done some great things here, and I think we all deserved to smile," Kim said. "And from this loss today, I think we were able to identify areas that we need to work on to get better in the future." 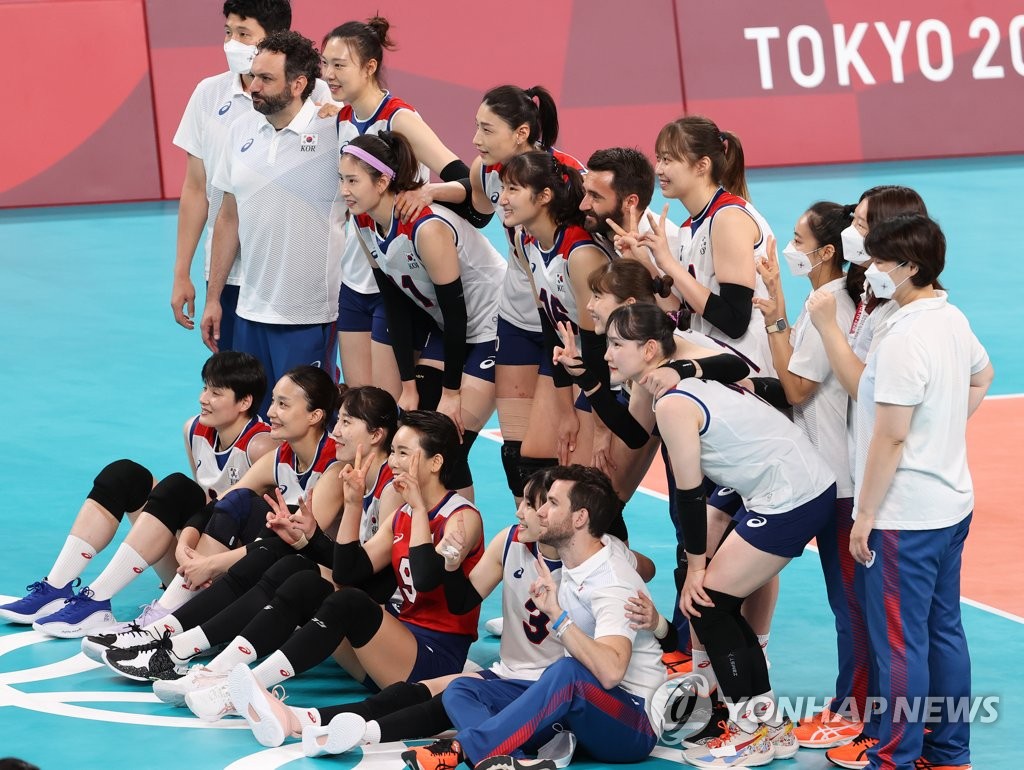 Outside hitter Park Jeong-ah said the team's initial goal was to reach the quarterfinals. She was left with mixed emotions Sunday, when South Korea's loss to Serbia still meant the team had exceeded expectations.

"We wanted to enjoy ourselves as much as possible, since there wouldn't be another match," Park said. "I wish I would have played better today. I think this tournament will stay with me for a long time."

Middle blocker Kim Su-ji said she cherished every point Sunday, knowing this would be her last Olympics at age 34.

"It's been a wild ride, and it almost felt like a dream," Kim said. "We've enjoyed such great support from fans back home, and it would have been great to give them a victory. Hopefully, our younger players will do better in the future."

Opposite spiker Kim Hee-jin said what will be an end of an era for some players could also be a new beginning for others.

"I think the Olympic Games here laid strong foundation for up-and-coming players," the 30-year-old said. "By getting to the semifinals here, I think we were able to give young players some hope." 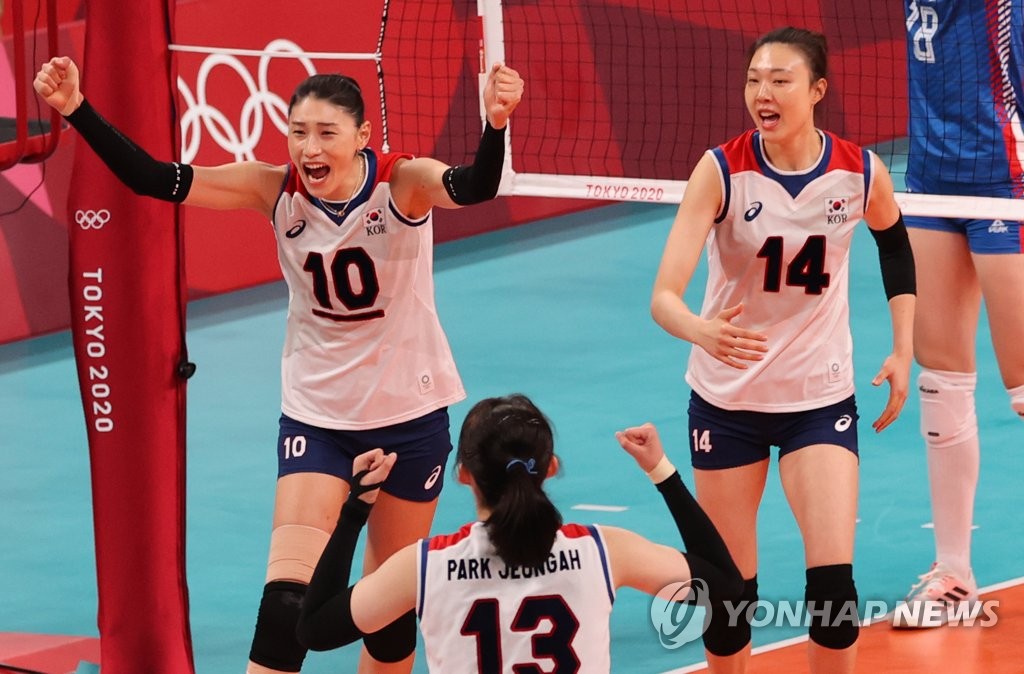