The two conscripts showed symptoms of COVID-19 after coming in contact with a person with COVID-19 in the same Army unit. A total of 24 infections cases have been reported so far in the military unit.

One of the infected Army officers, meanwhile, tested positive for COVID-19 in a breakthrough case. He has been fully vaccinated in a two-dose inoculation regimen and tested positive nonetheless, according to the Ministry of National Defense.

Including the officer, the military has so far reported 20 breakthrough infection cases, the ministry said.

Of the 1,533 cases reported within the military community, 40 people were under treatment as of Sunday, it added. 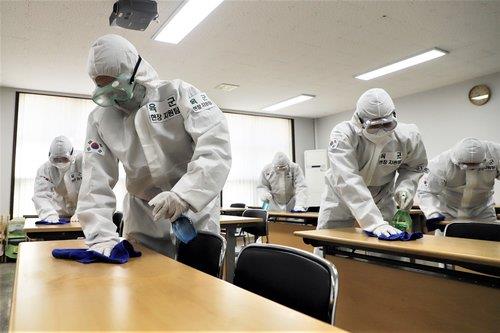