"From this moment onward, I will not even make any negative mention of other candidates, focusing instead on debates about competence and policies," Lee said in a hastily called press conference at the National Assembly in Seoul.

"Concerns are growing among party members and supporters about the escalating mudslinging in the party's primary process," Lee said of the background of his pledge.

The DP's leadership has repeatedly warned against mudslinging between the presidential contenders and party elders have also voiced concerns over the infighting, which they said could hammer public opinion toward the entire party.

Lee suggested the establishment of standing communication lines between the DP presidential contenders as a solution to the escalating smear campaigns.

"I wish that a prior verification process can be conducted first through the communication lines about any facts or private issues requiring verification so that any unnecessary allegations or controversies are not created," he said.

Lee also urged the party leadership to step in in cases of unfounded allegations or slandering launched against the presidential contenders, saying such attacks constitute "a serious act that impairs democracy." 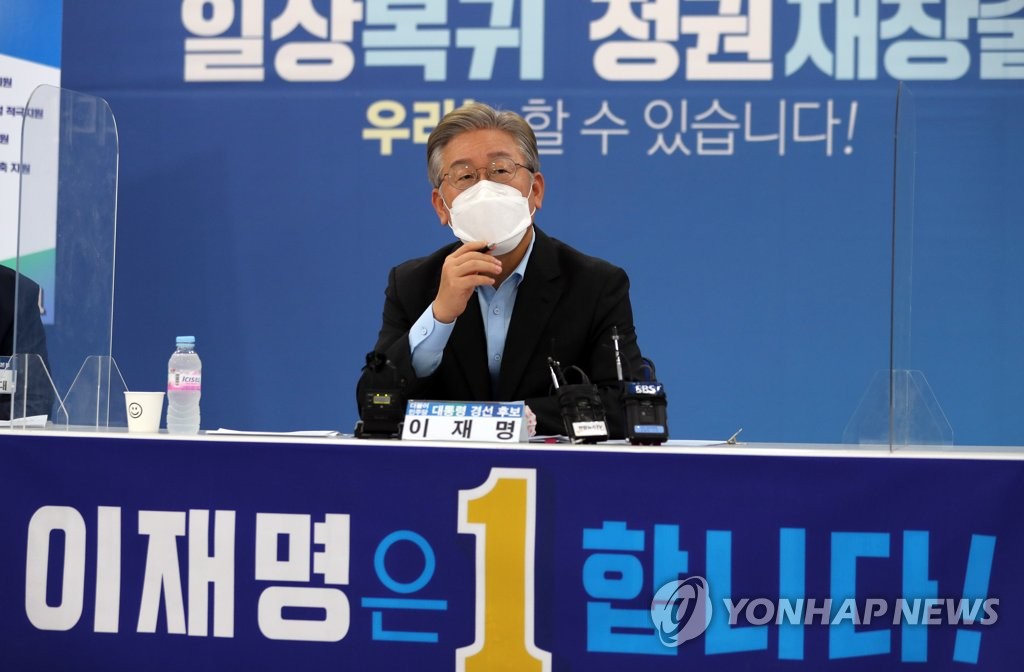 Rep. Lee Nak-yon welcomed the Gyeonggi governor's pledge, expressing a wish that "it could develop into actual action, not remaining as a mere pledge."

"I have been repeatedly told that people felt uncomfortable watching the DP's presidential primary ... I am sorry for causing concerns," the former DP leader wrote on his Facebook account, shortly after the governor's press conference. "Now let's move forward and talk about the future," he said.