SEOUL, Aug. 9 (Yonhap) -- A five-story building in the southwestern city of Gwangju collapsed during a demolition process due to improper excavation procedures that added excessive weight near the bottom, the transport ministry said Monday.

The building collapsed on June 9 and fell onto a bus that was stopped at a bus stop near the construction site, leaving nine people dead and eight others seriously injured.

The Ministry of Land, Infrastructure and Transport said the demolition team didn't abide by the excavation work standards in order to cut costs and sprayed too much water on the site, which made the soil heavy and collapse as a result.

A joint team composed of construction and legal experts said multilayered subcontracting indirectly contributed to the fatal accident as subcontractors submitted substandard documents and the process was poorly regulated.

In the process, the total construction costs was cut by 16 percent from the initial plan, which pressured workers to hastily finish the work and skip necessary safety measures, it noted.

Following the incident, five company officials in charge of the redevelopment projects have been arrested for negligence of duty, while four others have been under investigation for a breach of their duties in regard to the case, according to the Gwangju Metropolitan Police Agency. 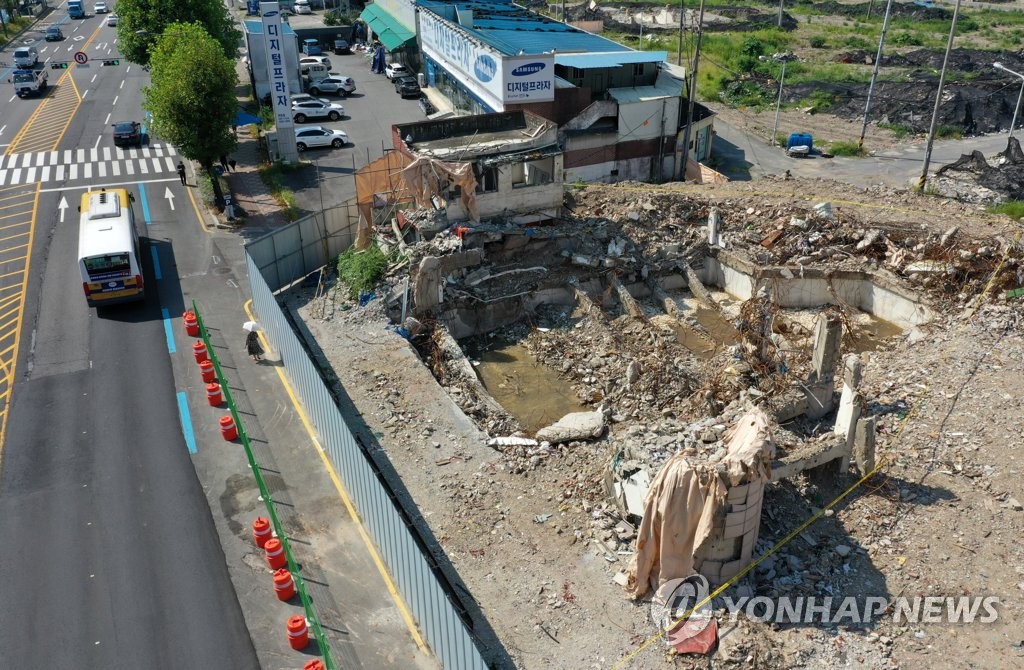