SEOUL, Aug. 9 (Yonhap) -- South Korea's daily new coronavirus cases fell back to below 1,500 on Monday on fewer tests over the weekend as the country has extended its highest virus rules for another two weeks due to the relentless spread of the virus. 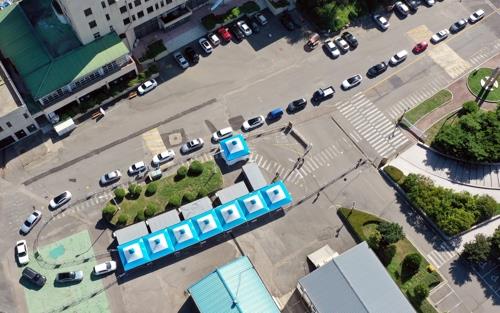 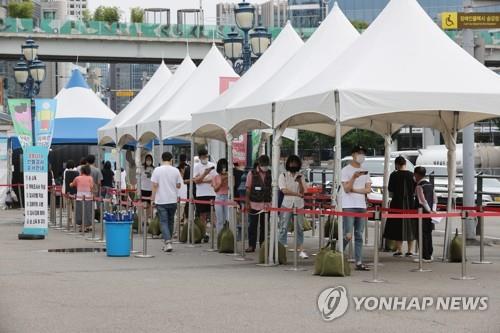 Advance reservations for vaccinations for people aged 18 to 49, estimated at some 16 million, start at 8 p.m. Monday.

The health authorities said the country may run short of its vaccine supply this month.

Moderna has notified the government that its supply of 8.5 million doses of vaccine for August will be cut to less than half of them.

The country has secured five kinds of COVID-19 vaccines, which amounted to 193 million doses able to be given to 100 million people COVID-19.

As of 9 p.m. Monday, South Korea reported 1,384 new cases, down 31 from the same time on Sunday. Daily cases, compiled by health authorities and local governments, are counted until midnight and announced the following morning.

(2nd LD) New infections under 1,500 on fewer tests; cases piling up outside of Seoul

(2nd LD) New infections under 1,500 on fewer tests; cases piling up outside of Seoul