SEOUL, Aug. 9 (Yonhap) -- Former President Chun Doo-hwan left for the southwestern city of Gwangju on Monday to attend an appellate court hearing on a defamation case after having failed to show up twice.

The 90-year-old Chun, who served as president from 1980 to 1988, departed from his home in western Seoul at 8:25 a.m. to attend his hearing at the Gwangju District Court's appellate division in Gwangju, about 330 kilometers to the south, in the afternoon. 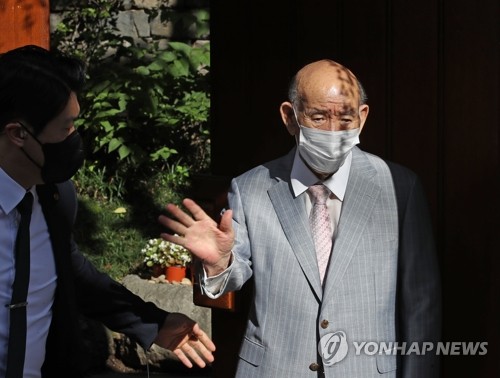