SEOUL, Aug. 9 (Yonhap) -- Heavy rains brought by tropical storm Lupit led to flooding in parts of Gangwon Province along the east coast and in the southeastern port city of Busan, authorities said Monday.

The eastern coastal city of Sokcho, 213 kilometers northeast of Seoul, received 67.5 millimeters of rain per hour on Sunday afternoon, according to the Gangwon provincial government. 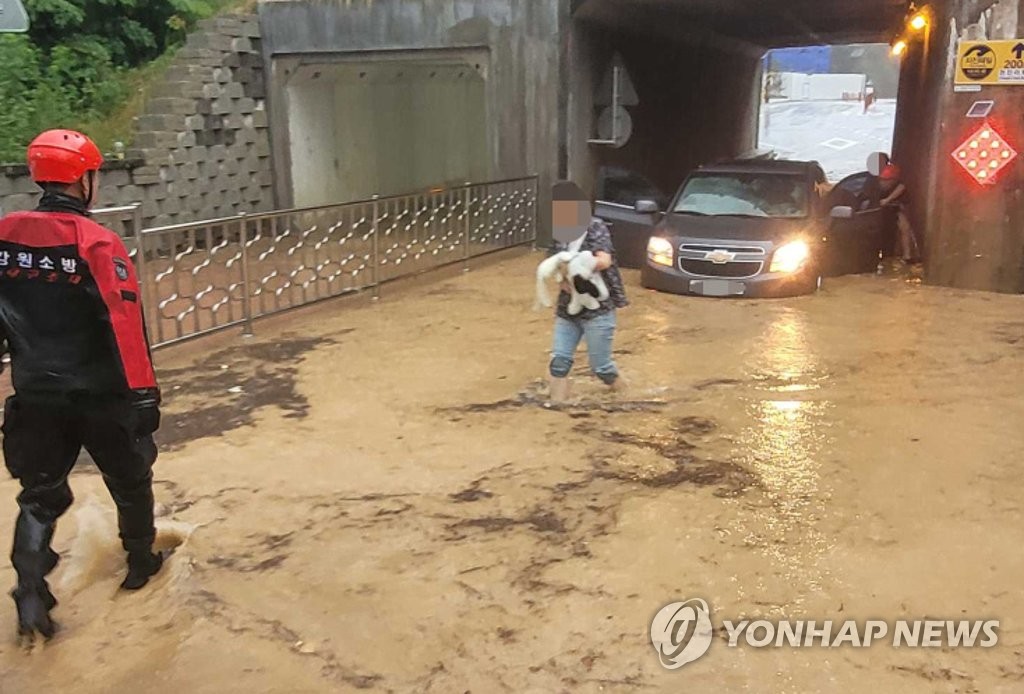 Flooding was reported at 26 houses, seven shops and one road, with the city government planning to carry out on-site inspections Monday to determine the extent of the damage.

In Goseong, north of Sokcho, firefighters pulled five passengers from a car that was trapped in an underpass flooded by heavy rain.

Heavy rain warnings have been issued in all three areas. The central government on Sunday ordered a Level 1 emergency response in the eastern coastal regions.

The Gangwon province government banned access to 52 trails in three national parks, including on Mount Seorak, and warned visitors in mountain valleys and beaches in eight cities and provinces. 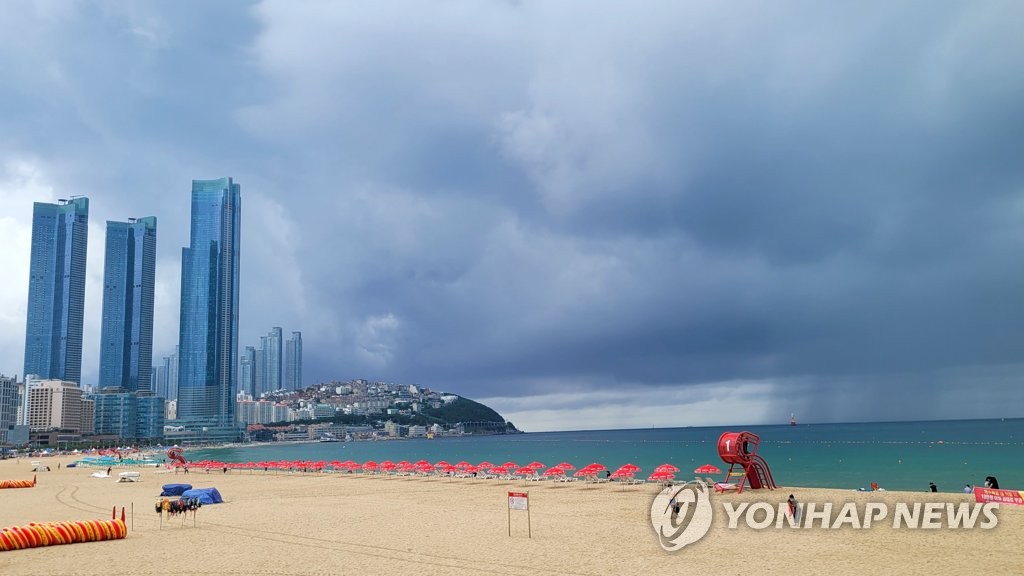 The Korea Meteorological Administration forecast up to 80 millimeters more rain on the east coast until Monday afternoon and urged caution.

Busan also reported flooding on a road after heavy rain Sunday night. The southern island of Jeju forecast up to 40 millimeters of rain Monday and cautioned against large waves on beaches and low-lying areas.

A high seas warning has been issued in waters off Jeju's south coast, where weather authorities forecast strong winds of 9 to 16 meters per second and waves between 1.5 to 4 meters tall.

Lupit has followed a northeastward path through Japan without directly traveling over the Korean Peninsula.