The developer behind the global hit "PlayerUnknown's Battlegrounds" (PUBG) will go public on the main bourse Tuesday, with its offering price set at 498,000 won (US$433.99). 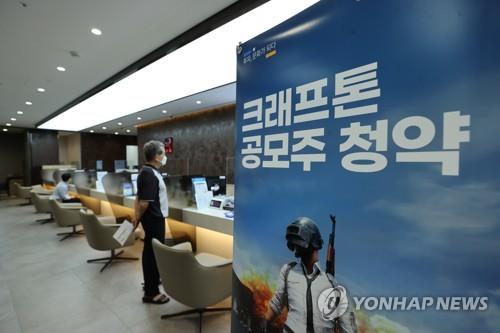 The firm is valued at 24.35 trillion won based on the offering price, set to become the No. 1 gaming stock here, dethroning the current top cap NCSOFT, whose value stood at 17.85 trillion won as of Friday closing.

Krafton's listing plan has received mixed forecasts from the market.

Its IPO has drawn lukewarm responses from retail investors, with their deposits for IPO subscriptions at just 5 trillion won (US$4.35 billion).