SEOUL, Aug. 9 (Yonhap) -- U.S. Secretary of State Antony Blinken showed a willingness to consider different "options" and "possibilities" with North Korea in a renewed call for its return to dialogue during a regional forum last week, a Washington official said Monday.

Kin W. Moy, a senior official for the State Department's Bureau of East Asian and Pacific Affairs, made the remarks during a telephone press conference on Blinken's attendance at a series of forums led by the Association of Southeast Asian Nations (ASEAN).

"In his comments, I thought we were very good about our openness to talk to the North. And I think that shows a kind of willingness to consider different options," Moy said during the press meeting.

The official added, "In terms of possible discussions down the road, the secretary mentioned that he was open to different possibilities."

Moy did not elaborate what those different options and possibilities would be. 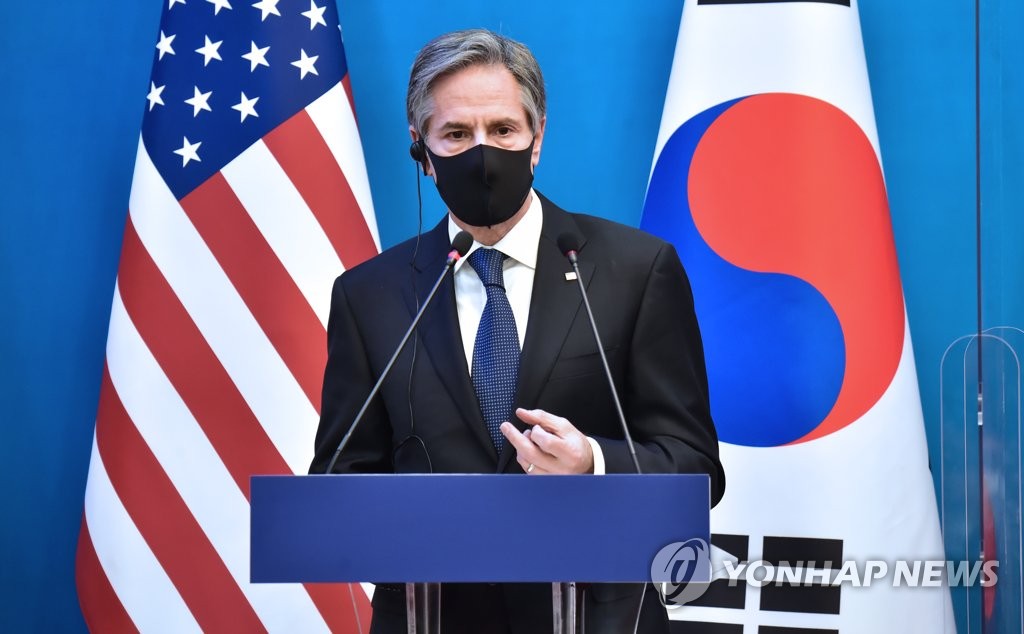 The official was referring to Blinken's comments made during Friday's virtual ASEAN Regional Forum (ARF), a rare multilateral conference involving North Korea. Representing the North at the forum was An Kwang-il, the North's ambassador to Indonesia, instead of its top diplomat, Ri Son-gwon.

Given the nature of the multilateral forum on a wide range of issues, there wasn't a "back-and-forth" exchange on the North Korean issue, but Moy voiced hope that Washington's message will be relayed to the North Korean leadership.

"We hope that the DPRK side heard us and will take those messages back to Pyongyang, and we'll see what happens," he said, referring to the North by its official name, Democratic People's Republic of Korea.

The official also pointed out that Blinken and other participants showed their interest in the denuclearization of the Korean Peninsula.

"The secretary and others reiterated an interest in a sort of comprehensive, verifiable, irreversible denuclearization of the Korean Peninsula," he said.

South Korean Foreign Minister Chung Eui-yong also attended the ARF session, where he reiterated Seoul's hopes to advance its drive for peace with Pyongyang on the back of the restoration of inter-Korea communication channels late last month.

The reactivation of the communication lines stoked hopes for dialogue, but optimism was tempered by the North's warning that the planned South Korea-U.S. military exercise would cast clouds over inter-Korean relations.