SEOUL, Aug. 9 (Yonhap) -- South Korea is expected to maintain a stable supply of pork products despite the latest outbreak of African swine fever (ASF) at a local farm, officials said Monday, although the country still needs to stay vigilant over the spread of the fatal animal disease.

The combined number of domestic pigs at local farms was estimated at 11.1 million units as of the end of June, up 0.6 percent on-year, according to the data compiled by the Ministry of Agriculture, Food and Rural Affairs.

South Korea reported its first ASF case in three months from Gangwon Province on the previous day. Authorities decided to cull around 2,400 pigs at the farm as a preventive measure. 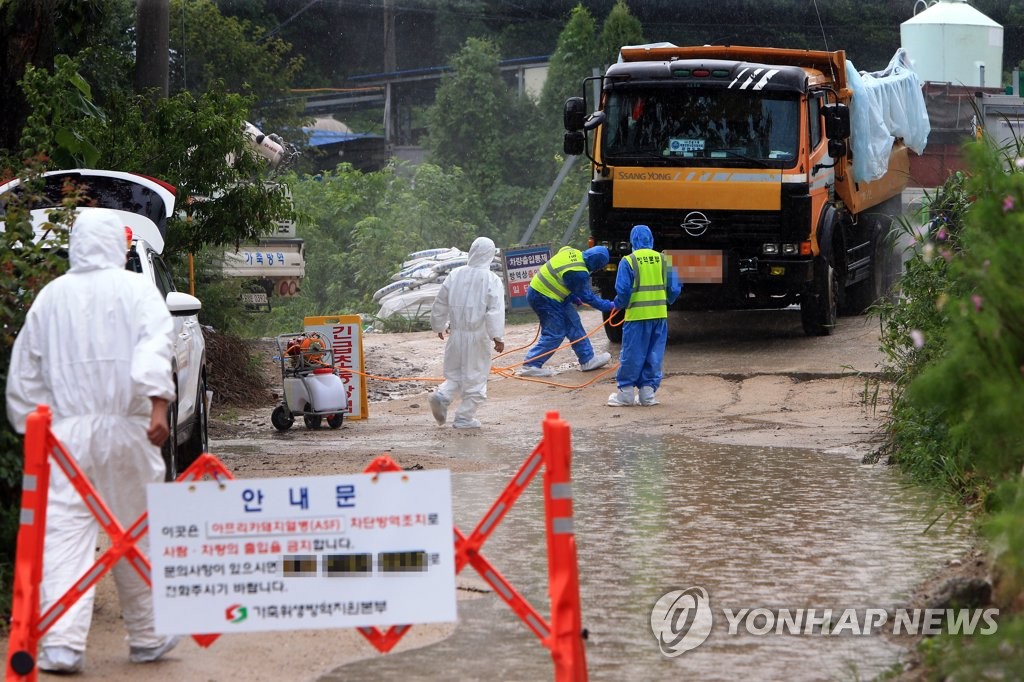 The ministry said it also has been carrying out tests on farms located within a 10-kilometer radius of the infected area. All farms investigated so far have not been found to have cases of ASF, with the process expected to be completed by the end of this week.

Authorities issued a standstill order on all pig farms in Gangwon and Gyeonggi Provinces, effective through early Tuesday.

South Korea has been warning of potential outbreaks of ASF at local farms, as wild boars born over the spring season have expanded their activities to a wider area.