SEOUL, Aug. 9 (Yonhap) -- Moderna has notified South Korean health authorities that it will supply less than half of the 8.5 million vaccines planned for August, Seoul officials said Monday, spawning concerns that the country's vaccine rollout may hit a snag.

Moderna said the vaccine supply will run short in August, adding that there are some problems in labs related to vaccine production, delaying its global vaccine supply, according to health authorities.

The government clinched a deal to secure 40 million doses from U.S. pharmaceutical firm Moderna. After shipping 112,000 shots in the first half, the company has sent an additional 2.34 million doses to Korea since July.

With the planned supply shortage, health authorities have decided to readjust the timing for administering the second shot.

Starting on Aug. 16, the second dose of mRNA vaccines will be given six weeks after the first, longer than the current four-week dosing regimen.

The government said it will immediately lodge a complaint against Moderna over the planned delay in the vaccine supply.

The country seeks to administer the first dose to 36 million people, 70 percent of its 52 million population, by September with the goal of achieving herd immunity by November. 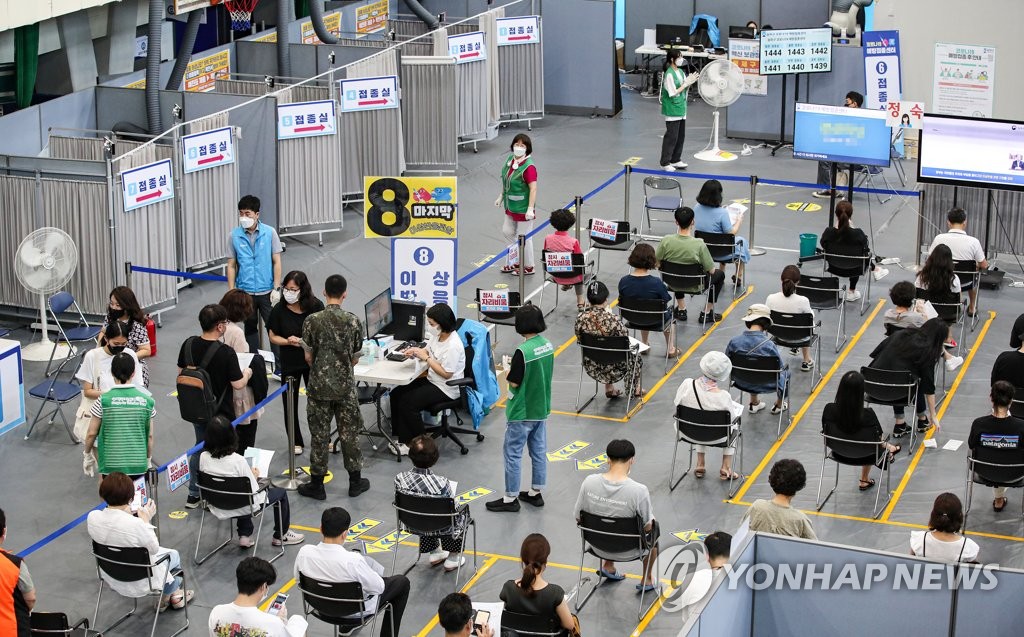