SEOUL, Aug. 9 (Yonhap) -- President Moon Jae-in called on the government Monday to make all-out efforts to cope with the spread of COVID-19 and stabilize the livelihoods of the people.

He described a set of tough social distancing restrictions currently in place as a stop-gap measure, which is not sustainable.

"The strong virus prevention measures like (those) now are just an emergency means that can be used temporarily in a short period and that can't be sustainable," Moon said.

He stressed the need for the government to make all-out efforts to curb the spread of the virus and accelerate the ongoing vaccination program.

The government aims to give 36 million people at least one dose of vaccines before this year's Chuseok holiday period starts on Sept. 18, earlier than the previous target of the end of the month, according to the president. 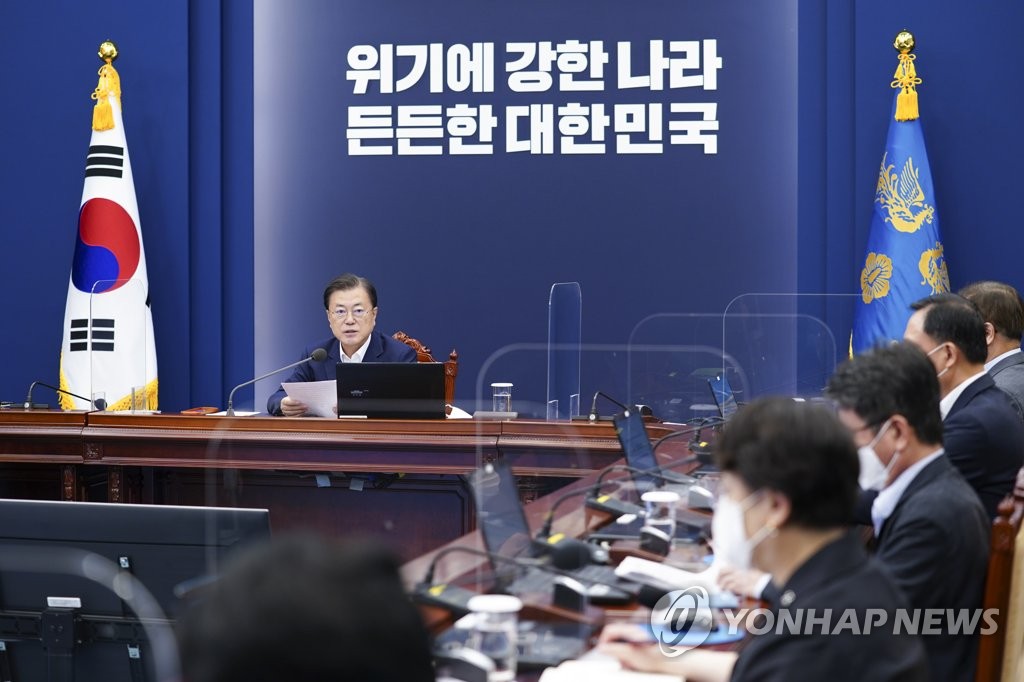 If successful, he added, South Korea will be able to explore a new virus control and prevention strategy to protect both the economy and the people's livelihoods.

The country has reported four-digit increases in daily new coronavirus cases for more than a month.

Last Friday, the government decided to extend the fourth and highest level of social distancing rules in the greater Seoul area and the Level 3 guidelines in the other parts of the nation for two more weeks.

Local health authorities are on high alert especially ahead of the Aug. 15 Liberation Day holidays and the opening of the fall semester.