SEOUL, Aug. 9 (Yonhap) -- The joint military exercises between South Korea and the United States are purely defensive and a matter to be decided by the allies, the foreign ministry said Monday, after China expressed objections at a regional forum last week.

The remarks came after Chinese Foreign Minister Wang Yi said during the ASEAN Regional Forum on Friday that the upcoming exercise between South Korea and the U.S. is not "constructive" and called for Washington to avoid any action that would cause tension with the North.

"The South Korea-U.S. combined exercise is an annual exercise of a defensive nature, and it is an issue that South Korea and the United States decide at the alliance level," the ministry said in a statement to media.

Regarding Wang's remarks, a foreign ministry official said they were "unusual."

"We believe that most of the international community fully understands that the South Korea-U.S. combined exercises are an annually-held and defensive exercise and therefore, it does not pose a threat to any particular country, including North Korea," the official said.

South Korean Foreign Minister Chung Eui-yong, who delivered his remarks at the ARF session after Wang, did not make any particular comments about what the Chinese diplomat had said, given the circumstance that the meeting took place online, the official added.

An Kwang-il, the North's ambassador to Indonesia who attended the conference, reportedly did not make any remarks about the exercise either, only saying that his country hopes for peace and stability on the Korean Peninsula, according to a source with knowledge of the matter.

Whether and how to conduct the drill set for next week has drawn keen attention after Kim Yo-jong, sister of North Korean leader Kim Jong-un warned against staging it, saying the drill will cloud the future of inter-Korean relations.

Despite the warning, South Korea has decided to conduct the exercise in a scaled-back manner, sources said. 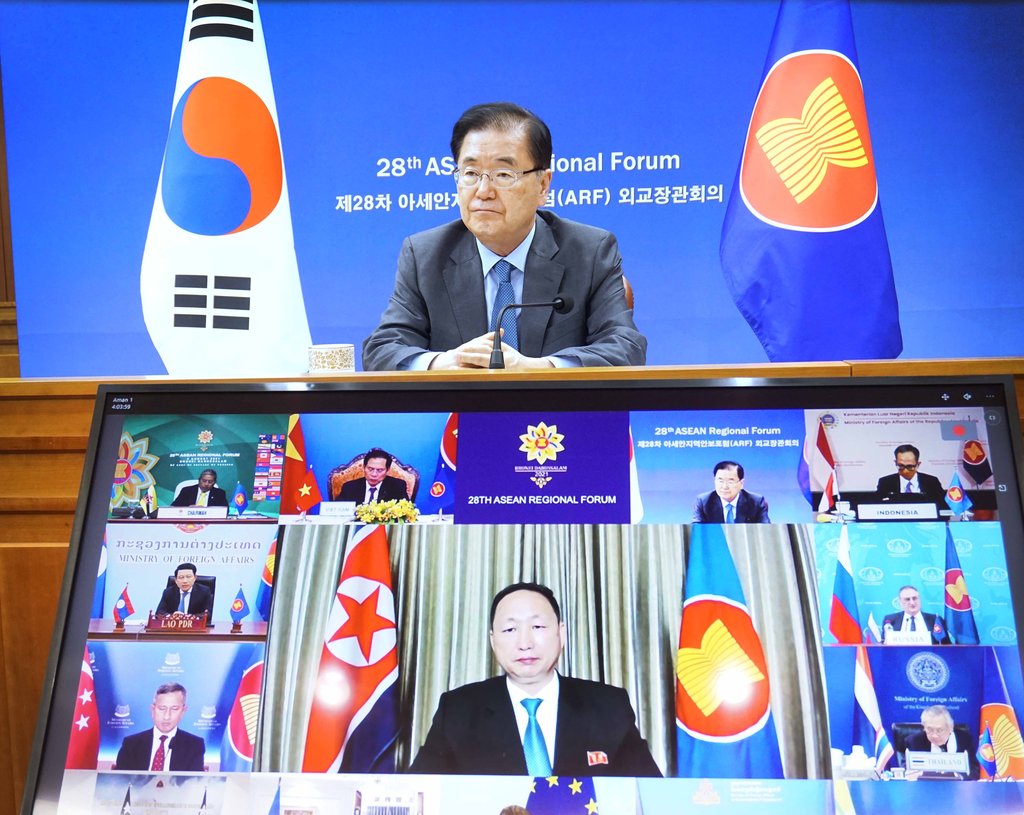 (LEAD) S. Korea-U.S. military exercise 'an issue to be decided by the allies': foreign ministry

(LEAD) S. Korea-U.S. military exercise 'an issue to be decided by the allies': foreign ministry