Renault Group has announced it will form a joint venture with Geely, the Chinese owner of Volvo Cars, to develop a Renault-brand hybrid passenger car for sale in China and a Lynk & Co-brand eco-friendly model for Korea, a company spokesman said over the phone.

Lynk & Co. is the automotive brand formed as a joint venture between Geely and Volvo in 2016.

Renault Samsung badly needs a new model, which will follow the XM3 compact SUV, to boost its sales in Asia's fourth-biggest economy.

In April, the French carmaker said it will quit its main passenger car business in China after a poor performance in its loss-making venture with Dongfeng Motor Group.

But the joint company with Geely means Renault is returning to the Chinese automobile market.

From January-July, Renault Samsung's sales fell 13 percent to 66,959 vehicles from 76,588 units during the same period of last year. 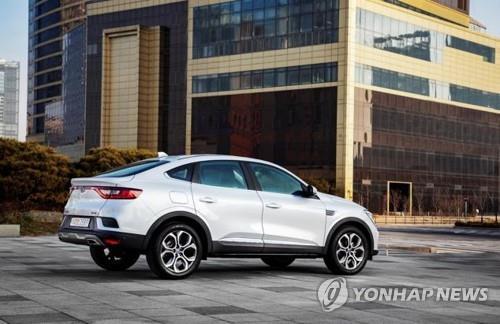