SEOUL, Aug. 10 (Yonhap) -- The sister of North Korean leader Kim Jong-un on Tuesday slammed South Korea and the United States for going ahead with joint military exercises, denouncing the drills as the "most intensive expression" of Washington's hostile policy toward Pyongyang.

Kim Yo-jong expressed "strong regrets" to South Korea for what she called an "act of betrayal" as the South kicked off a preliminary training with the U.S. in the run-up to next week's main exercise, after her earlier warning that the maneuvers will cloud inter-Korean relations.

She said the exercise shows that U.S. calls for unconditional talks and diplomatic engagement with the North are nothing but hypocrisy designed to conceal its ulterior intention of invasion, and vowed to further strengthen the country's "absolute deterrence" to cope with U.S. military threats.

"The combined exercises are the most intensive expression of the U.S. hostile policy toward the DPRK and a self-destructive act that threatens the safety of our people and further endangers the situation on the Korean Peninsula," Kim said in a statement carried by the Korean Central News Agency.

"In order to cope with the ever-growing U.S. military threats, we will further strengthen absolute deterrence, namely national defense power aimed at responding quickly to any military act against us as well as preemptive strike capabilities," she said.

Kim described the joint exercise as a "self-destructive" act that will surely bring about consequences.

"Ignoring our repeated warnings, the U.S. and South Korea went ahead with the dangerous war exercise, which will surely cause more serious security threats for themselves," she said. 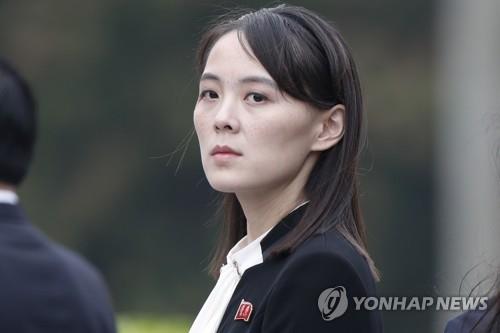