SEOUL, Aug. 10 (Yonhap) -- LG Electronics Inc. on Tuesday said it will expand its streaming service on smart TVs as the tech giant tries to increase its presence amid the pandemic-driven stay-at-home trend.

The South Korean company said LG Channels will be launched in an additional 11 European countries, including Switzerland and the Netherlands, within this year.

LG Channels, LG's free content streaming service set up in 2015, is currently available in 14 countries providing some 1,600 channels, but that will be expanded to 25 countries with 1,900 channels, it added. In South Korea, users can watch 144 channels for free. 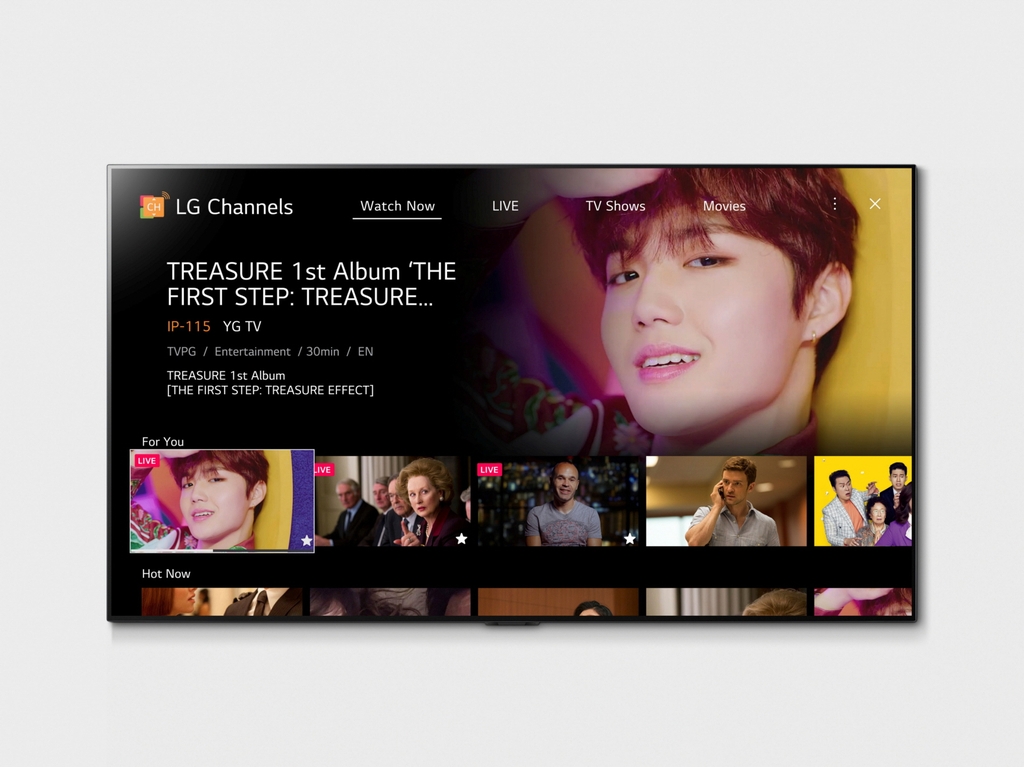 To show more content from the Korean Wave, referring to the global popularity of Korean culture, the company said YG TV, which offers exclusive content from YG Entertainment, and New K. Movies, a channel dedicated to Korean movies, have recently become available on LG Channels in the United States, Canada, Brazil and Mexico, in addition to four other European countries.

In Europe and Latin America, LG will bring popular content providers, including Pluto TV and Rakuten TV, to LG Channels.

LG said it also plans to have a software update so that its streaming service can be available on any smart TV that uses its webOS platform. Earlier, LG said some 20 TV manufacturers, including RCA, Konka and Ayonz, will release TVs installed with its webOS platform.

The world's largest OLED TV vendor said it will also apply a new user interface to LG Channels that enhances content recommendation features. The UI update for its old smart TVs released after 2016 will start next month, the company added.

LG said the number of users and their viewing time on LG Channels doubled from a year earlier, saying its efforts to expand its free content service is gaining popularity amid the stay-at-home trend.