The port city, 453 kilometers southeast of Seoul, has been struggling with spikes in COVID-19 infections in recent weeks, including a record 171 cases Saturday, amid the spread of the more contagious delta variant. The city with a population of 3.41 million reported 149 new cases as of 1 p.m. Tuesday, raising the total caseload to 9,355.

Busan will implement Level 4 social distancing, the highest in the country's four-tier system, until Aug. 22. The decision was announced on Sunday. 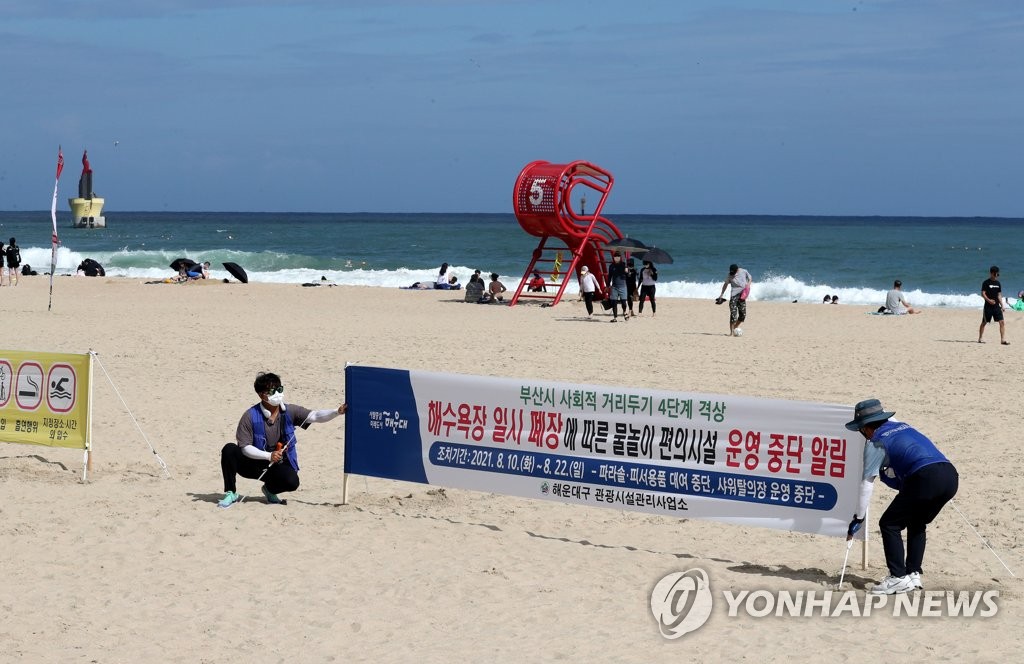 Under Level 4, private gatherings are limited to four people before 6 p.m. and two after 6 p.m.

Seven public beaches in the city, including Haeundae and Gwangalli, will be closed. Public facilities and entertainment establishments will be closed after 10 p.m. and rallies are banned.

Attendance will be limited at religious and cultural facilities, and sports events will take place without fans. The city will also reduce operation of buses to 30 percent after 10 p.m.

The toughest restrictions have been in place for the greater capital area, including Seoul, Gyeonggi Province and Incheon, since July 12.

Busan is one of the most popular tourist destinations in the country, attracting about 2.68 million foreign visitors in 2019 before the outbreak of COVID-19. 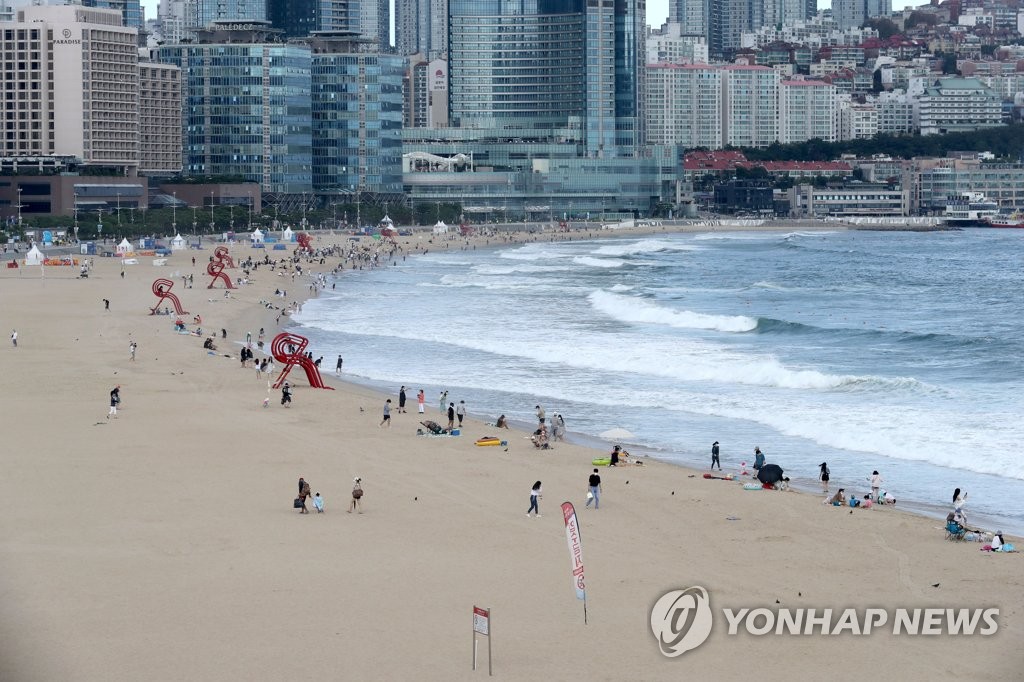 It is the first time for the city to shut down its public beaches, including Haeundae, one of the nation's largest and most popular summer destinations, during the peak holiday season.

Ticketing, rental and all other convenience facilities will be closed until Aug. 22 though visitors will not be totally banned from entering the water.

"The number of visitors is less than 10 percent (of normal) this year, so we're really in the red. The only hope was Liberation Day (Aug. 15) holiday, but now it's gone," a beach gear rental shop owner at Haeundae said.

The Haeundae ward office said the number of vacationers visiting the beach began to rise late last week, the country's peak summer vacation season, more than doubling to 68,000 on Friday and jumping to 224,000 on Saturday and 195,800 on Sunday.

Haeundae was the place where around 2,000 foreigners, including U.S. soldiers stationed in the nation, set off firecrackers and held parties without wearing masks in May, raising the ire of local residents.
(END)