SEOUL, Aug. 10 (Yonhap) -- Finance Minister Hong Nam-ki said Tuesday the government plans to call on Moderna Inc. to swiftly supply its COVID-19 vaccine as the U.S. drugmaker is expected to delay the planned shipment for this month.

Moderna has notified the government that it plans to supply less than half of the 8.5 million doses of its COVID-19 vaccine planned for August, spawning concerns that the country's vaccine rollout may hit a snag amid the fourth wave of the pandemic.

"The government should make all-out efforts to call on Moderna to swiftly supply the vaccine and seek international cooperation so as to help achieve the goal of inoculating 36 million people before the fall harvest Chuseok holiday," Hong said while presiding over a Cabinet meeting.

The country aims to administer the first dose to 36 million people, 70 percent of its 52 million population, by September, with the goal of achieving herd immunity by November. The government seeks to advance the first goal before the Chuseok holiday set for Sept. 20-23.

South Korea clinched a deal to receive 40 million doses from Moderna, which will account for the bulk of the vaccine supply for the second half. Moderna has shipped 2.46 million shots to South Korea.

Health authorities said Moderna has offered an apology for the delay, adding there are some problems in labs related to vaccine output.

The government plans to send a delegation to Moderna's headquarters to voice a strong objection to the delay and call for a quick supply of vaccines. 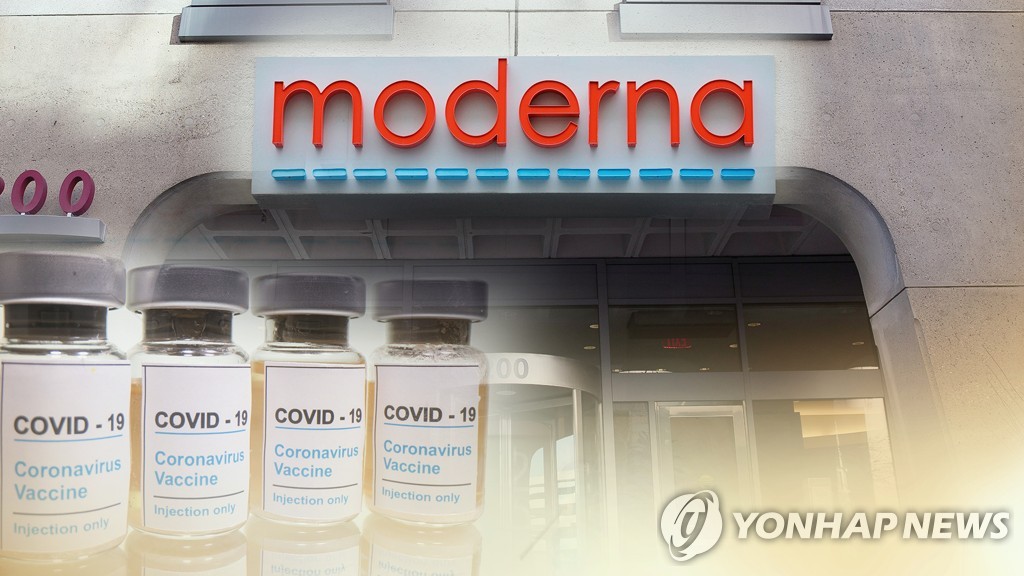