The recently retired career diplomat was included in a list of 42 expert advisers offering policy insight and guidance to Yoon.

Lee served as special representative for Korean Peninsula peace and security affairs under the current President Moon Jae-in administration from September 2017 to December 2020.

According to Yun, Kim Hong-kyun, who served as chief nuclear envoy during the previous administration under President Park Geun-hye, and Lee Sang-deok, former South Korean ambassador to Singapore, also signed up as advisers.

Yun told reporters that the two former nuclear envoys are envisioning the "completion of the Korean Peninsula's denuclearization" and the normalization of what he called Seoul's "collapsed diplomacy."

According to the campaign, the advisers will work closely to present policies that back up the candidate's visions and provide guidance throughout the race. 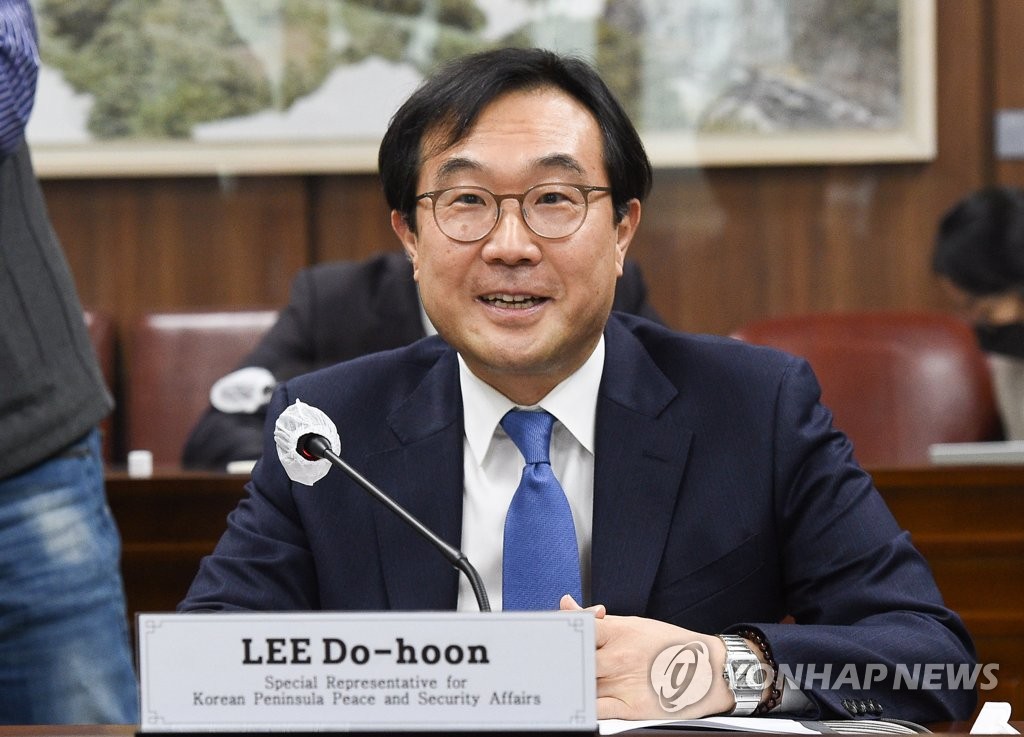