The caseload of such infections reached 10,766 here, with the number of delta cases, first reported in India, tallied at 7,467, according to the Korea Disease Control and Prevention Agency (KDCA).

The tally indicates that the delta variant is becoming the dominant strain of COVID-19 here, making it more difficult for health authorities to slow the spread of the new coronavirus.

The delta variant is behind a recent spike in the COVID-19 infections in Seoul and its neighboring areas, while showing signs of spreading much faster in the rest of the country. 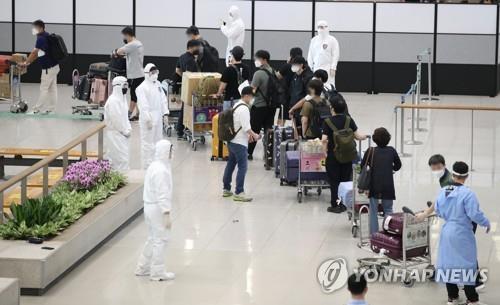 The rate of variant cases detected through gene analysis came to 75.6 percent over the past week, up from 67.6 percent reported a week earlier, the KDCA said.

The corresponding figure for the delta variant was 73.1 percent, sharply up from 61.5 percent a week earlier, according to the health authorities.

The KDCA said it will increase the number of gene analysis tests to prescreen the outbreak of variants.

Slightly over 20 million people have been inoculated as of Tuesday since the country started its nationwide vaccination program in late February.