SEOUL, Aug. 10 (Yonhap) -- Seoul Mayor Oh Se-hoon warned Tuesday that people who hold rallies over the Aug. 15 Liberation Day weekend will be sued amid the continued spread of the coronavirus.

Oh told an online press briefing that 38 groups have informed police of plans to hold 190 rallies in Seoul between Saturday and Monday.

South Koreans will enjoy a three-day-long weekend as Monday was designated as an alternative holiday for the Liberation Day, which falls on Sunday this year. The holiday is for celebrating the anniversary of Korean independence from Japan's 1910-45 colonial rule.

"In accordance with the Infectious Disease Control and Prevention Act, we have informed all the groups that the rallies are banned," the mayor said. "We ask the groups that have announced plans for large-scale rallies during the Liberation Day holiday to cancel them for the sake of people's lives and health."

He added that any additional groups will also be banned from holding rallies and that "at times, it is necessary to curtail freedom of speech if it threatens the public interest."

The city government is in talks with the police to block people from gathering at rally venues, including by sending 101 city employees to the sites each day to help police officers send people away.

If necessary, the city government will restrict public transit around the venues to prevent people from gathering, Oh said. 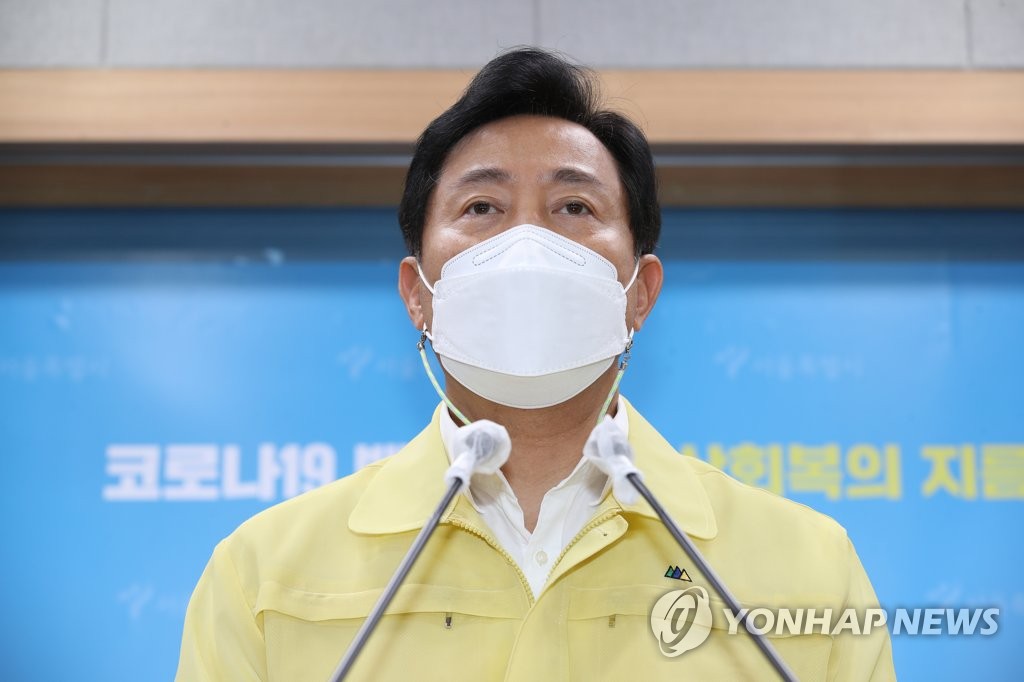