SEOUL, Aug. 10 (Yonhap) -- A special counsel team investigating alleged evidence tampering in connection with the fatal Sewol ferry disaster said Tuesday that it found no evidence to support the claim.

Special Prosecutor Lee Hyun-joo said at a briefing that the team decided not to pursue the case and to wrap up its three-month investigation.

Since May 13, the team has been looking into a series of suspicions that data saved on the ferry's closed-circuit television (CCTV) may have been manipulated or deleted, a suspicion first raised by the Special Commission on Social Disaster Investigation in 2019.

Other suspicions included the alleged fishy circumstances surrounding the collection by the country's Navy and marine police of the ferry's digital video recorder with the CCTV footage stored on it, and the suspected involvement of Cheong Wa Dae under the Park Geun-hye administration in the process.

The commission suspected that the recorder could have been swapped with a new one to conceal the real reason, if any, behind the sinking on April 16, 2014, that led to the deaths of 304 people, including 250 high schools students and 11 teachers on a field trip.

The ship's overloading and poorly secured cargo were some of many reasons blamed for the sinking. 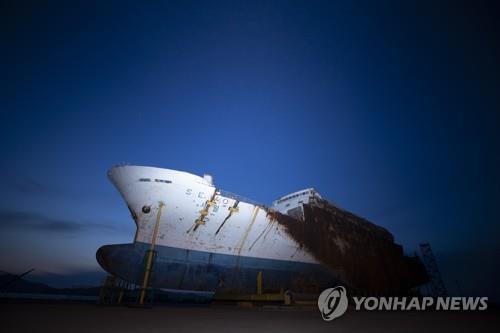 Lee's team concluded that it was not feasible that someone secretly collected the recorder from the sinking ferry and changed it with a new one, and that no evidence was found to corroborate the claim.

It also rejected the claim that Cheong Wa Dae was engaged in criminal activities in connection with the botched rescue operations.

Seven years have passed since the tragedy, one of the country's deadliest maritime disasters. But many people, especially the families of the victims, still believe that the real causes behind the sinking have yet to come to light.

Since the disaster, an official investigation into various allegations surrounding the sinking was launched nine times, and the families and civic groups still call for a new investigation to completely clear the suspicions.

Lee's team reviewed vast amounts of documents on the disaster, submitted by related authorities, including the commission, the National Assembly and the Seoul Central District Court.

It also seized documents from the Supreme Prosecutors Office, the Navy and the Korea Coast Guard, which was in charge of the rescue mission at the time, and asked for the National Forensic Service's analysis and digital forensics on them.

Prosecutor Lee said his team "did everything" it could to "find the truth" and hoped the investigation results help "resolve the suspicions." 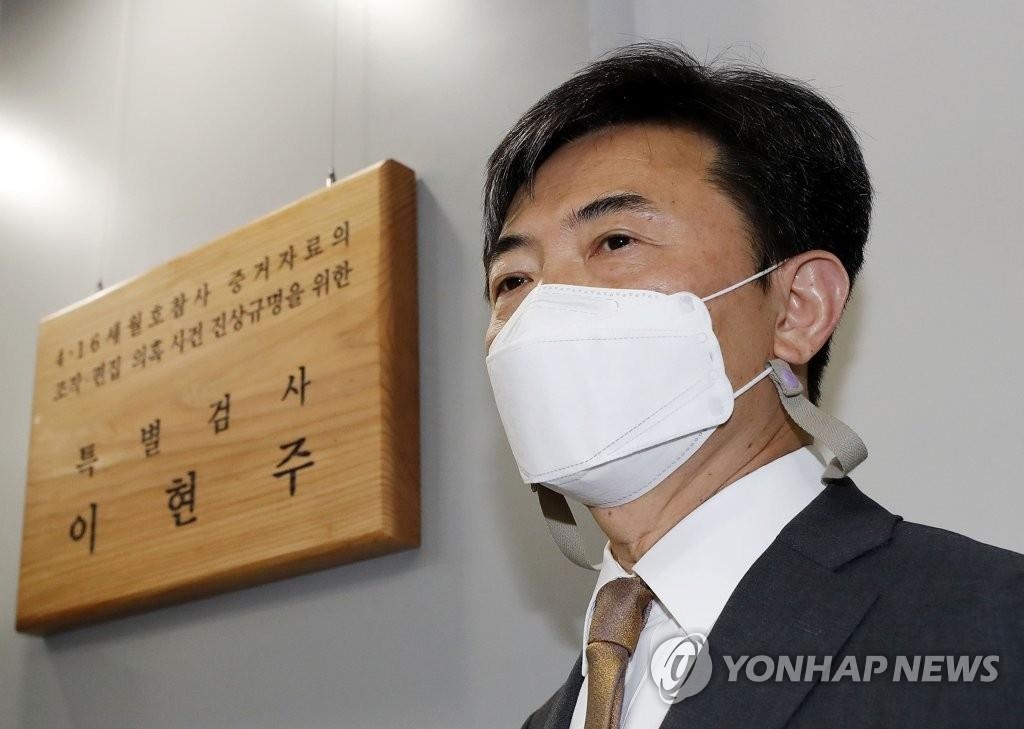