SEOUL, Aug. 10 (Yonhap) -- Senior diplomats of South Korea and the United States held phone talks Tuesday, the foreign ministry said, after the sister of North Korean leader Kim Jong-un slammed the allies for pressing ahead with their combined military exercise.

During the talks, First Vice Foreign Minister Choi Jong-kun and U.S. Deputy Secretary of State Wendy Sherman agreed to continue coordinated diplomatic efforts for substantive progress in the efforts for the complete denuclearization of and lasting peace on the Korean Peninsula, the ministry said.

Earlier in the day, Kim Yo-jong, the North Korean leader's sister, issued a statement, calling the joint exercises the "the most vivid expression of the U.S. hostile policy" toward the North and vowing to strengthen the North's "deterrent of absolute capacity."

Seoul and Washington kicked off a preliminary training session ahead of next week's main exercise despite Kim's earlier warning that the maneuvers will cast a cloud over inter-Korean relations. 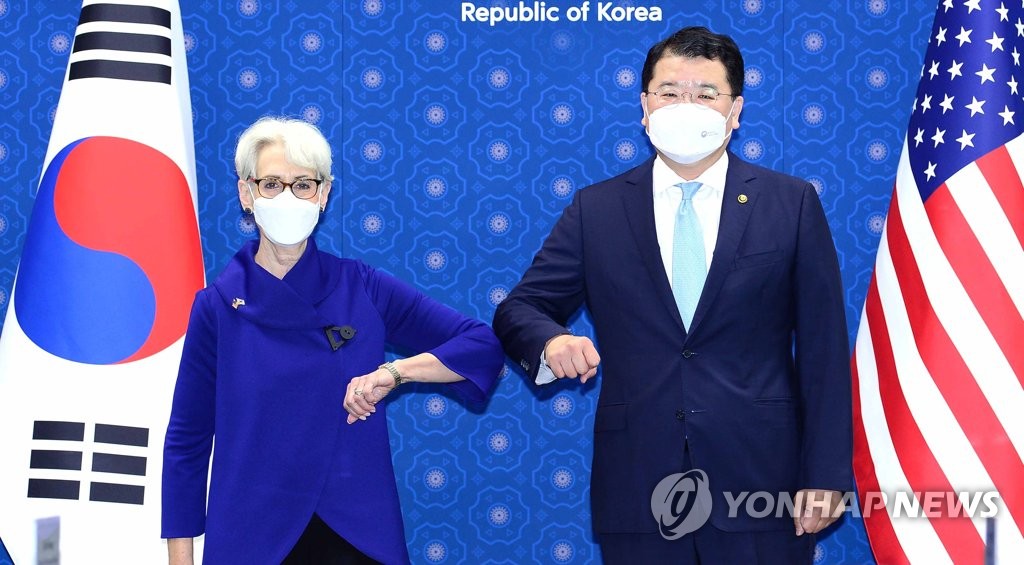