(ATTN: UPDATES with additional details, minor edits in paras 2, 5-6; RECASTS last para to correct inter-Korean communication lines were reopened in late July instead of in August as previously sent)
By Byun Duk-kun

The spokesman, Ned Price, said he had no comment on the statement issued by North Korean leader Kim Jong-un's sister, Kim Yo-jong, but insisted that the joint military drills are purely defensive in nature. 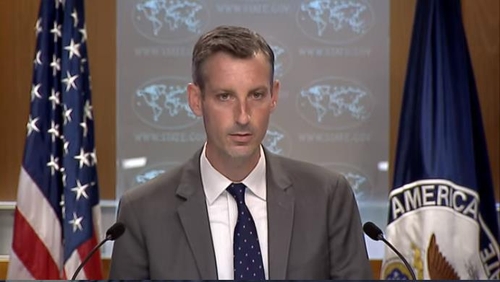 The North Korean leader' sister slammed South Korea and the U.S. for moving ahead with their summertime joint military exercise on Tuesday (Seoul time), calling it a preliminary nuclear war exercise against her country.

The statement came as South Korea and the U.S. began a preliminary exercise on Tuesday, ahead of their annual summertime joint exercise, set to be held Aug. 16-26.