SEOUL, Aug. 11 (Yonhap) -- South Korea's fisheries output rose 5.2 percent on-year in the first half of this year on the back of improved production from the aquaculture sector, data showed Wednesday.

The total fisheries output amounted to 2.3 million tons in the January-June period, compared with 2.2 million tons tallied a year earlier, according to the data compiled by the Ministry of Oceans and Fisheries. 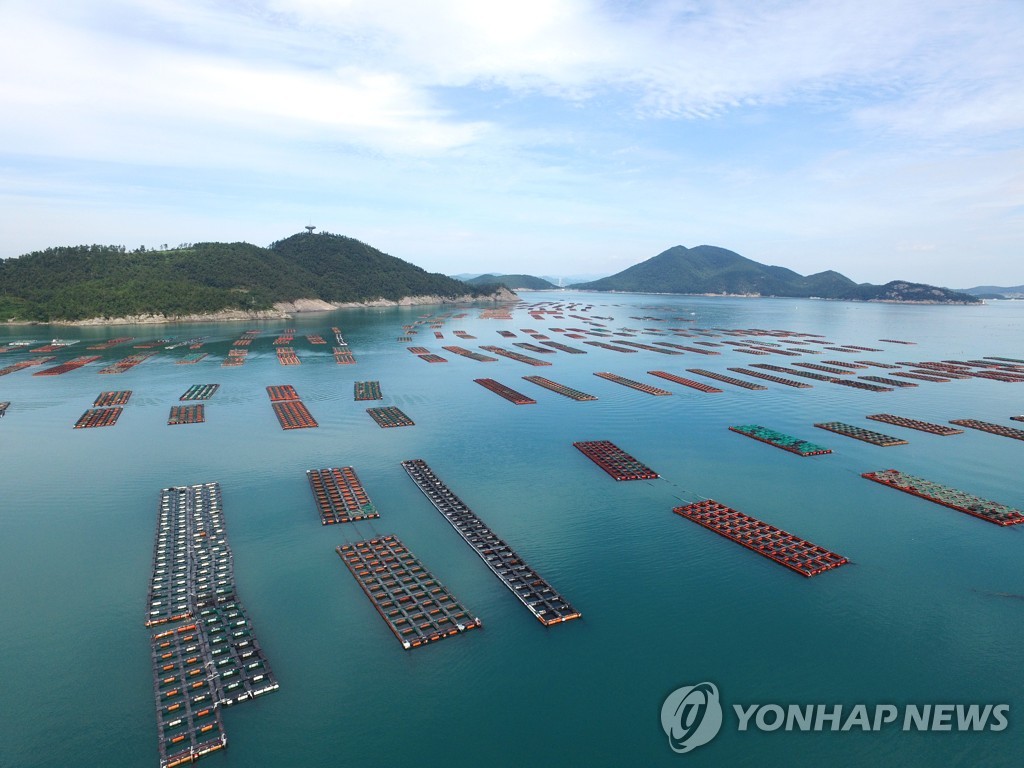 The aquaculture sector led the overall growth, with its output rising 5.2 percent to reach 1.7 million tons. The production of oysters increased 6.3 percent, and that of abalone spiked 14 percent.

Meanwhile, the output from coastal fishing dropped 0.7 percent to 366,720 tons. The amount of squid caught plunged 37.3 percent due to higher water temperatures in February and March.

The ministry said the higher sea temperature may hamper the country's fishery industry over the second half of this year.