SEOUL, Aug. 11 (Yonhap) -- More than 8 out of 10 South Koreans think colleges are too expensive and that tuition should be halved from the current level, a poll showed Wednesday.

Only 14 percent and 2.1 percent said it is reasonable or low-priced, respectively.

Also, 79.7 percent said tuition costs need to be reduced, while 14 percent said it needs to be frozen at the current state.

Another 4.9 percent called for free college education and the remaining 1.4 percent answered the tuition fees should go up. 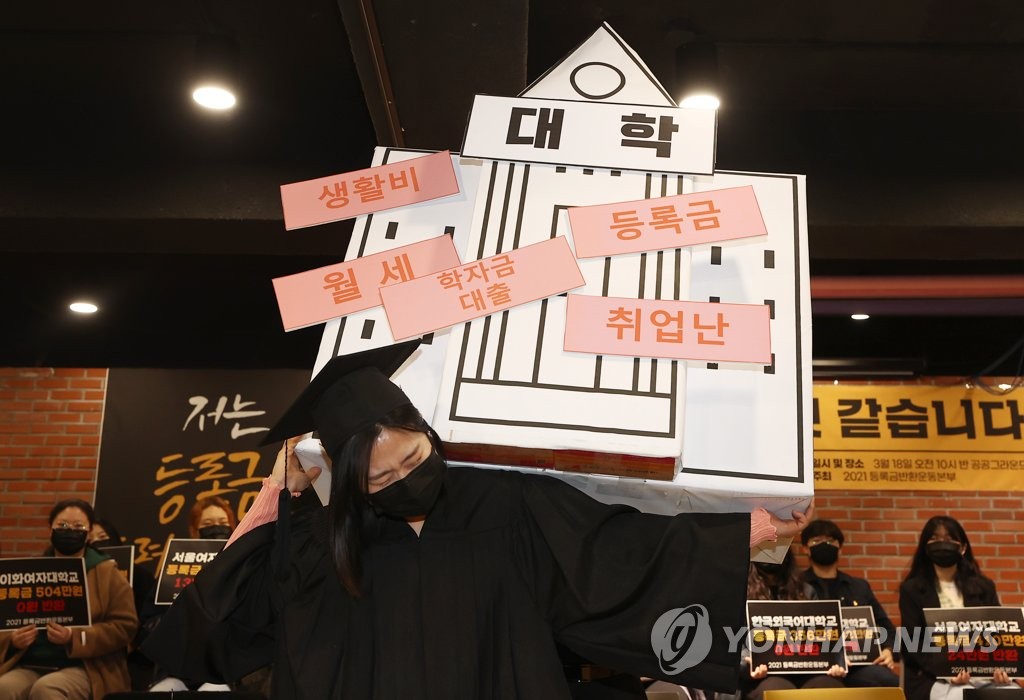 The poll also showed 83 percent are supportive of a policy to cut college tuition by half, while 17 percent said there is no need for such a measure.

Support for the so-called half-price tuition policy was especially high among those in their 40s, who bear responsibility to pay for their children's advanced education, and those who have themselves or their children enrolled in universities.

As reasons to halve college tuition, lowering the financial burden of households was cited the most at 49.8 percent, followed by the realization of basic human rights (27.7 percent), education and public interest (9.5 percent) and dismantling of academic elitism (7.6 percent).

More than 70 percent of respondents said tuition should be halved within three years from now.

Regarding making college education free of charge, 54.7 percent opposed, compared to 45.3 percent approving of the idea.

The poll, conducted by the Korea Society Opinion Institute from July 23-30, has a margin of error of plus or minus 3.1 percentage points at a 95 percent confidence level.

8 in 10 S. Koreans want college tuition to be halved: poll

8 in 10 S. Koreans want college tuition to be halved: poll