Xing made the remarks at a forum, after North Korea repeatedly bashed the South and the United States for pressing ahead with their annual drills, calling the maneuvers the "most vivid expression" of the U.S.' hostile policy to it and warning of a "serious security crisis."

"At this complicated juncture, I wish we all could do many things that are helpful for peace and reconciliation on the Korean Peninsula," Xing told reporters after attending the forum on the 29th anniversary of the establishment of bilateral relations. 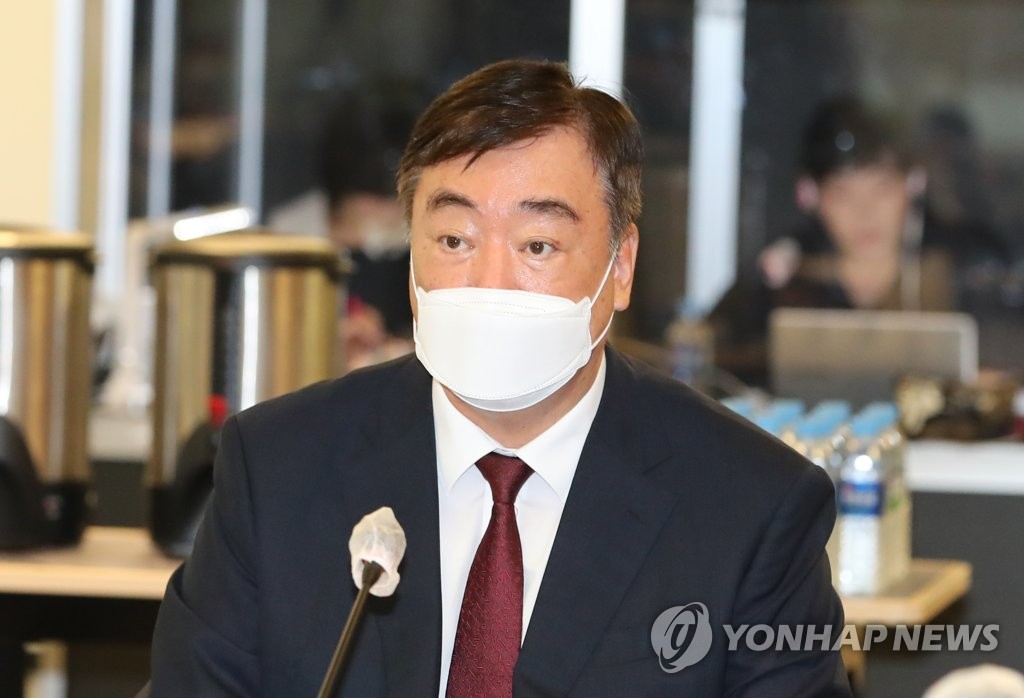 On the North's furious reactions to the drills, the ambassador said: "Inter-Korean relations should improve. As they are the same ethnic Koreans, I hope efforts are made for the better."

Earlier in the day, Kim Yong-chol, head of the North's United Front Department handling inter-Korean affairs, decried the drills, warning the North will make the allies realize "what a serious security crisis they will face because of their wrong choice."

On Tuesday, Kim Yo-jong, the sister of North Korean leader Kim Jong-un, bristled at the exercise, expressing deep regret over Seoul's "perfidious behavior" and making a rare public call for the withdrawal of U.S. troops.

The criticism dampened hopes for improvement in inter-Korean relations, which reemerged after last month's surprise restoration of cross-border communication channels.

At Wednesday's forum, Xing said that China will play a "constructive" role in addressing the Korean Peninsula issue and support South Korea's efforts to continue to improve relations between the two Koreas.

"Along with South Korea, China will seek to realize denuclearization and permanent peace on the Korean Peninsula," he said.

Xing also voiced hope that the South and China will strengthen "strategic communication and coordination" and cement mutual trust amid the U.S.' efforts to reinforce alliance-based cooperation with the South in the context of an intensifying Sino-U.S. rivalry.

The ambassador also expressed expectations that Seoul and Beijing will work together to find new opportunities through a deeper convergence of the two countries' "industrial, supply, data and human resources chains."