Seoul added 650 local infections and 11 cases from overseas arrivals, up 24 from the previous record of 637 on July 13.

The country as a whole posted 2,223 new cases, the highest number since the pandemic began, according to the Korea Disease Control and Prevention Agency.

Seoul and the surrounding area have been under the strictest social distancing measures since July 12 but to no apparent effect.

"We're still seeing a lot of hidden transmissions in local communities and cases are rising with an increase in testing," Park Yoo-mi, a disease control official at the Seoul metropolitan government, said, adding that the spread is partly due to the highly contagious delta variant.

"We ask (the public) to refrain from traveling between regions and going outside as much as possible during the upcoming Aug. 15 Liberation Day holiday," she said, referring to the three-day weekend that will start Saturday after the government designated Monday as an alternative holiday for Liberation Day, which falls on Sunday this year.

As of midnight Tuesday, the accumulative total number of cases in Seoul rose to 69,306, including 546 deaths.

Nearly 42 percent of the city's population have received their first shot of a COVID-19 vaccine, including 15.8 percent who have been fully inoculated. 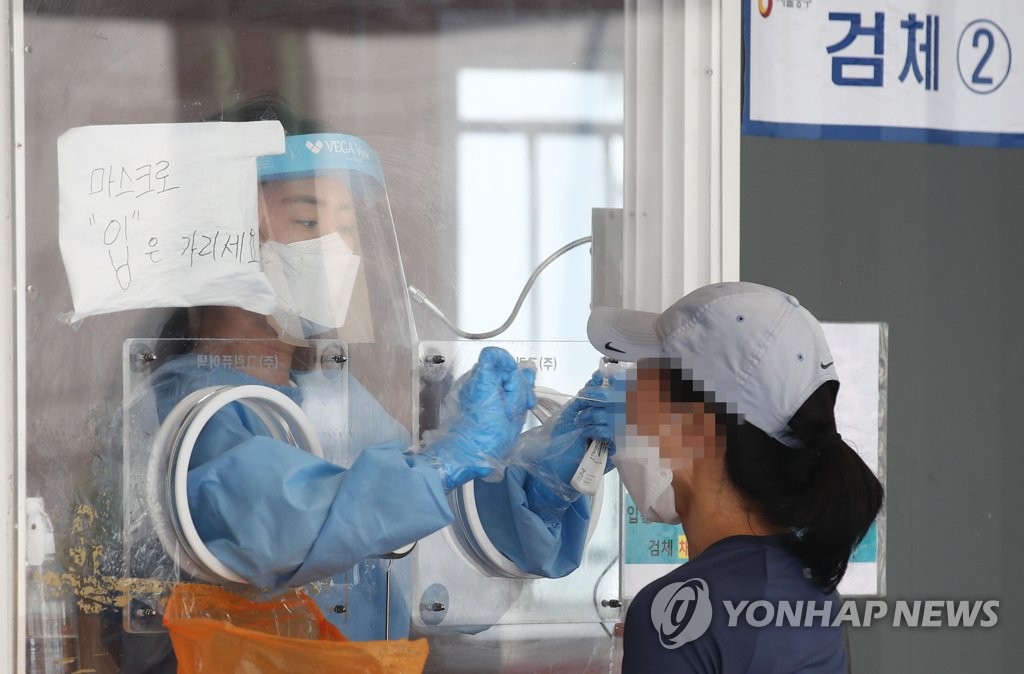