SEOUL, Aug. 11 (Yonhap) -- A South Korean court on Wednesday ruled against a victim of forced wartime labor in Japan in a damages suit launched against Japan's Mitsubishi Materials Corp. citing the expiration of the case's statute of limitation.

The Seoul Central District Court ruled against the surviving family of the late victim, surnamed Lee, who demanded 100 million won (US$87,000) from Mitsubishi Materials for the late Lee's forced labor in Japanese coal mines from 1941 to 1945.

Lee claimed that he was forced to work in Japanese coal mines during those five years. The surviving family filed a damages suit against the company in February 2017.

The court ruling is in contrast to a landmark October 2018 ruling from the Supreme Court, which upheld an appeals court ruling in 2013 that ordered Nippon Steel & Sumitomo Metal Corp. to pay each of four Korean plaintiffs 100 million won in compensation for their wartime forced labor and unpaid work.

The 2018 Supreme Court ruling was the result of a long and grueling legal process that began in 2005. The case went through two lower court defeats but became subject to a retrial in 2012 at the order of the Supreme Court. It also ruled that individual victims' rights to seek compensations from Japanese companies remained intact despite a 1965 Seoul-Tokyo treaty over colonial-era issues.

Wednesday's court ruling determined that Lee's case, launched in 2017, failed to meet a three-year legal window to pursue compensation suits from the point of becoming aware of the damages, which in Lee's case was the three years following the Supreme Court retrial order in 2012.

According to South Korean civil law, the legal right to pursue a damages suit is relinquished if a supposed victim does not take legal action within three years of becoming aware of the damages.

The latest ruling came after a Seoul court ruling in June, which rejected a damages suit launched by 85 South Korean victims and their families against 16 Japanese companies, ruling that the plaintiffs don't have litigation rights. The victims have filed an appeal. 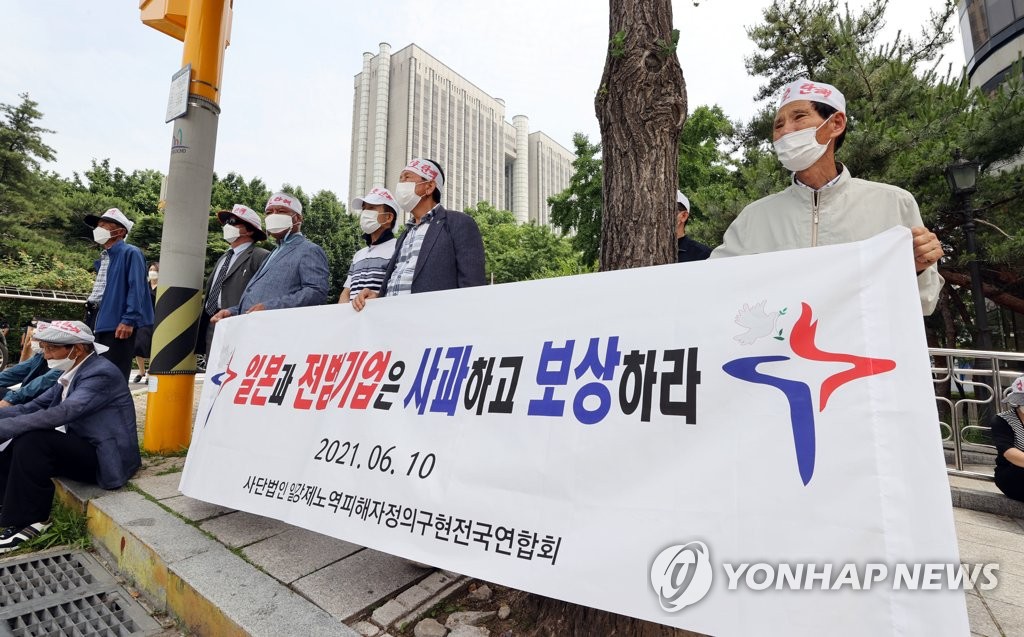